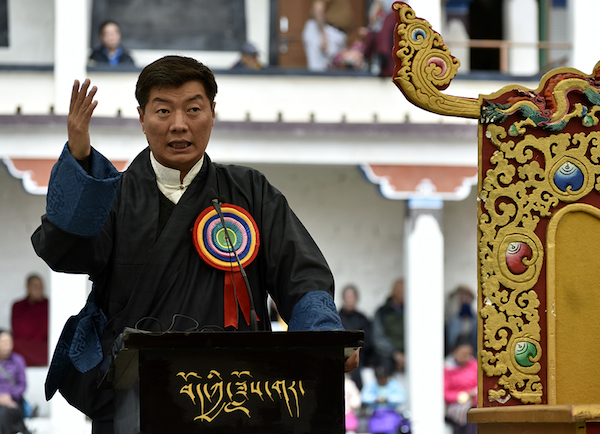 DHARAMSHALA: Amidst strong winds and a cold shower, the 23rd Tibetan Opera Festival also known as Shoton (Yogurt) festival began at the Tibetan Institute of Performing Arts (TIPA) in McLeod Ganj this morning. The festival celebrates the unique Tibetan artistic heritage of opera or Ache Lhamo.

The chief guest at the opening ceremony was President Dr Lobsang Sangay of the Central Tibetan Administration. Other dignitaries at the ceremony include Speaker Khenpo Sonam Tenphel of the Tibetan Parliament, Tibetan Justice Commissioners, members of the Kashag and Tibetan Parliament, secretaries and senior officials of the Central Tibetan Administration.

The festival was earlier scheduled to begin on 18 April but was postponed by two days in solidarity with the tragic bus accident in Himachal Pradesh that killed 27 people including 23 children.

In his opening remarks, President Dr Lobsang Sangay gave a brief background of the festival and explained how the festival came to be called Shoton. “In Tibet, the monks of Drepung monastery end their annual summer meditation by eating Yogurt. The people from nearby towns come to the monastery at this time to offer Yogurt and seek the blessings of the monks. Opera troupes also come to perform at the festival and that’s how it came to be called Shoton – the Yogurt Festival,” he said.

He also spoke about Tibetan opera and its historical links in the preservation of Tibetan culture and promotion of social work. “Little is known about the development of opera in ancient Tibet. However, it is said that Thangtong Gyalpo, a Tibetan yogi and mystic, led an opera troupe and performed in various places to raise funds to build iron suspension bridges to ease travel along the river-infested valleys of Tibet. Moreover, under the fifth Dalai Lama, who was himself a great opera aficionado, Tibetan opera received a huge boost. Since then, Tibetan opera became an intrinsic part of Tibetan culture,” he explained.

He also drew a stark contrast in the situation inside Tibet under China and in exile. He said that China is employing a concerted strategy to annihilate Tibetan culture in their attempt to transform Tibetans into Chinese and Tibet into China. However, in exile under the guidance of His Holiness the Dalai Lama, he noted that Tibetan culture has revived from the early days of exile and is flourishing.

He further stressed the importance of Tibetan culture such as opera and expressed the Kashag’s fervent efforts to retain these ancient Tibetan traditions. “As advised by His Holiness the Dalai Lama, the Kashag of the Central Tibetan Administration consider Tibetan opera as an important component of Tibetan culture that needs to be preserved. In that regard, we have provided funds to revive existing opera troupes and establish new ones across Tibetan settlements in exile,” he said.

Dr Sangay also spoke briefly about opera cultures in other parts of the world where operas have played crucial roles in the expression of political dissent and dissatisfaction. However, he said that Tibetan opera is unique in the sense that opera is considered sacred in Tibet as it contains holy texts from Buddhist scriptures.

Wangdue Tsering, Director of Tibetan Institute of Performing Arts, gave the welcome address and read out the annual report of the institute, explaining the efforts made by TIPA in the preservation and promotion of Tibet’s unique and ancient tradition of performing arts.

Eleven troupes from different parts of India and one from Nepal are participating in this year’s festival. Each troupe will present a short excerpt of their performances on the opening day.

A performance of the opera “Gyalsa Bhelsa” by artistes of Tibetan Institute of Performing Arts (TIPA) will close the festival on 25 April 2018. 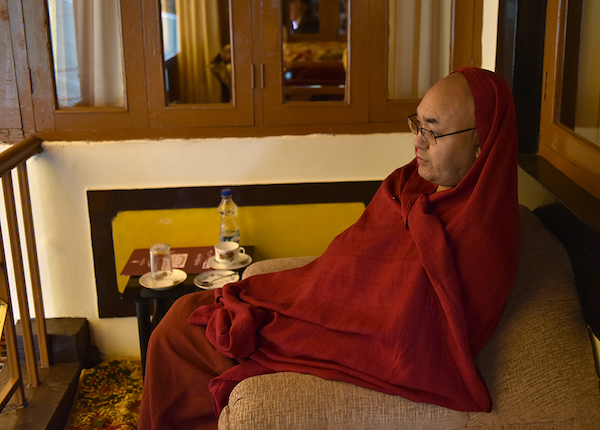 Speaker Khenpo Sonam Tenphel of the Tibetan Parliament watching Tibetan opera on the first day of the Shoton festival on 20 April 2018. Photo/Tenzin Phende/DIIR 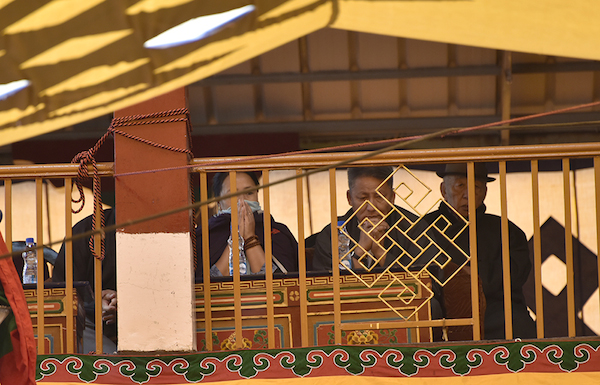 Members of the 15th Kashag on the first day of Shoton festival at TIPA on 20 April 2018. Photo/Tenzin Phende/DIIR 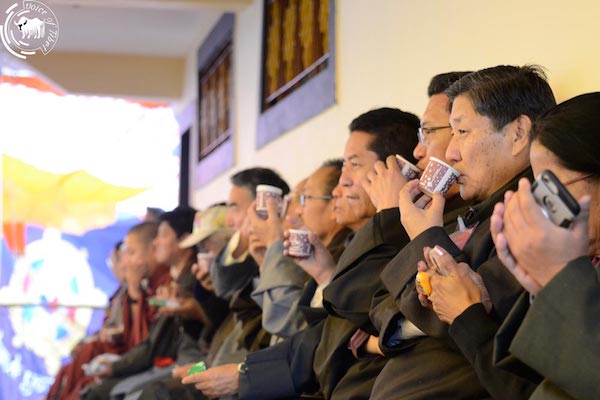 Secretaries and senior officials of the Central Tibetan Administration at Shoton festival on 20 April 2018. Photo/Tenzin Phende/DIIR 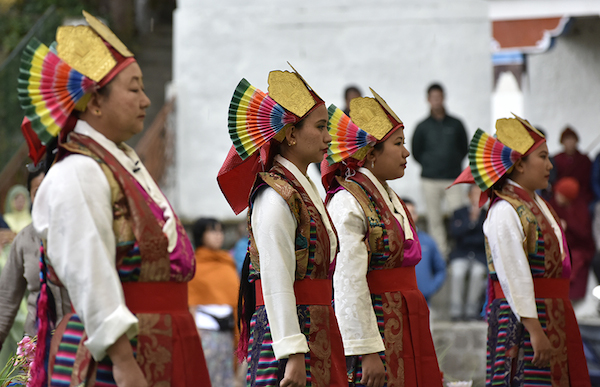 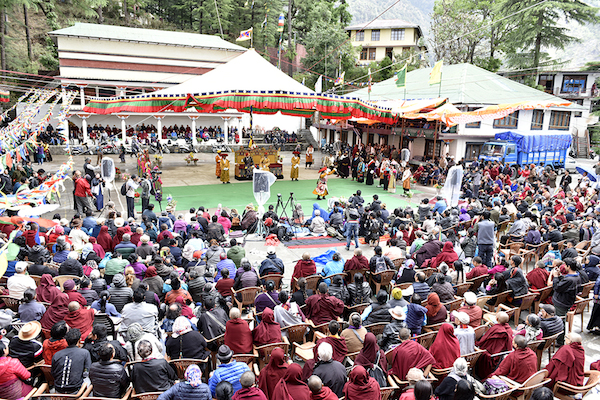 Public on the first day of Shoton festival at TIPA on 20 April 2018. Photo/Tenzin Phende/DIIR 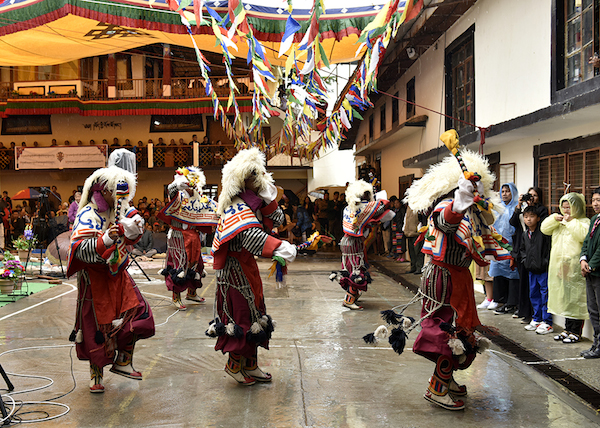 Artistes performing Tashi Sholpa at TIPA on the first day of Shoton on 20 April 2018. Photo/Tenzin Phende/DIIR 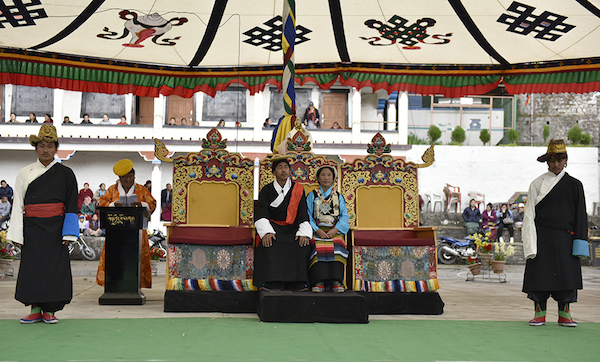