21st Century is the Century of Asia: CTA President at Conference on Tibet and China 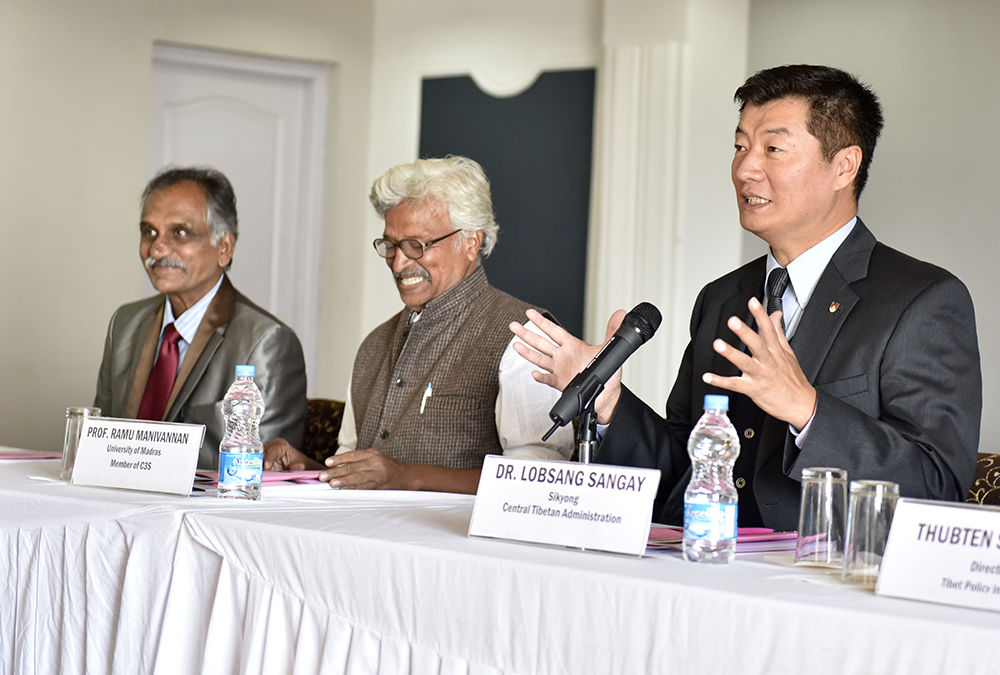 Dharamsala: The President of Central Tibetan Administration Dr Lobsang Sangay today opened a daylong conference titled ‘Tibet: A Global Common or a Bone of Contention’ at Nyatri hall, Gangchen Kyishong. The conference is jointly organised by the Tibet Policy Institute (TPI) with the Chennai Centre for China Studies.

In his inaugural address, Dr Lobsang Sangay spoke of a world where things are changing rapidly with major events surfacing every month and the rise in extremism and nationalism.

Unlike the 1990’s where ideologies of liberalism and internationalism were widely prevalent, a time when Tibet movement gained due attention and momentum, the dilemma that Tibetan people faces today, he said, is figuring how to articulate and navigate the Tibetan movement with a nationalistic element in a world where nationalism is misinterpreted or misunderstood.

In the context of Asia, referencing of the 21st century as the ‘Century of Asia’ where the boom of economic growth is much talked about, Dr Sangay emphasised the growth in arms race and militarisation of Asia accompanying economic growth as problematic.

Citing the play-out of arms race in South China and East China Sea to Scarborough Island to Doklam, Dr Sangay repudiated some interpretations suggesting the presence of Tibetans in India and the visit of His Holiness the Dalia Lama to Arunachal Pradesh as the trigger factor of the Doklam conflict. He reiterated what has long been told by the Tibetans about the expansionist design of China, a design married with the arms race that affects all of us including India.

Quoting Xi Jinping’s statement about how the security and stability of China is dependent on the security and stability of Tibet, Dr. Sangay spoke about the growing securitisation in Tibet and how the external security impacts the domestic security. He elucidated on China’s policy where Tibetans in order to gain happiness are forced to give up their security and how this policy is implemented through heightened surveillance, recruitment of security personnel in Tibet as spies and informers and with tracking the movement of the Tibetans through their high-tech identity cards embedded with biometrics chip.

Dr. Sangay reiterated that Tibet issue is not just a issue of six million Tibetans but an issue that concerns Asia and rest of the world. The geopolitical significance of Tibet and the environmental importance of Tibetan plateau and Tibet as the water tower of Asia concerns Asia and the world, he said. Emphasising on Buddhism and how China is using Buddhism in its policies, Dr. Sangay urged India, the land of the origin of Buddhism, to reclaim its status as the patron of Buddhism.

Dr. Sangay raised the question of what the 21st century as a century of Asia would mean for Tibet and how it impacts us. With growing influence and clout of China in Asia and the rest of the world and its attempt to be the super power through strategic measures such as One Belt One Road, the choice the neighbouring countries are faced with, he said, is either to accept or reject China. 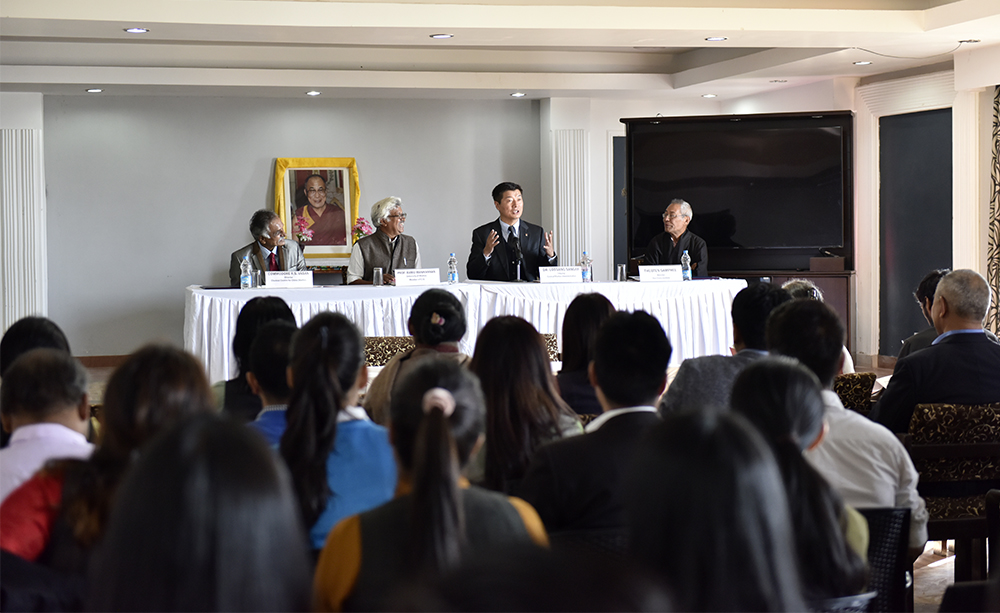