17-year-old Monk arrested after calling for freedom in Tibet 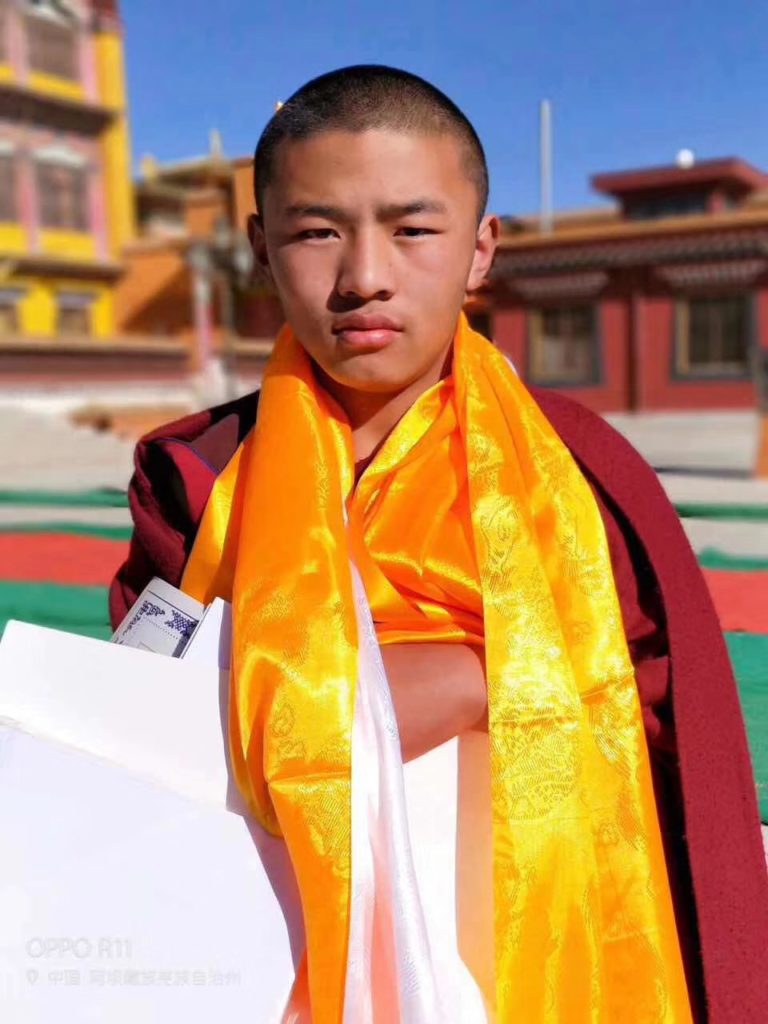 Sangay Gyatso, 17, staged a peaceful solo protest calling for ‘Freedom in Tibet’ on the streets of Ngaba on 10 December 2018.

Dharamshala: A 17-year old monk named Sangay Gyatso was detained by local Chinese authorities on 10 December this year for staging a peaceful protest calling for ‘Freedom in Tibet.’ The protest took place on the main street of Ngaba County town in Ngaba Tibetan Autonomous Prefecture, in the Tibetan province of Amdo (Incorporated into China’s Sichuan Province).
10 December is a significant date as it marks the World Human Rights Day and the 29th anniversary of the conferment of Nobel Peace Prize upon His Holiness the Dalai Lama.
According to our sources at Kirti Jeypa monastery based in Dharamshala, Sangay Gyatso carried out the protest shouting slogans calling for “Freedom for Tibet”. The local Chinese police immediately arrived at the protest site, manhandled him and took him away to an undisclosed location. Sangay was severely beaten up before he was detained. Sources said the incident was witnessed by local passersby. His current whereabouts is unknown.
Sangay Gyatso hails from a nomadic family in Soruma village in Choejema Township of Ngaba County. His father’s name is Jekar Soepa and mother’s Wangkho. Sangay is a monk at the local Kirti Monastery and a 9th-grade student of elementary Buddhist studies in the monastery.
The news of two self-immolations in Amdo Ngaba doing rounds cannot be confirmed as of now.