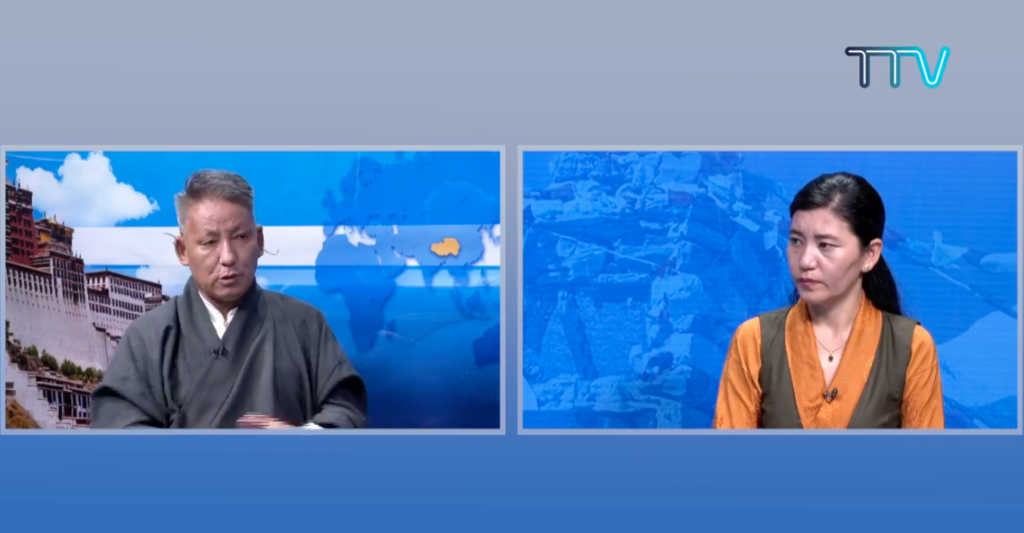 Dharamshala: On the occasion of the completion of the 4th and the penultimate year of the 15th Kashag, Kalon Karma Yeshi, Department of Finance, CTA speaks with Tenzin Chemey, Tibet TV on the phenomenal milestones set by the 15th Kashag in the areas of finance and resource mobilization in Tibetan diaspora.

Following is the English translation of the interview with the Kalon, originally conducted in Tibetan.

Tibet TV: Could you walk us through the department’s initiatives and its significant accomplishments in the past 4 years?

Kalon: The Department of Finance as one of the major departments of the Central Tibetan Administration runs under three nonprofit registered bodies which are: His Holiness the Dalai Lama Charitable Trust; Tibetan Administration`s Welfare Society; the Social and Resource Development Fund (SARD) and Gang-Jong Development Finance Pvt. Ltd which was incorporated on 27 November 2017. All the developmental undertakings of the Department of Finance is lawfully executed through these four registered bodies.

One of the most crucial functionaries of the Finance department is the Budget section. This section monitors the CTA’s budgetary cycle which includes planning, coordination and supervision. It monitors the budget proposals of each Department and offices under CTA and maintains its overall account. It is also responsible for reviewing budget proposals of all Tibetan settlements and offices and presenting it to Kashag and then is forwarded to Tibetan Parliament-in-Exile for approval. Due to the grace of His Holiness the Dalai Lama and the vision and leadership of Kashag, the Budget section has seen tremendous growth.

The annual budget for the activities and functions of the CTA’s seven departments, autonomous bodies and other CTA offices has increased by three-fold since 2011. The consolidated budget approved this year was around 3 billion, which is three times more than our budget in 2011.

There is a tremendous increase in this year’s annual budget and respectively the allocation for each department has increased as has their functions, capacities and programs. Through the budget section, the Department plays a key role in supporting the overall organisational development, optimising the roles of each department, ensuring that our financial plans are sustainable and well-grounded and thus driving forward CTA’s short and long-term vision.

Likewise, the Tibetan voluntary Green book Contribution is equally important. The green book is a bridge that connects the Tibetan public and the Central Tibetan Administration and the green book contribution is the fundamental duty of each and every Tibetan. Tibetans in India, Nepal and Bhutan are able to pay their green book dues without any issues so far. However, among Tibetans living in the west, due to various constraints, it has been difficult to get 100% payment. To resolve this, we have made extraordinary efforts during my term to achieve 95 per cent payment. We have reached this target in smaller diaspora communities but efforts are still going on in the larger ones.

Thirdly, we have achieved recognisable growth in the members for the bluebook solidarity movement; around 7900 members in total. The blue book solidarity movement is a project to raise awareness about the Tibetan political situation and culture to non-Tibetan friends around the world. It also encourages our friends to contribute 10$ or 20$ or 50$ per annum towards the main trust fund of the Central Tibetan Administration.  We are still committed in our endeavours to increase the membership by liaisoning with the Offices of Tibet and Settlement Offices. If we can do that, in the future, the whole expenditure of the CTA will be met through this fund. So, this blue book solidarity movement is essential to raise funds for the CTA’s trust fund and garner international support for the Tibet movement.

Fourth, Gang-Jong Development Finance has made significant progress towards supporting small and medium Tibetan business who are unable to approach banks and other financial institutions due to lack of collaterals. In December 2018, Gangjong Finance, a non-banking financial corporation of the Department of Finance, became a legitimate Non-banking Financial Institution registered with the Reserve Bank of India (RBI).

Through Gangjong Development Finance in the first year (2017), a loan of 9,13,00,000 INR was disbursed to 913 sweater sellers for a fixed period of six-months with a relatively low-interest rate. The loan amount was repaid 100% by February/March of 2018. In 2018, a loan of 13,14,00,000 INR was disbursed to 1314 households followed by a loan of 18 crores to 900 households. All of which was repaid 100%. By supporting Tibetan business to thrive through its low-interest loan services, the Gangjong Finance has achieved a significant milestone in the past over 3 years in strengthening the self-reliance and sustainability of the Tibetan community in India.

In addition to sweater sellers, three additional beneficiary groups have been included in the program which includes those selling trinkets on pavements in tourist destinations, those raising horses and mules for traditional caravan services, and those running taxi services.

Tibet TV: There is a sizeable population of Tibetans in Nepal. Can you discuss the key welfare and development initiatives of the Finance department focusing on these population?

Kalon: In continuation of the vision of the 14th Kashag, the incumbent Kashag have implemented a series of new ventures in Nepal focusing on the Tibetan population there. The goal is to strengthen the development and long-term resiliency of the Tibetan community. Accordingly, the Finance department appointed two new coordinators of SARD and TED respectively with the objective to support the development efforts and sustenance of the Tibetans living in Nepal. As part of this initiative, I attended the 50th founding anniversary of Lodrig Tibetan settlement on 15 October 2016. Thanks to the visionary leadership of the 15th Kashag, we have established a new partnership with the Lodrig settlement office for implementation of settlement sustenance-related programs for the Tibetans in Nepal.

Of the total Tibetan diaspora population, Tibetans in Nepal constitute only 10 per cent but the budget allocated for the Tibetans in Nepal forms 15 per cent of the total annual budget of CTA. Every year, USD 3 lakh through the PRM and USAID 5 lakh through the USAID is disbursed to support developmental efforts in the Tibetan population. The shared commitment and partnership between the CTA, the Lodrig Office, Snowlion Trust and our funders have facilitated to making these progress as per the Kashag’s vision.

Tibet TV: In this final year of the 15th Kashag, what are the initiatives that the Kashag is hoping to complete this year and are there any new undertaking planned for this year?

Kalon: With regard to implementing new initiatives, it is not viable as the electoral process for the 2021 Kashag and Tibetan Parliament has already begun and we need to adhere to the applied guidelines.

An important endeavour that is already underway is the registration for Gangjong Finance as a full-fledged bank. Earlier the minimum capital in the licence for Small finance banks was Rs 100 crore and accordingly we had envisioned and strategised a plan of action to gain the license. However, last year the RBI revised the minimum paid-up capital requirement for Small Finance Banks to ₹200 crores instead of ₹100 crores earlier. In light of these unforeseen challenges, the course of our plan is certainly affected and slowed down but efforts will continue and if not in this Kashag, the vision will be realised by future leadership.

Secondly, self-reliance whether in business or any means of livelihood is absolutely imperative for the Tibetan community. Looking back at the status of Tibetans in the 1950s, we have come so far in terms of education, welfare, financial and social status. However, the attitude of dependency is still present in the community. The dependency syndrome hampers the long term sustenance of society. I think we need to root out this attitude and become a confident, fully self-sustained society.

Thirdly, public participation in the Tibetan voluntary Green book Contribution and the blue book solidarity movement is extremely crucial and increasing their membership will remain a high-priority while I hold the office.

Lastly, the most important initiative is the renewal of the second USAID five year grant. In 2016, we have received the first five-year grant of 23 million for strengthening self-reliance and resilience of Tibetan communities in South Asia. The grant expires in September 2021. In order to continue receiving the grant for the next Kashag, the incumbent Kashag and the Department of Finance has already begun preliminary preparations.

Once approved, this will ensure the vitality of Tibetan communities, institutions and businesses for the next five years while propelling forward the CTA’s vision for the peaceful resolution of the Tibet issue and the preservation of the Tibet’s unique identity and culture.

I take this opportunity to thank the dedicated staff of CTA and the Department of Finance, as well as the exceptional leadership of the Kashag, under whose vision, we have set phenomenal milestones in this 15th term of Kashag.

Lastly and most importantly, I pay my profound reverence and gratitude to His Holiness the Dalai Lama who has guided us throughout with his blessings and enlightened counsel.

Tibet TV: Thank you, Kungo. Congratulations on the successful completion of four years of Kashag and best wishes on the final.