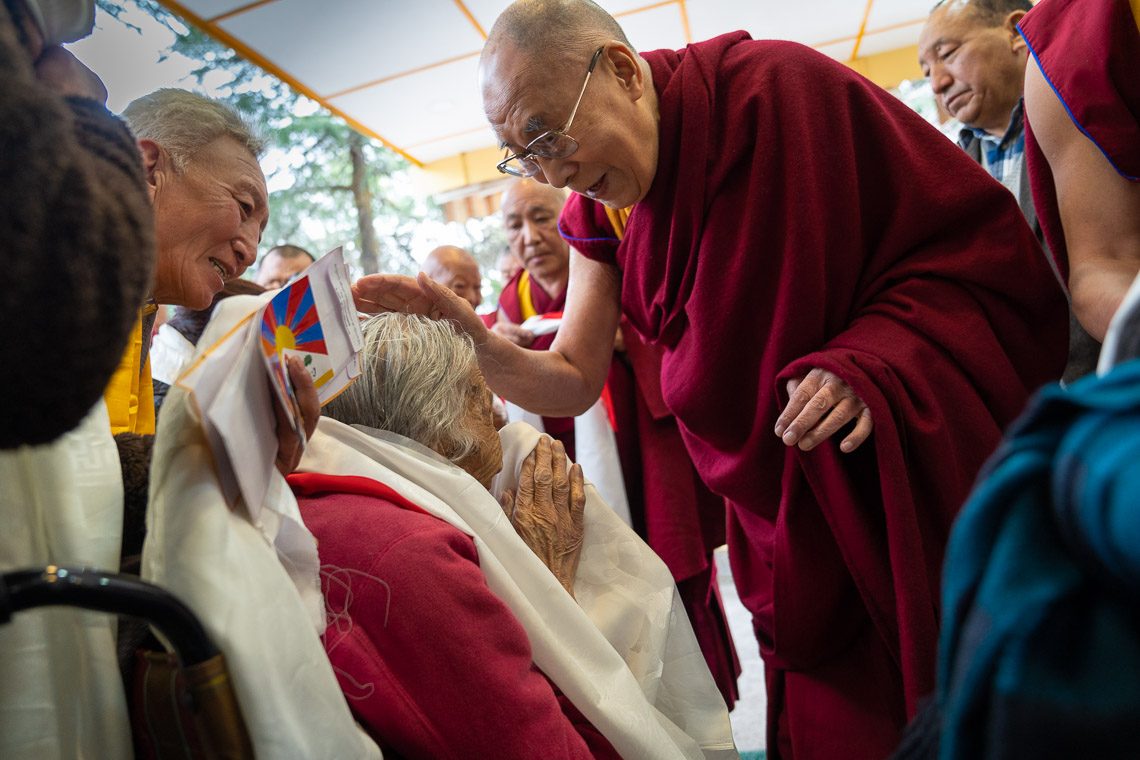 His Holiness the Dalai Lama comforting a member of a group of all elderly Tibetans over the age of 90 during an audience at his residence on 4 February 2019. Photo/Tenzin Choejor/OHHDL

Dharamshala: Tibetan spiritual leader His Holiness the Dalai Lama, on Monday, greeted Tibetans in Tibet and those in exile on the occasion of Losar, the Tibetan New Year. Speaking from his residence in Dharamshala where he was meeting a group of elderly Tibetans aged over 90, His Holiness the Dalai Lama offered Losar message on the occasion of Tibetan new year 2146, beginning 5 February.

“I wanted to wish Losar Tashi Delek (Tibetan greeting on New Year) mainly to Tibetans inside Tibet and then, those in exile. The six to seven million Tibetan people are considered to be the followers of Chenresig, the Avalokiteshvara and in true essence, our people have upheld the tradition and lineage of Tibet.”

“Despite facing through a challenging period, we have successfully drawn admiration and recognition for the unique culture and religion of Tibet. This is chiefly due to the valour, courage and indomitable spirit demonstrated by Tibetans inside Tibet and the unity observed by all the Tibetans worldwide.”

“Hence I wish to thank you all for preserving the unity of the three traditional provinces of Tibet.” 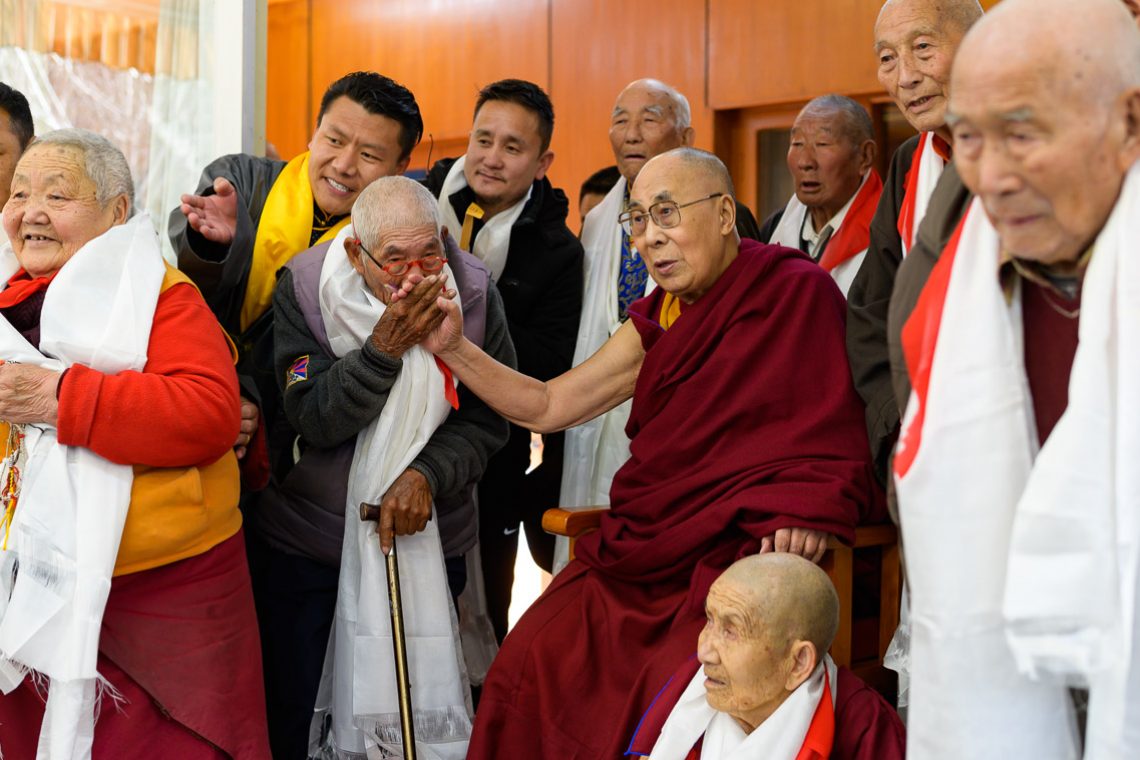 His Holiness the Dalai Lama with the group of all elderly Tibetans over the age of 90 during an audience at his residence on 4 February 2019. Photo/Tenzin Choejor/OHHDL 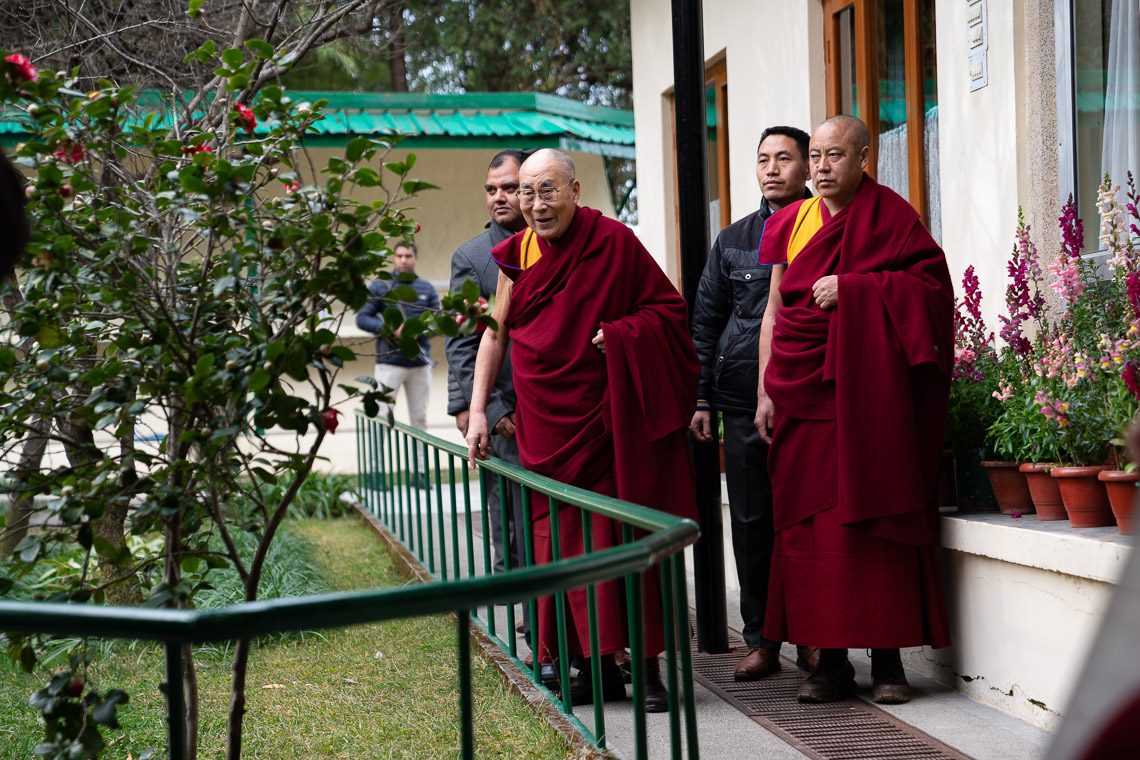 His Holiness the Dalai Lama arriving at the veranda of the meeting room at his residence, 4 February 2019. Photo/Tenzin Choejor/OHHDL