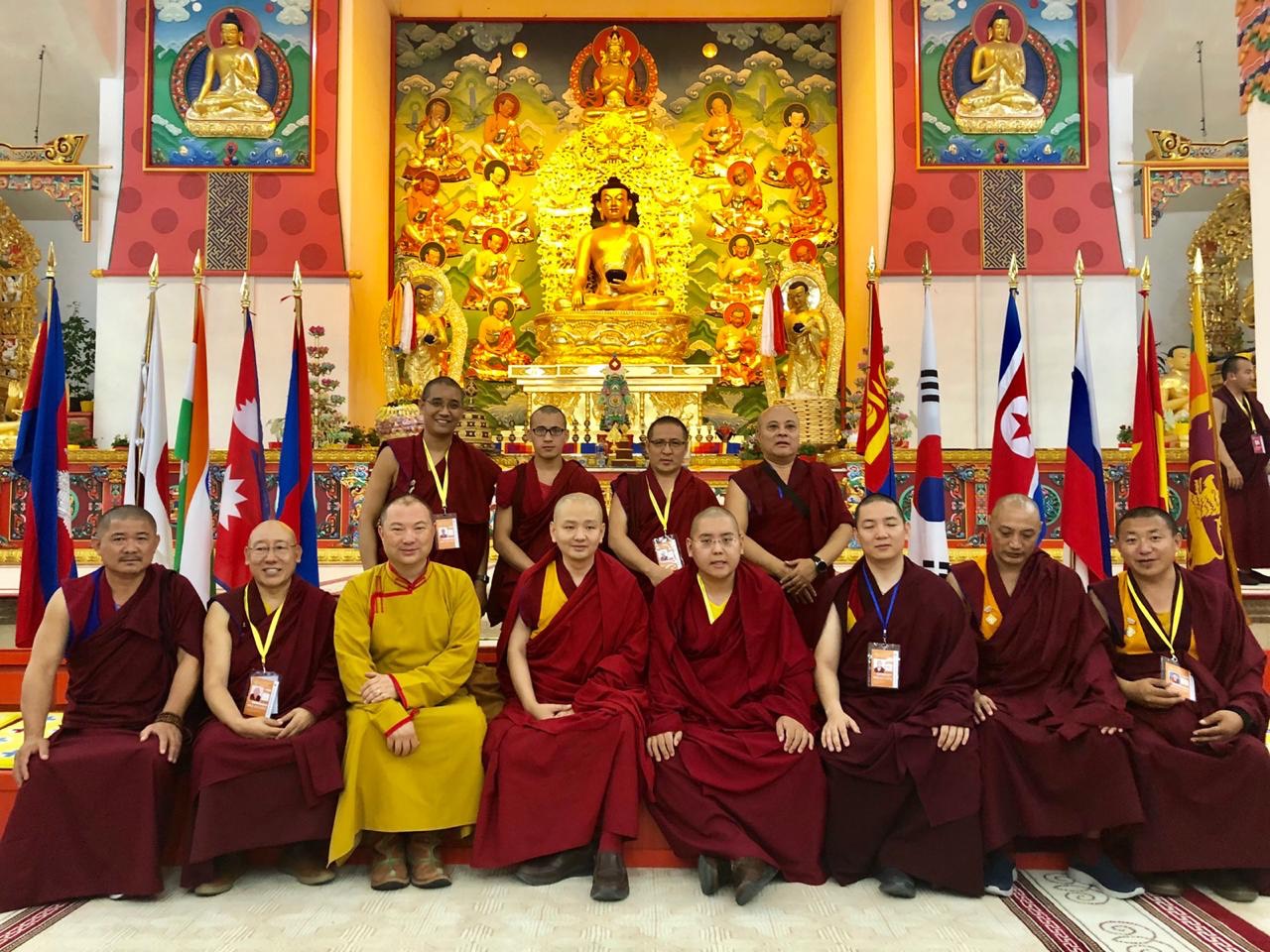 Representatives of the different schools of Tibetan Buddhist tradition including Jonang and Bon tradition represented at the Asian Buddhist Conference for Peace (ABCP).

June 23rd, Ulaan Baatar, Mongolia: Despite the forced cancellation of Kalon of CTA’s Department of Religion and Culture’s participation at the 11th General Assembly of Asian Buddhist Conference for Peace in Ulan Baatar, The Tibetan delegation made the strongest representation at the Conference with the full participation of representatives of all the major Buddhist traditions as well as Jonang and Bon traditions.

The Tibetan Buddhist delegation was led by Ven Thupten Ngodup, the medium of state Nechung Oracle. His Holiness the Dalai Lama’s Honorary Representative Telo Tulku Rinpoche also joined and presented His Holiness the Dalai Lama’s message to the conference on the occasion of the 50th anniversary of the ABCP and spoke during the 2nd-day plenary session dedicated to “Preservation of Heritage and Values.”

The 11th general assembly of the Asian Buddhist Conference for Peace (ABCP) concluded with a resolution being passed after three-day deliberations on the changes in its chapter, rules, and regulations.

In 1969, three legendary monks of the 20th century, the most Venerable Khambo Lama Samagiin Gombojav of Mongolia, the most venerable Khambo Lama Janbaldorj Gomboev of USSR and the most Venerable Kushok Bakula Rinpoche from India met in remote region of Siberia, Soviet Russia to discuss the prevailing situation of Buddhism in the region and to explore the possibility of setting up a Pan-Asia Buddhist Organization. The momentum further grew when in July 1969, the most Ven. Sumanatissa of Sri Lanka and the most Ven. M. Wipulasara, India and Ven. Amirtananda, Nepal visited Ulan Baatar at the invitation of Most Ven. Khambo lama Gombojav. In the course of their meeting, they agreed to establish an International Buddhist Organization in Ulan Baatar.

Subsequently, on 13th June 1970, another meeting was held in Ulan Baatar. The meeting was attended by many Dignitaries representing India, Sri Lanka, Nepal, USSR, Japan Vietnam, Malaysia, Singapore and Mongolia.

The Conference principally began as a voluntary movement of followers of Lord Buddha, both monks and lay, striving to disseminate and implement the teachings of the Enlightened One on peace and harmony, compassion and loving-kindness for all sentient beings on Earth.

At the 11th ABCP conference concluded today, Telo Tulku Rinpoche spoke on His Holiness the Dalai Lama’s four main principal commitments and emphasized on how closely linked His Holiness views of universal responsibility were in line with the principles of the ABCP.

On the last day of the conference, the board members met for many hours discussing the changes to be made in the chapter and held an election for new Vice presidents and the general secretary of ABCP. The resolution was unanimously adopted and closing ceremony was held followed by a Dinner reception and culture performance held in the Battsagan Hall of Gandan Teckchenling Monastery. 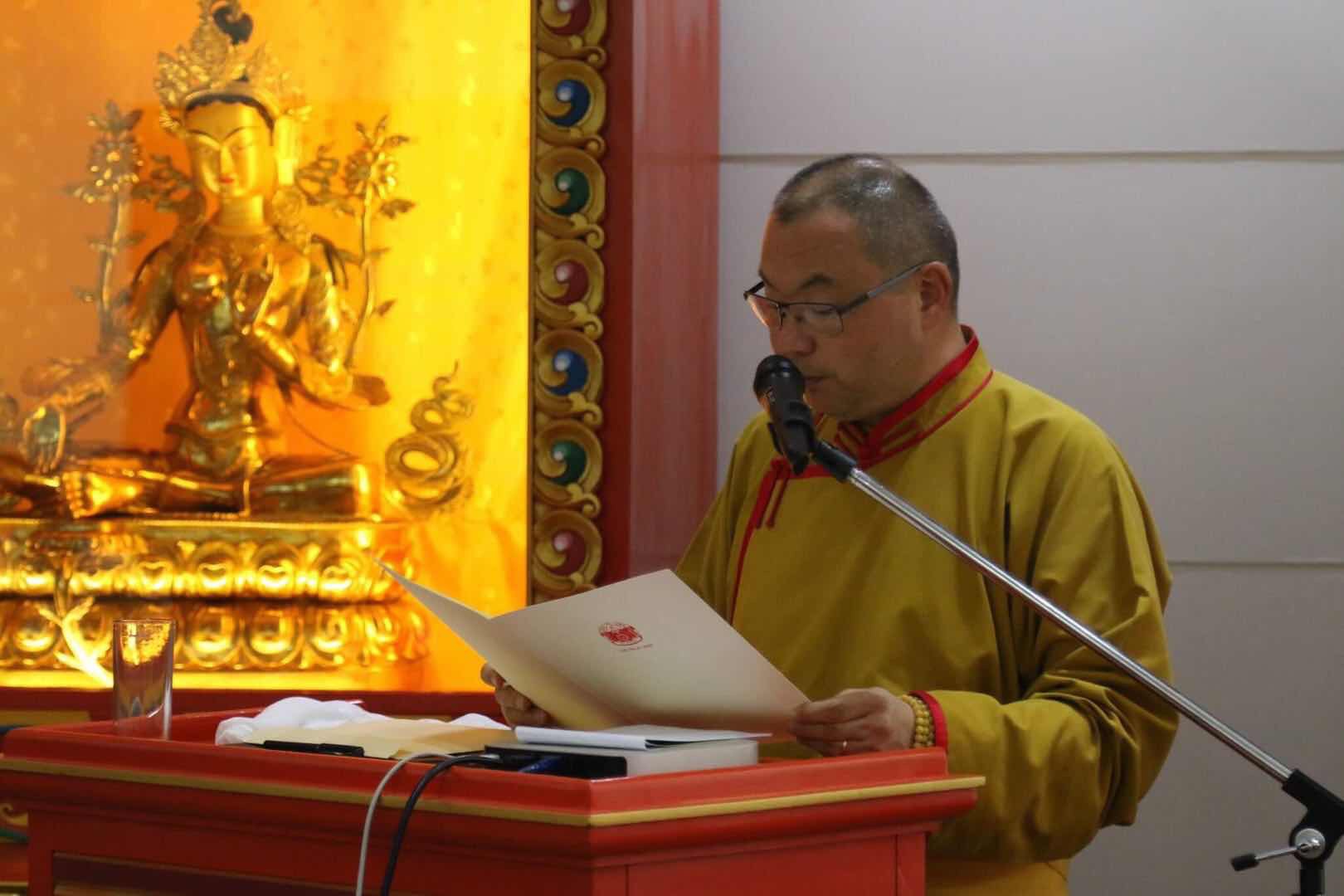 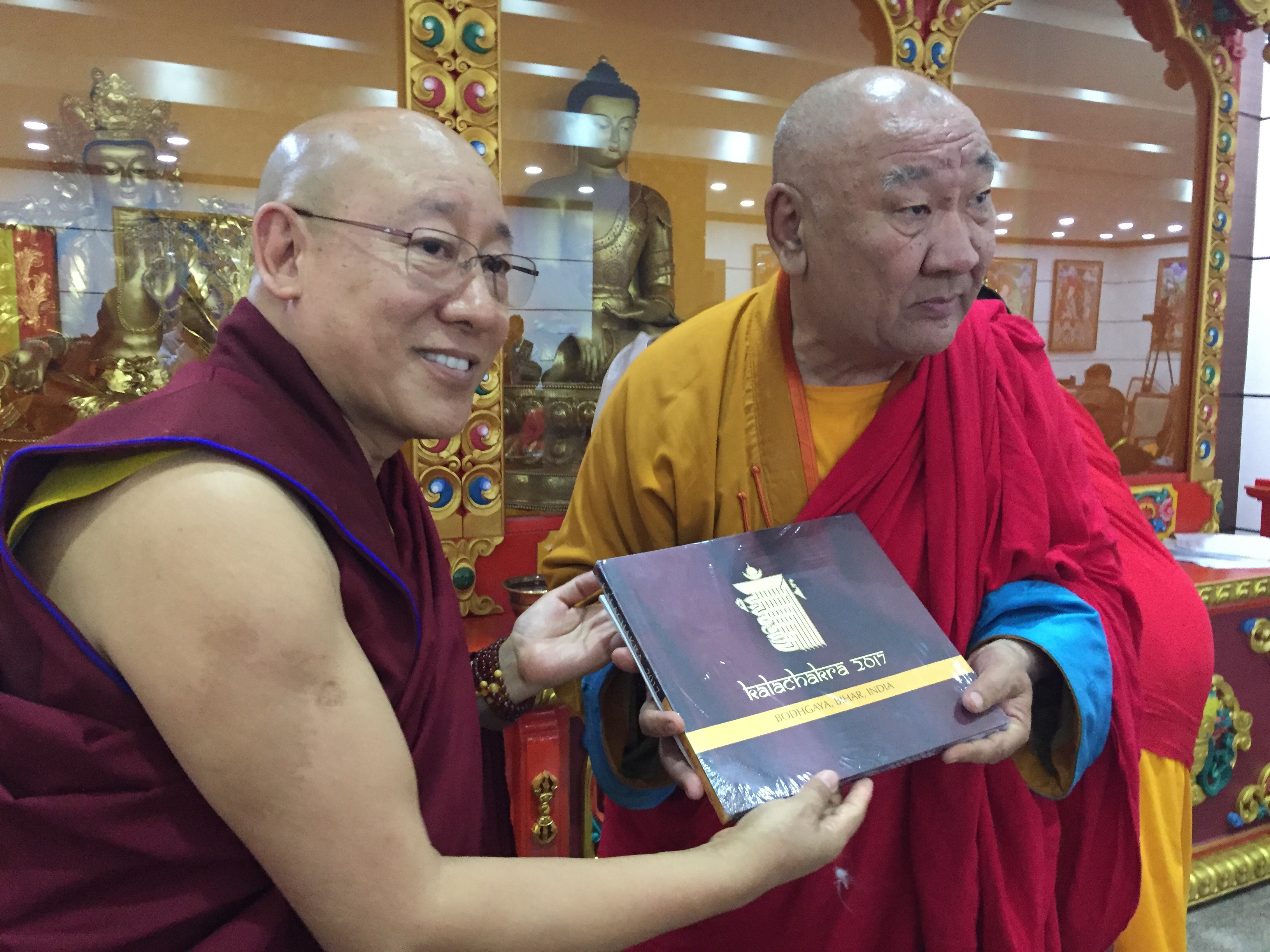 The Tibetan Buddhist delegation led by Venerable Thupten Ngodup, the medium of state Nechung Oracle presents a memento to the President of ABCP. 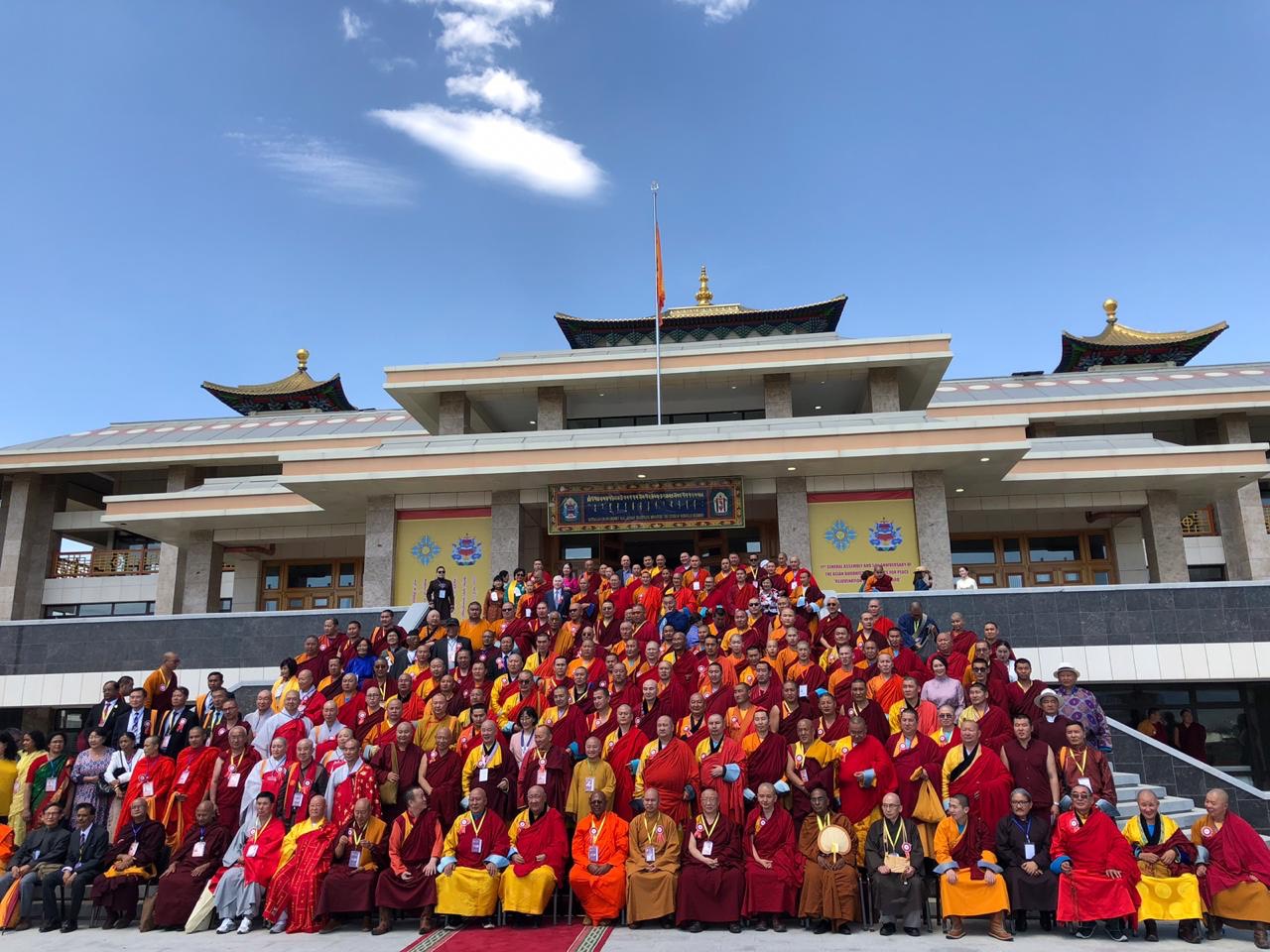