19-yr-old Tenzin Nyima before and after his imprisonment in Chinese jail. When Nyima returned home after more than a year in Chinese prison, he was unable to move or speak.

Dharamshala: A 19-year-old Tibetan monk from Dza Wonpo has died on 19 January, after being severely beaten and tortured by the Chinese authorities for peaceful independence protests in November 2019.

Six other Tibetans, including four monks and two laymen, have been sentenced up to 5 years in prison for the same protests that occurred in Dza Wonpo town, Sershul county, Karze (Ch: Ganzi) Prefecture in Tibet’s traditional Kham province.

Tenzin Nyima, also called Tamey, was initially detained along with three other monks Kunsal (20), Soetra and Tsultrim (both around 18) two days after hundreds of hand-written leaflets calling for Tibet’s independence were found scattered outside a local government office on 7 November 2019. On 21 November, Yonten and Choegyal, two other young men from Dza Wonpo were detained after staging a similar protest and posting related videos on WeChat. Choegyal’s younger brother Nyimey was detained on 18 November 2019 for expressing his solidarity with the 7 November protest by fellow monks from Dza Wonpo Gaden Shedrup Monastery, and online post criticising Chinese policies in the region.

The protests took place as the forcibly resettled nomads and local Tibetans in the area were pressured by the local officials to acclaim the Chinese government’s “poverty alleviation” program.

Tortured and Beaten while in Arbitrary Detention 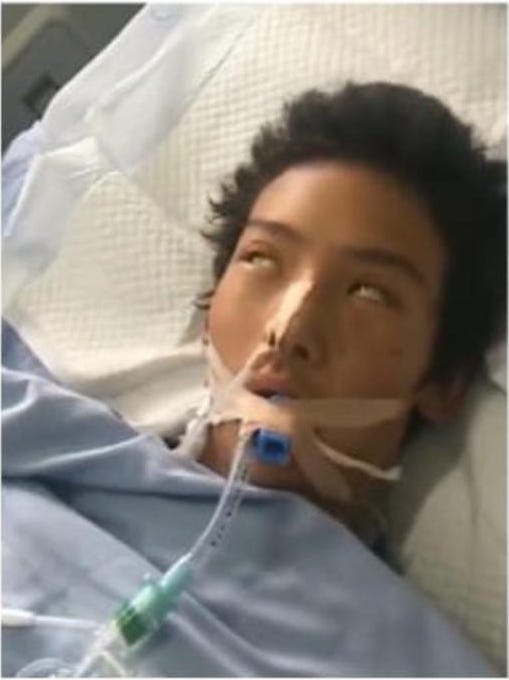 In early October 2020, Tenzin Nyima’s family were contacted by the police authority who informed them that his health had deteriorated and he was now in a comatose state.

After Tenzin Nyima’s arbitrary detention on 9 November 2019, he was briefly released in May 2020 before being rearrested on 11 August. While in custody Tenzin Nyima was tortured by the Chinese officials. He suffered severe beatings resulting in serious injuries and he was not given proper food leading to a deteriorated health, so much so that he was unable to move or speak. In early October, prison authority informed Tenzin Nyima’s family of his serious health condition and told them to take him from the prison.

According to our source, Tenzin Nyima’s family immediately took him to a hospital in Chengdu on 6 October 2020 where he was admitted but the doctors declared that his condition was critical and his injuries beyond treatment. The family raised the required funds of RMB 40,0000 for his treatment through donations and after several weeks without improvement in his condition, he was discharged.

The family admitted him in a few other hospitals in the hope that he could be treated: he was paralyzed, comatose and gravely ill. On 10 November, his family got him admitted in a hospital in Dartsedo, Karze prefecture but there too the doctors gave up and discharged him. The family then brought him back to their home where he died soon after on 19 January 2021.

President of Central Tibetan Administration, Sikyong Dr. Lobsang Sangay expressed profound sadness and condolences to family members. He said, “I pray that he be reborn again in Tibet as a great patriot and continue the freedom struggle. We will never forget their sacrifices and relentlessly pursue the aspirations of six million Tibetans till it’s fulfilled.” 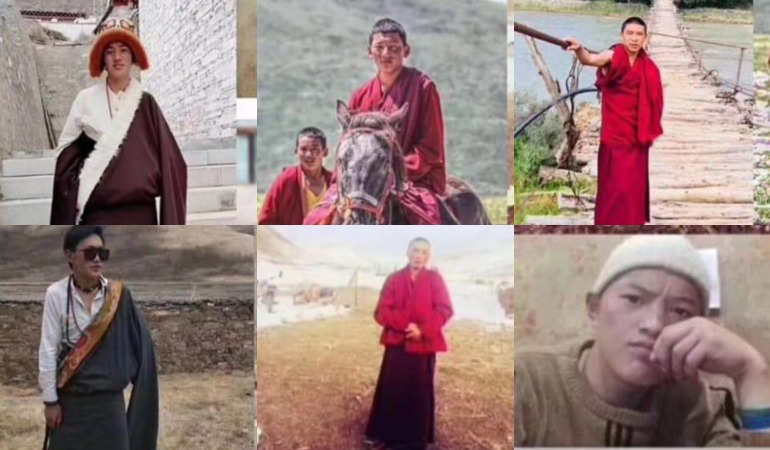 According to our source, the trials of Tenzin Nyima and six other Tibetans took place at the Intermediate People’s Court in Sershul on 10 and 12 November.

The Chinese court sentenced the monks Choephel (also called Kunsal), 20, to four years; Soetra (also called Woeser) to three years; and Tsultrim, 16, to one year. Tenzin Nyima (Tamey) was charged with the same offence, but the court did not announce his sentence because of his medical condition.

Nyimey, a 22-year-old monk was handed the longest prison term of 5 years for his social media posts on the Dza Wonpo arrests.

Tsultrim’s, who was under 15 years old at the time of protest, a minor, was still tried and sentenced contrary to Chinese and international laws.

Choegyal and Yonten were sentenced to four years in prison each on charge of “incitement to split the country”.

Detailed information about the Dza Wonpo protests and the arrests as reported in 2019 and 2020 can be accessed on the links below: 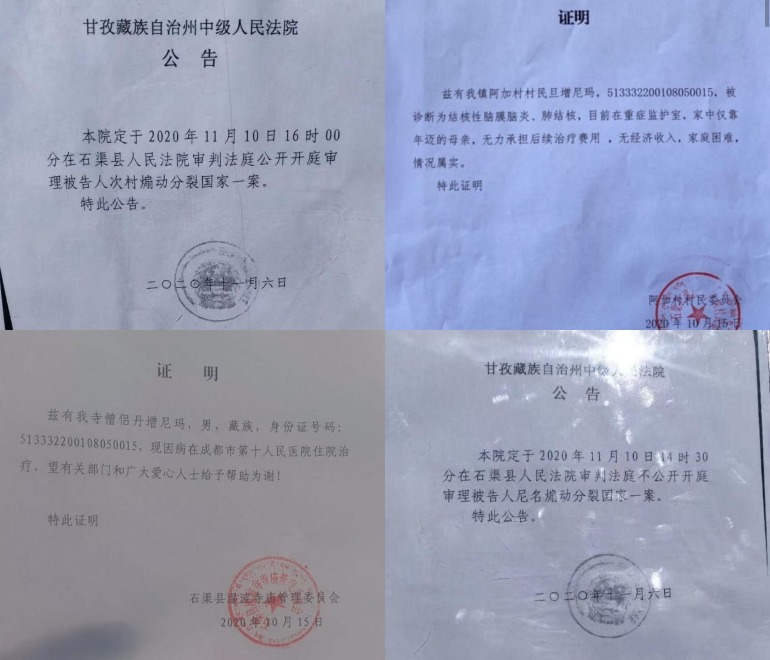 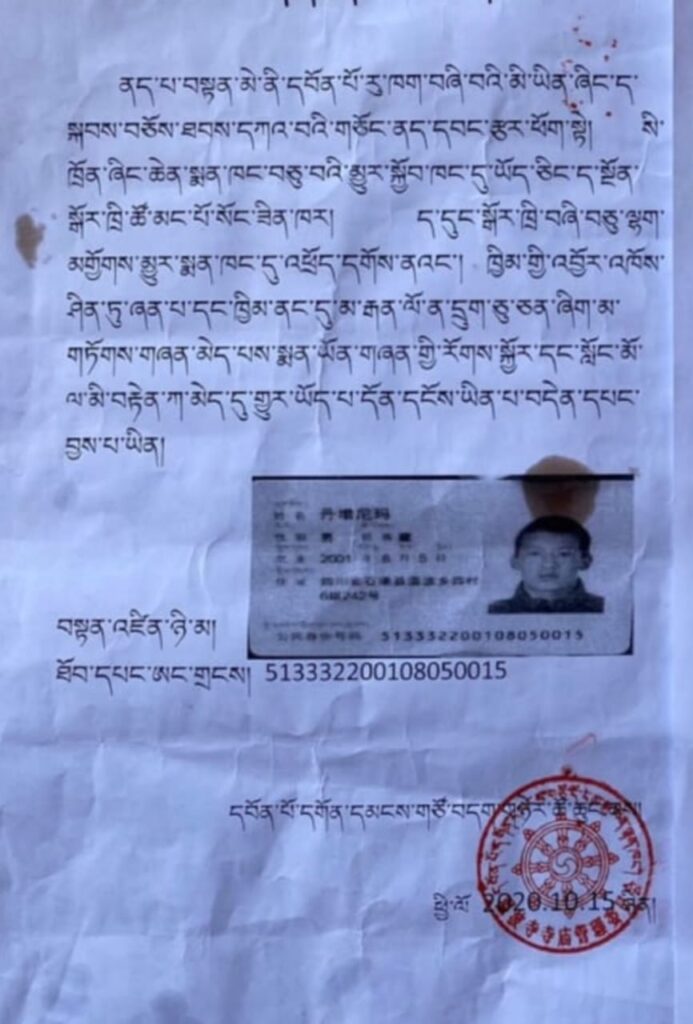 RMB 40,0000 was raised for Nyima’s treatment through donations, however, he was admitted in various hospitals and was discharged from each due to his critical injuries and was declared untreatable. 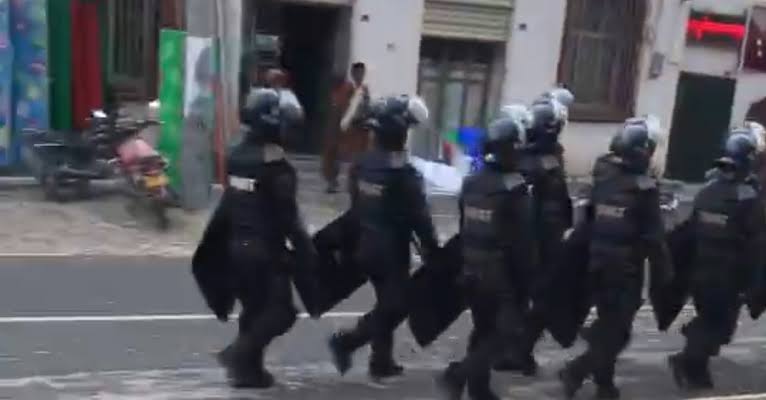 Armed forces exercising military drills in the streets to intimidate the local residents in Dza Wonpo town, following the protests in November 2019.