What has happened to Ladakh is the repetition of the tragedy of Tibet, says CTA President 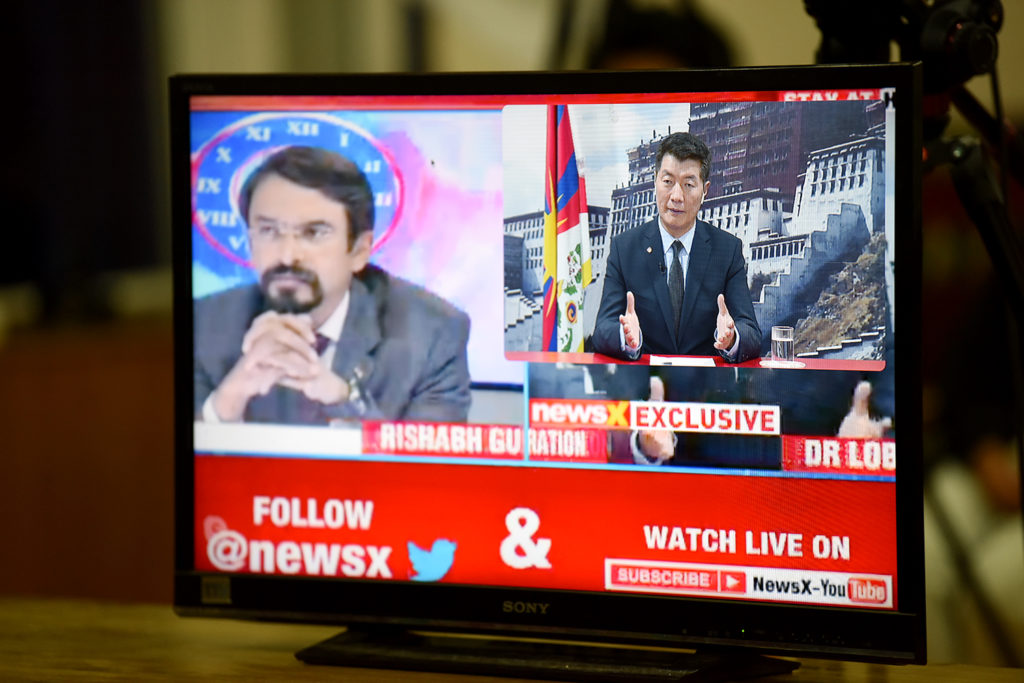 Dharamshala: “What has happened to Tibet under the occupation of China is no exception,” said CTA President Dr. Lobsang Sangay and pointed out that the same thing could happen to any country dealing with China if they fail to recognise that they are dealing with a regime so sophisticated in undermining freedom.

President Dr Sangay was speaking exclusively to NewsX on a host of issues ranging from India-China border dispute at Ladakh, present situation in Tibet, and how the tragedy of Tibet is beginning to take shape in Nepal among other things.

As the border conflict between Ladakh and China is intensely escalating, President of the Central Tibetan Administration asserted that what’s happening in Ladakh is the repetition of what happened to Tibet 60 years ago. He said that in order for India to solve the border dispute, the leadership of India must carefully study the issue of Tibet. The peaceful resolution of Tibet, he stated is the answer to the India-China border conflict.

Earlier on Tuesday, President Dr. Sangay spoke on the same topic for India Today. He alleged that the border conflict facing India is the result of the occupation of Tibet and to ensure permanent peace between China and India-the world’s two largest populated nations, he said that Tibet has to be demilitarized and made a zone of peace.

“Its the incremental approach, its the leadership cooptation, and slowly and steadily China make all the intrusion. Soon you realise that your country is gone” said Dr Sangay and added that Tibet has the first-hand experience of the modus operandi of China’s assertion.

He added that to date, Tibet continues to face political repression, cultural assimilation, environmental destruction, economic marginalisation, and all kinds of human rights violations under the CCP regime. The dire need for a peaceful resolution has led more than hundreds of Tibetans to self immolate in desperation and determination.

As for China’s growing presence in Nepal and other neighbouring countries through one belt one road initiative, Dr Sangay noted that its all a part of China restarting the big game that was once played in Tibet. “We have been the first victim because initially when China built one road connecting China to Tibet, they said this will bring prosperity to Tibetan people. You will benefit from this. In fact, we Tibetans helped built those roads. Our parents and grandparents were paid in silver coins and they even sang songs in the praise of the Chinese Communist Party. Soon the roads paved the way for Chinese trucks to come, Chinese tanks to come, and Chinese guns to come. That’s how they occupied Tibet”

But this is ‘not the case simply of Tibet’ added President Dr Sangay as he noted that the population transfer and migration of Chinese all over the world including Tibet is a part of the cultural assimilation and part of how 1.4 billion Chinese tend to migrate, dominate and marginalise Tibetans and other minorities.

When asked if a probable back and forth shift in the international stand for Tibet frustrates the Tibetan administration and Tibetan people, President Sangay firmly reiterated that the Tibetans under the leadership and spiritual guidance of His Holiness the Dalai Lama stands undeterred in their struggle movement.

“We don’t go by frustration. We go by equanimity. Neither do we get carried away when the international community comes to our support nor lose our hope when they don’t. We believe in our cause and we fight for it accordingly. We will reach our goal sooner than later” he added.

Lastly,  for the people of Nepal and other people of the nations where the Chinese are making its incremental approach, President Dr Sangay urged to consider Tibet’s tragedy before getting enchanted by CCP’s sweet talk. Failing to learn from the tragedy of Tibet will have China repeating the same violent occupation in Nepal, India, and the rest of the world. 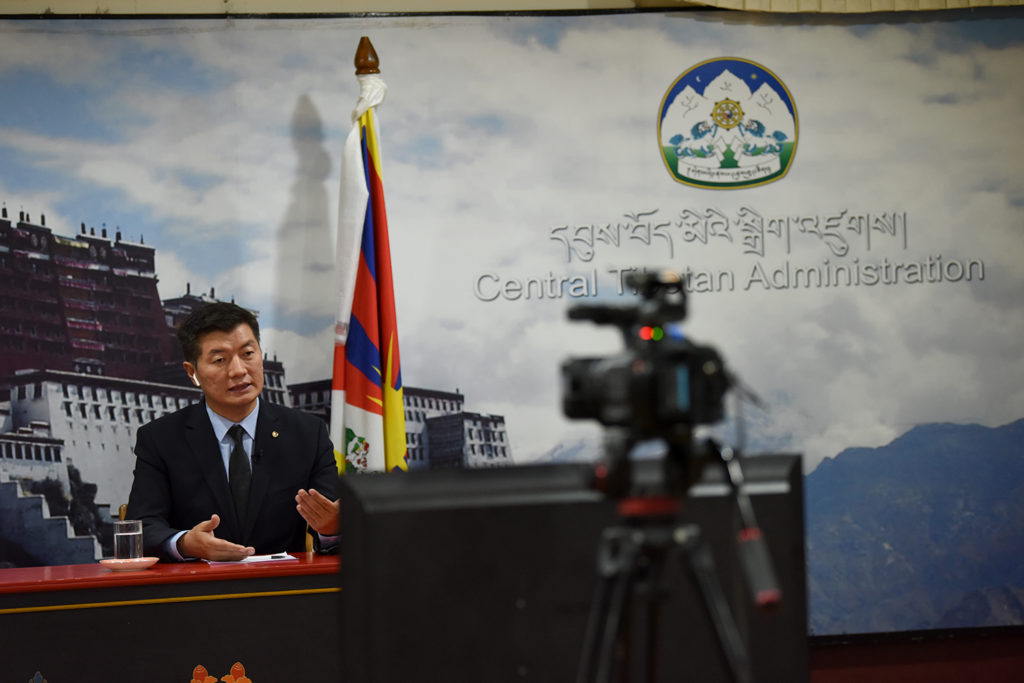