His Holiness the Dalai Lama Confers Avalokiteshvara Empowerment on Sagadawa 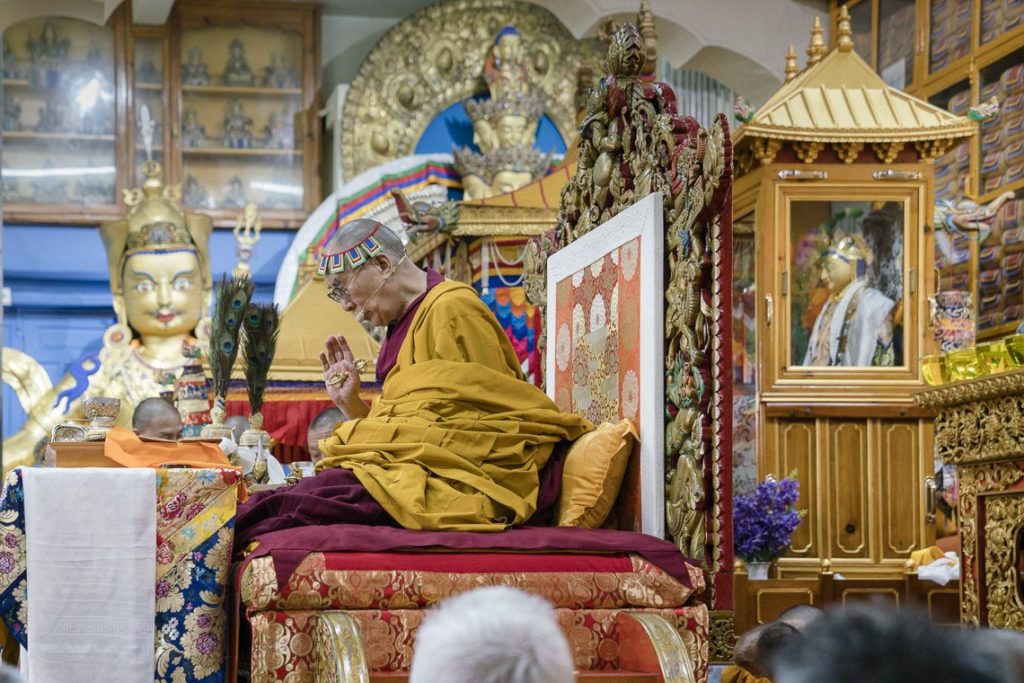 His Holiness the Dalai Lama engaging in preparatory rituals before conferring the Avalokiteshvara empowerment at the Main Tibetan Temple in Dharamshala, HP, India on May 27, 2017. Photo by Tenzin Choejor/OHHDL.

Dharamshala: Marking the beginning of the sacred month of Sagadawa, a month of honouring the life of Buddha, His Holiness the Dalai Lama blessed Tibetans and his devotees with the Chenresig Jigten Wangchuk empowerment, also known as the Avalokiteshvara empowerment, on Saturday at the main temple, Tsuglagkhang, Dharamshala. The conferring of the Avalokiteshvara Empowerment, which was aired live, was also watched by viewers and devotees of His Holiness the Dalai Lama from all corners of the world.

“It is indeed very auspicious that all you have come together to receive wang today. While reciting the six-syllabled sanskrit mantra, om mani paddle hum, which is associated with the Bodhisattva of compassion, Chenresig,  we must dedicate ourselves to the benefit of all sentient beings, especially those human beings disturbed by attachment and anger,” His Holiness said, in a brief introduction to the wang.

“Actions that result in happiness count as virtue. Those that result in the suffering of others are unwholesome. As Shantideva says, we don’t want suffering, but we run after its causes—the disturbing emotions within us. If we really wish happiness for all sentient beings, we must cultivate peace of mind within ourselves and encourage that environment for others,” the Buddhist leader said.

“Peace in the world depends on our relating to each other with compassion. The various philosophical views of different religions all constitute different approaches to supporting compassion, His Holiness told the thousands of devotees gathered at the main temple.

His Holiness also remembered the Tibetans in Tibet and kept them in his prayers while conferring the empowerment.

Sagadawa, the fourth month in Tibetan calendar is the most sacred month of the year in Tibetan Buddhism, commemorating the birth, enlightenment, and parinirvana (death) and noble activities of the Buddha. Most holy of all is the full moon day of SagaDawa, the 15th day of the month, which is the date most commonly associated with not only Buddha’s birth but also his enlightenment and parinirvana. The 15th day of the month will fall on 9 June. 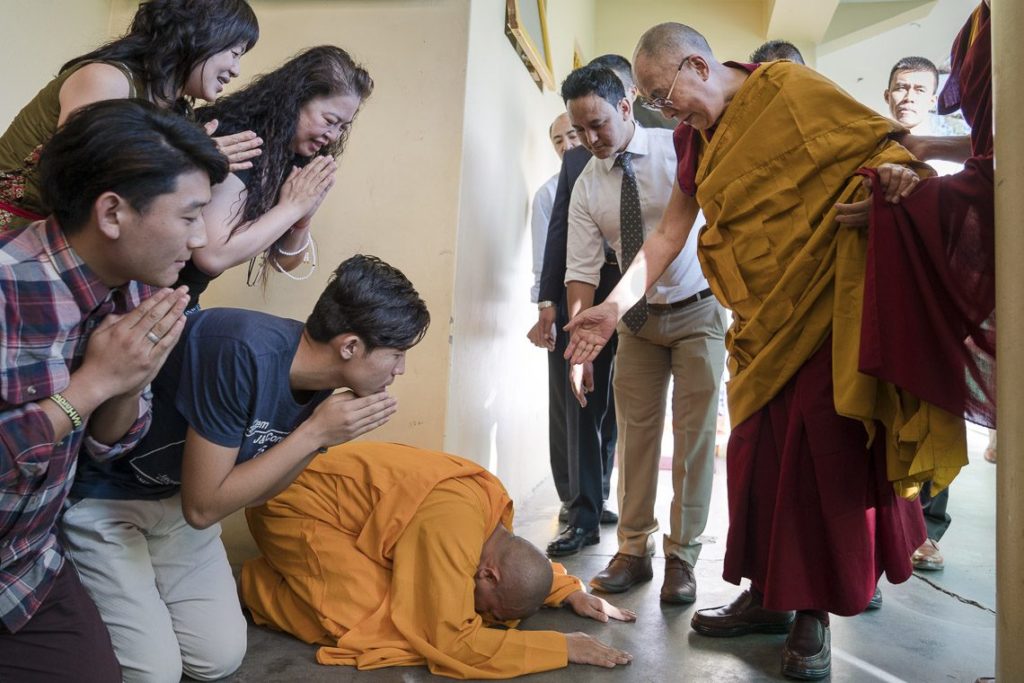 A monk paying his respects as Holiness the Dalai Lama arrives at the Main Temple in Dharamshala, HP, India on May 27, 2017. Photo by Tenzin Choejor/OHHDL