US to China: Resume talks with the Dalai Lama and envoys to resolve Tibet issue peacefully 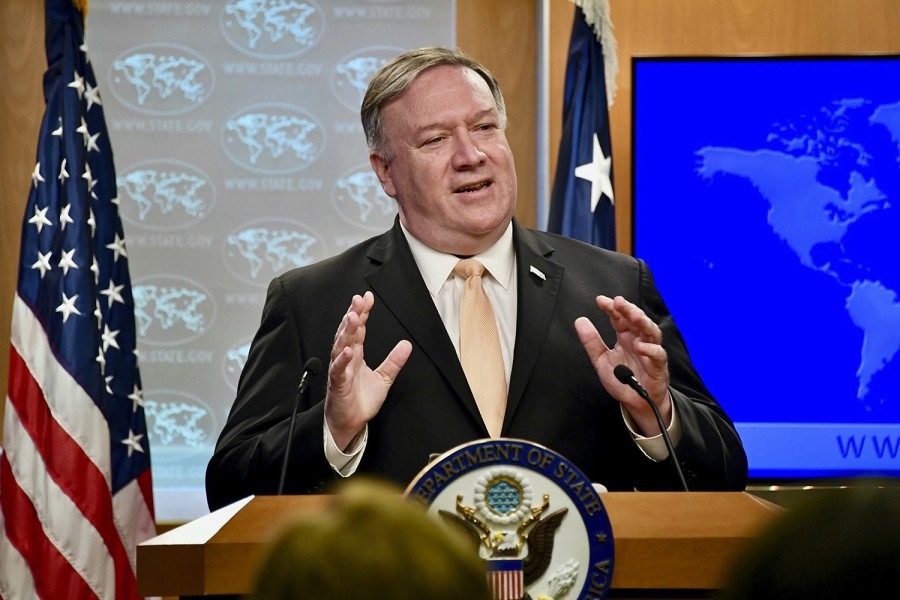 U.S. Secretary of State Mike Pompeo delivers remarks to the media in a press briefing room at the State Department in Washington. Photo/Michael Gross/Zuma Press/TNS

Dharamshala: The US has renewed calls on China to resume talks with His Holiness the Dalai Lama and his envoys to resolve the vexed and protracted issue of Tibet, without preconditions.

During a press brief on Wednesday, the Secretary of State Mike Pompeo said: “We continue to call upon Beijing to enter into dialogue with the Dalai Lama or his representatives without preconditions, to reach a settlement that resolves their differences.”

The statement is a reaffirmation of the US government’s long standing support for Tibet and the the cause for securing genuine autonomy for Tibetans through dialogue based on Middle Way Approach.

Secretary of State said the US was also concerned over Chinese actions in Tibet in light of Xi Jinping’s remarks at the 7th Tibet Works Forum to “Sinicize” Tibetan Buddhism and combat “splittism” in the region.

In a July statement, the State department reported China’s continued and systematic obstruction in access to Tibet for U.S. diplomats and officials, journalists, and tourists as it noted PRC’s human rights abuses in Tibet as well as its failure to prevent environmental degradation on the plateau.

Pursuant to the Reciprocal Access to Tibet Act, a Tibet pivoted legislation that promotes travel by Americans to Tibetan areas where access is routinely denied by Chinese authorities through mechanism of reciprocity, the US had then announced visa sanctions on Chinese govt. officials it found were involved in restricting US officials, journalists from accessing Tibet Autonomous Region and other Tibetan areas.

For decades since its illegal occupation of Tibet, China has ruled over the once-independent nation with an iron fist. The PRC government’s misguided policies characterized by its crackdown on all aspects of Tibetan identity-Tibetan Buddhist heritage, language, culture, ways  of life as well as repression of all freedoms have driven 154 Tibetans to self-immolate in desperate protest.

In its latest such crackdown, Chinese president Xi Jinping has announced a sinister ten-point policy directives on Tibet which included adapting Tibetan Buddhism into Chinese socialist context, building an “impregnable fortress” to maintain stability in Tibet, protecting national unity and educating the masses in the struggle against “separatists”.

Slamming the “misguided” and “flawed” guidelines, Sikyong Dr Lobsang Sangay said Monday that “The root cause of instability in Tibet is not the Tibetan people’s faith, but the repressive and failed policies of the Chinese government. The continuation of these hard line policies and repression is only going to make matters worse. That’s why Genuine Autonomy based on the Middle Way Approach is the only viable solution.”