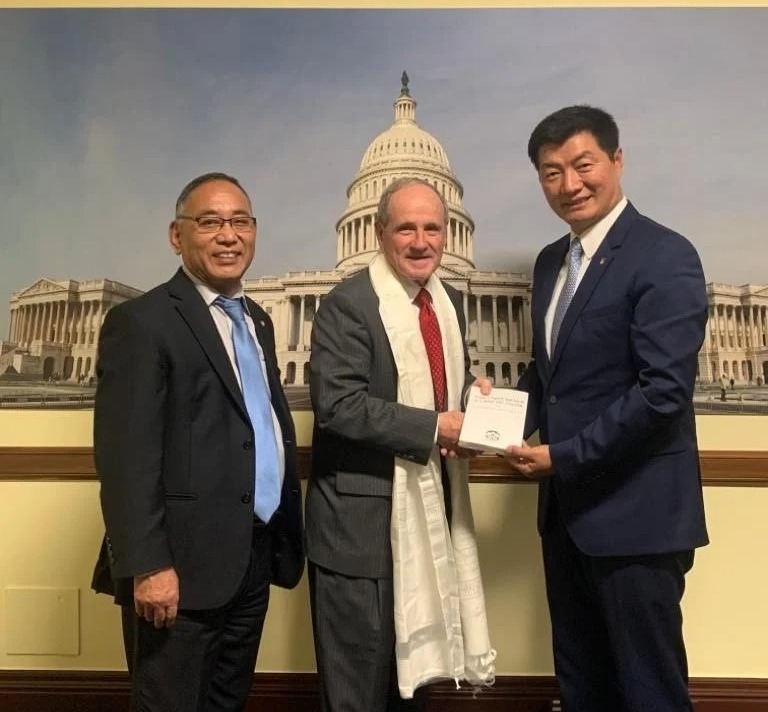 Sikyong Dr Lobsang Sangay with Senator James Risch, Chairman of the Senate Foreign Relations Committee, on one of his advocacy tour for the Tibetan Policy and Support Act. Sikyong is joined by Representative Ngodup, Office of Tibet, DC.

Dharamshala: Sikyong Dr Lobsang Sangay who returned yesterday to Dharamshala after successfully lobbying for the Tibetan Policy and Support Act has thanked the US Senate Foreign Relations Committee led by Senator James Risch for the official statement on the TPSA.

The TPSA, included in the fiscal year 2021 omnibus spending bill, strengthens the Tibetan Policy Act of 2002 to address emerging human rights, religious freedom, and other challenges faced by the Tibetan people.

With the enactment of the TPSA, Sikyong said the US government has set a strong precedent for other countries to follow its lead to prioritizing human rights and justice and account Chinese government’s repression of the Tibetan people.

“On behalf of the Central Tibetan Administration and the Tibetan people, I welcome the statement of Senator James Risch, chairman of the Senate Foreign Relations Committee, Sen. Marco Rubio, Sen. Ben Cardin, and Sen. Dianne Feinstein and thank them for their overwhelming support in passing the bill,” he said.

Among others, the Tibetan Policy and Support Act penalizes Chinese officials for interfering in Tibetan religious practices to appoint the next Dalai Lama; acknowledges CTA and the elected head Sikyong as the legitimate representative of Tibetan people and its aspirations; affirms the Middle Way Policy; recognizes the global significance of Tibet’s environment and the need for its conservation; calls for resumption of dialogues between the Chinese officials and the Tibetan side to reach a negotiated agreement; and strengthens funding for the Tibetan community and the CTA to realize its democratic vision.

Senator Jim Risch (R-Idaho), chairman of the Senate Foreign Relations Committee said the statement, “We have come together with one voice by passing the Tibetan Policy and Support Act.”

“I have long supported the rights and freedoms of the people of Tibet. I am particularly proud that this legislation reaffirms U.S. efforts to ensure that the next Dalai Lama is appointed solely by the Tibetan Buddhist faith community without interference from the Chinese Communist Party.”

“Passage of the Tibetan Policy and Support Act sends an important message that the United States stands with the Tibetan people and against any effort by the Chinese Communist Party to interfere with the religious process of identifying Tibetan Buddhist leaders, such as the Dalai Lama,” said Senator Rubio. “We must continue to shine a light on the grave assaults against the Tibetan people’s religion, culture, and language by the Chinese Communist government, both inside Tibet and outside the PRC. I applaud the passage of this bipartisan legislation and urge the State Department to use the tools it provides to address escalating human rights abuses in Tibet.”

“Bipartisan passage of the Tibet Policy and Support Act sends a strong message to Chinese officials that the U.S. will not stay silent in the face of inference in the Tibetan Buddhist practices, including the deeply spiritual process of selecting the next Dalai Lama. Such actions will be met with consequences, such as the possibility of targeted Global Magnitsky sanctions,” said Senator Cardin. “Congress stands united in its support for the human rights, religious freedom and genuine autonomy of the Tibetan people.”

“I’m very pleased that our bill to update the Tibet Policy Act will soon become law,” said Senator Feinstein. “It addresses the worsening human rights conditions and limitations on religious freedom in Tibet as well as China’s efforts to intrude on matters best left to the Tibetan people. I thank Senator Rubio for his partnership on this bill and hope it brings about positive change for the Tibetan people.” 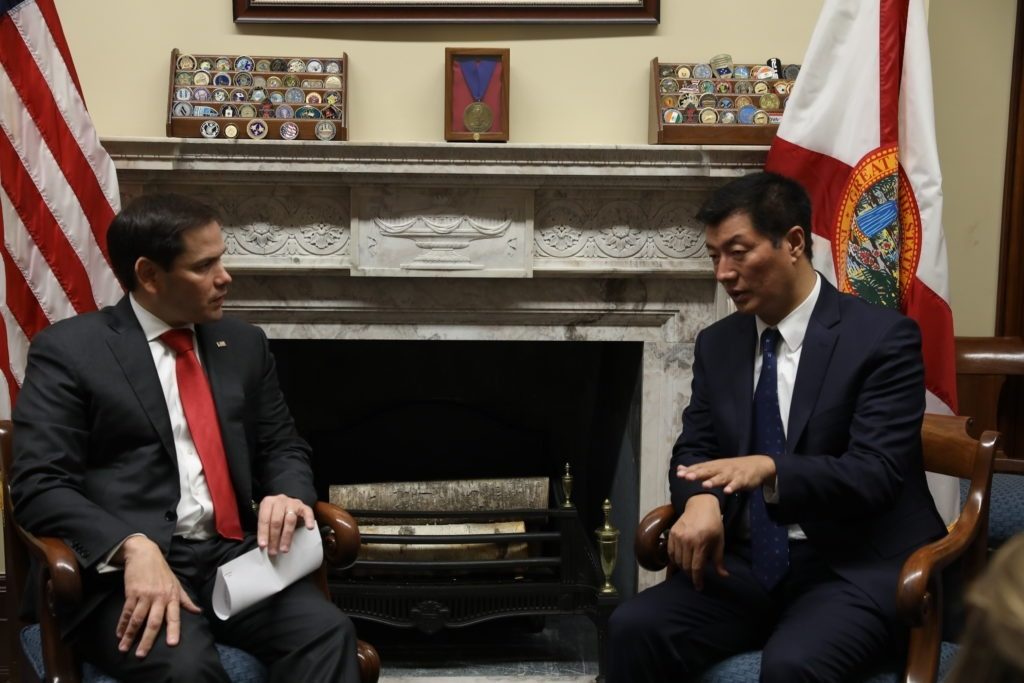 Sikyong with Senator Marco Rubio who introduced the TPSA in the Senate. 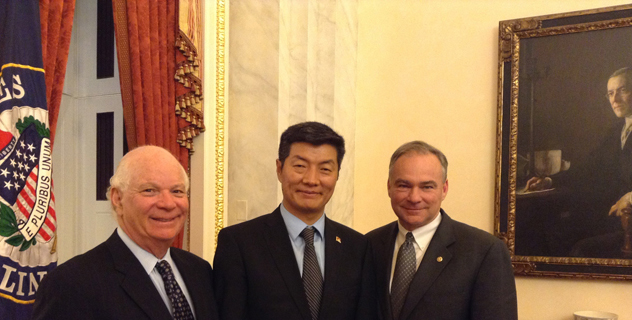 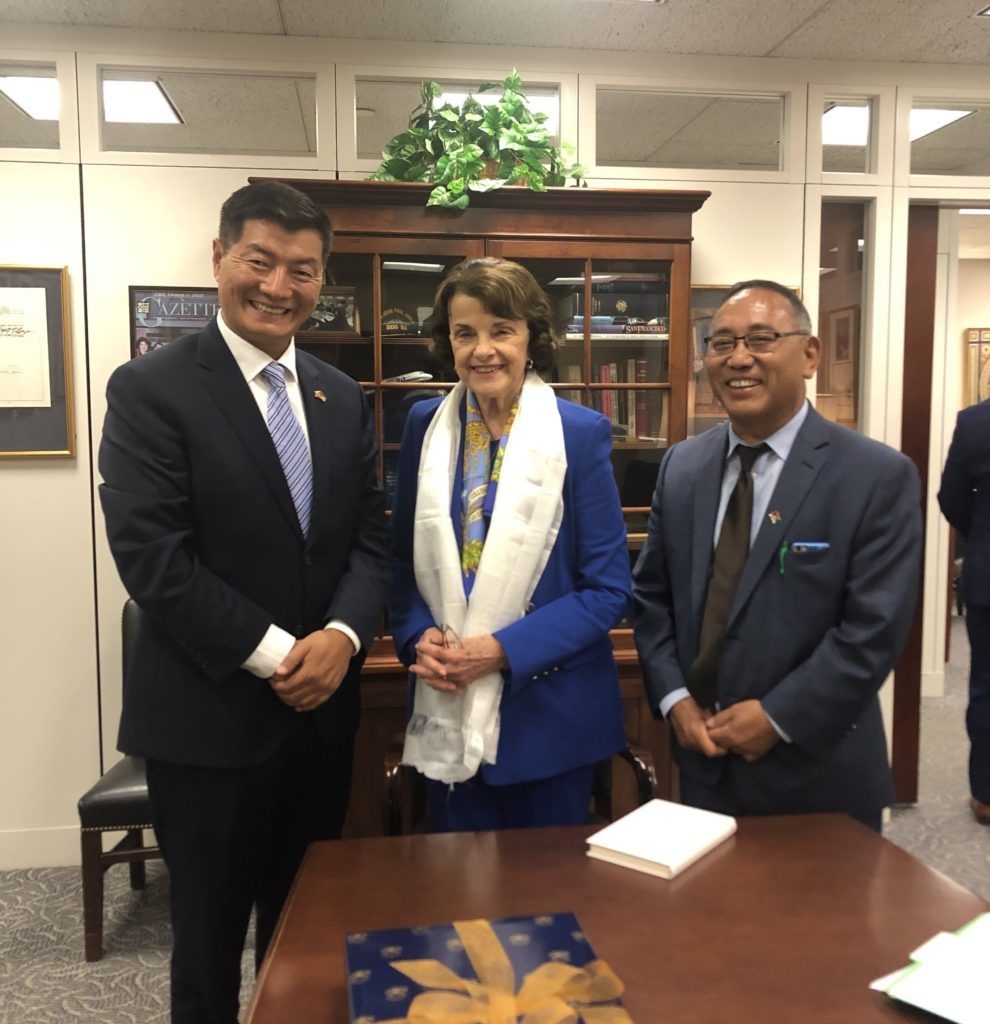