China has threatened to respond after the US House of Representatives voted overwhelmingly on Tuesday to approve a strongly worded bill paving the way for sanctions against Chinese officials over human rights abuses in Xinjiang.

In a statement, Chinese foreign ministry spokeswoman Hua Chunying said the bill “deliberately defames the human rights situation in Xinjiang and discredits Beijing’s efforts to fight against extremism and terrorism in the region”.

“The core of the Xinjiang issue [in China] is not human rights, ethnic minority or religion; instead, the core is anti-terrorism and anti-separatism,” the statement said. “We warn the US that Xinjiang is China’s internal affairs and has no room for foreign forces.”

Beijing would respond further as the situation developed, the statement added. It did not specify what form a response might take, but mainland media on Tuesday reported that China was considering restricting US officials and lawmakers from visiting Xinjiang and would soon release an “unreliable entity list” that would include “relevant US entities”.

Lawmakers voted 407 to 1 to approve the Uygur Intervention and Global Humanitarian Unified Response Act (UIGHUR Act) of 2019, which commands the US administration to identify and sanction officials deemed responsible for their involvement in the mass internment of members of ethnic minority groups in the country’s Xinjiang Uygur autonomous region.

It followed months of negotiations among lawmakers about how forceful the legislation should be.

The bill would also tighten export controls on China-bound US technology that could be used to “suppress individual privacy, freedom of movement and other basic human rights”.

Since early 2017, the Chinese government is reported to have sent some one million Uygurs and members of other largely Muslim ethnic minority groups to mass internment camps, where inmates are forcibly held and subject to political indoctrination.

Beijing claims that the facilities are “vocational training centres” and says they are a legitimate response to the threat of religious extremism.

That defence has convinced few in Western democracies, particularly the US, where the government recently launched a suite of sanctions against Chinese officials, government entities and private companies over their responsibility for, or facilitation of, alleged human rights abuses in Xinjiang.

The legislation passed on Tuesday was a significantly revamped version of a bill – the Uygur Human Rights Policy Act – that Senators had approved in the upper chamber of Congress in September.

That bill, introduced by Marco Rubio, Republican of Florida, called for the US State department to appoint a “special coordinator” for Xinjiang and appealed to the administration to “consider the applicability” of sanctioning authorities.

The bill passed by the House on Tuesday is more committal, ordering the US president, within four months of the legislation’s enactment, to submit to Congress a list of Chinese officials deemed responsible for, or complicit in, human rights abuses in Xinjiang. 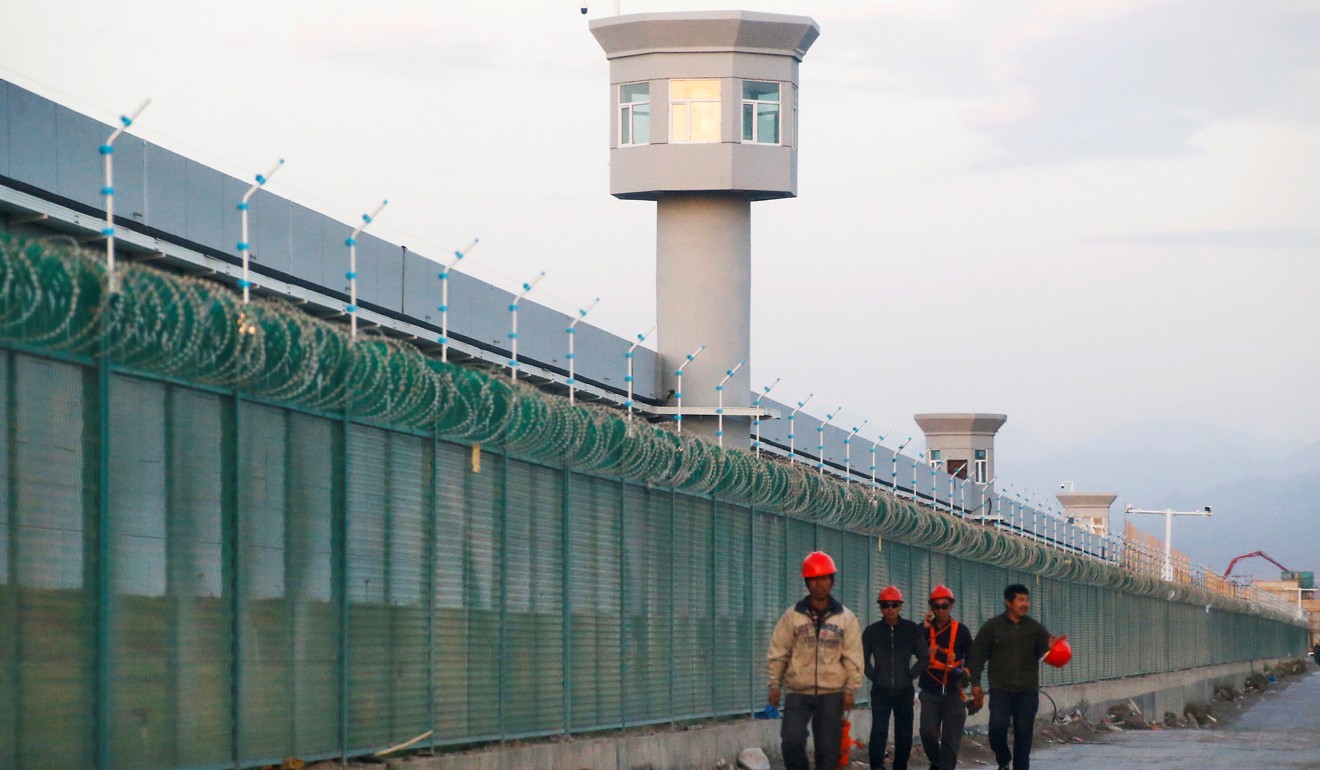 Workers walk by the perimeter fence of what is officially known as a vocational skills education centre in Dabancheng in Xinjiang Uygur autonomous region. Photo: Reuters

The UIGHUR Act also demands that, on the same day, those individuals are subject to sanctions under the Global Magnitsky Act, seizing their US-based assets and barring them from entry onto US soil.

“We are long past the point when this should have been done,” Californian Democrat Brad Sherman, who spearheaded the amended legislation, said on the House floor prior to Tuesday’s vote. “And it should not be linked to ongoing negotiations on trade or any other issue.”

The bill suggests that Chen Quanguo, Communist Party chief for Xinjiang, should be one of the officials targeted by the sanctions.

The move to pursue more forceful legislation comes at time when hawkishness among US lawmakers on issues relating to China is cresting, marked most recently by the swift passage through Congress – and subsequent enactment by US President Donald Trump – of bipartisan legislation paving the way for sanctions against Chinese officials over the erosion of freedoms in Hong Kong.

Following Tuesday’s approval, the bill will now travel to the Senate, either to be passed in its current form or enter a process during which Senators can request changes. A final reconciled bill would then travel to Trump’s desk.

Nancy Pelosi, Speaker of the House and the US’ most powerful Democrat, said on the House floor that Congress was “sending a message to Beijing. America is watching and we will not stay silent.”

For months, supporters of Rubio’s Uygur Human Rights Policy Act had lobbied their counterparts in the House to vote on a companion bill, sponsored by Chris Smith, Republican of New Jersey, instead of moving ahead with a heavily amended version. 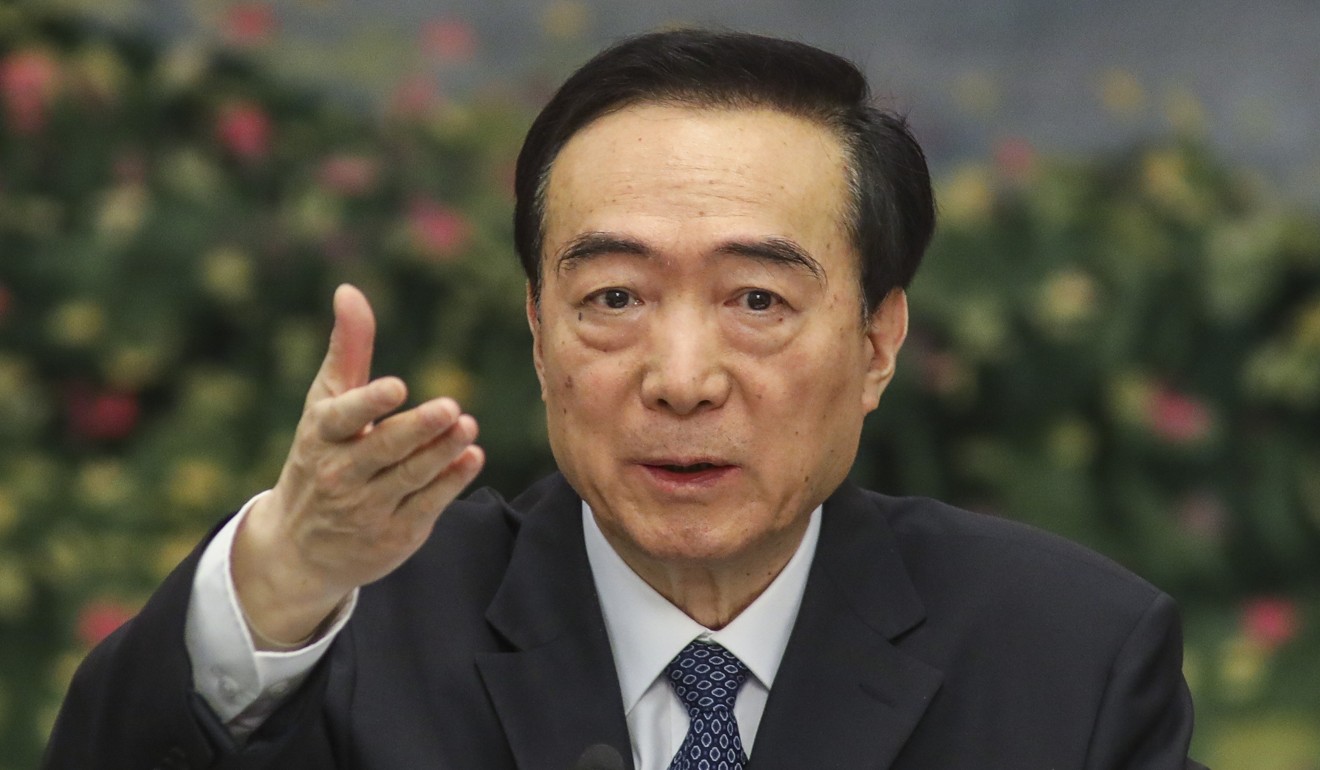 The bill suggests that Chen Quanguo, Communist Party chief for Xinjiang, should be one of the officials targeted by US government sanctions. Photo: Simon Song

In general, the closer the language of the two respective bills, the more straightforward the reconciliation process – the final step before a piece of legislation is sent by Congress to the president, who must then either enact or veto the bill within 10 days.

There was “some logic” to pursuing the companion bill approach “because it’s possible the Senate won’t pass our [amended] bill and then nothing gets passed”, said a Democratic congressional staffer, speaking on condition of anonymity to discuss internal deliberations.

“But it ultimately felt like given the magnitude of what’s going on [in Xinjiang], we needed something more than just creating a special envoy and doing reports and saying: ‘it’s the sense of Congress this, it’s the policy of the US that’, but not actually having any real teeth.”

Deliberations over how the House should handle the legislation came to a close at the end of October, when the chamber’s Foreign Affairs committee moved to approve Sherman’s UIGHUR Act.

“There are substantive negotiations and then there’s some petty stuff too, like whose name is going to be on the bill,” said the congressional staffer. “But the main thing is the substance.”

Beijing has repeatedly called on US lawmakers to abandon their legislative efforts to put pressure on the Chinese government over its actions in Xinjiang, and has previously vowed retaliation.

The editor-in-chief of the Global Times, a tabloid published by Chinese Communist Party mouthpiece People’s Daily, Tweeted on Tuesday that the government was considering restricting the visas of US officials and lawmakers who’ve had an “odious performance on [the] Xinjiang issue”.

Beijing was also considering banning all US diplomatic passport holders from entering Xinjiang, said Hu Xijin, without specifying the provenance of his information.