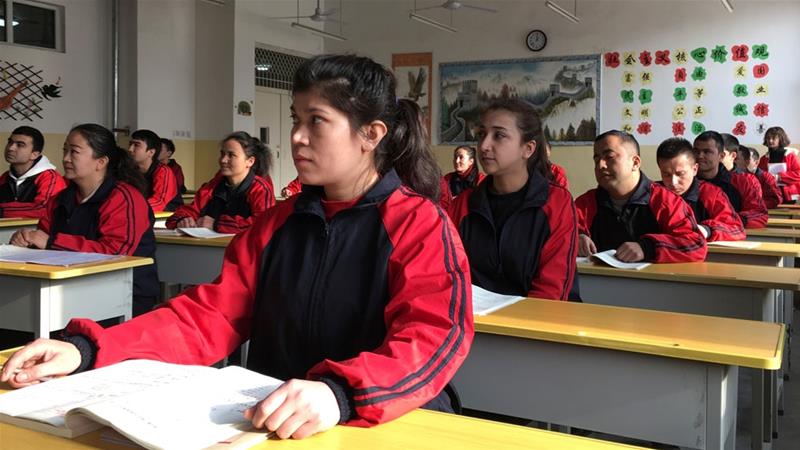 Uighur activists said they have documented nearly 500 camps and prisons run by China to detain the ethnic group, alleging China could be holding far more than the commonly cited figure of one million people.

The East Turkistan National Awakening Movement, a Washington-based group that seeks independence for the mostly Muslim region known to China like Xinjiang, said on Tuesday it assessed images from Google Earth and found 182 suspected “concentration camps” that it listed by coordinates.

The group, which said it matched its findings with on-the-ground information, said it also spotted 209 suspected prisons and 74 suspected labor camps, which it would share later.

“In large part, these have not been previously identified, so we could be talking about far greater numbers” of people detained, said Kyle Olbert, director of operations for the movement.

“If anything, we are concerned that there may be more facilities that we have not been able to identify,” he told a news conference in suburban Washington.

Anders Corr, an analyst who formerly worked in US intelligence and who advised the group, said about 40 percent of the sites had not been previously reported.

Rights advocates have generally estimated that China is detaining more than one million Uighurs and members of other predominantly Muslim Turkic ethnicities.

But Randall Schriver, the top Pentagon official for Asia, said in May the figure was “likely closer to three million citizens” – an extraordinary number in a region of 10 million people.

Activists and witnesses say China is using torture to forcibly integrate Uighurs into the Han majority, including pressuring Muslims to give up tenets of their faith, such as praying and abstaining from pork and alcohol.

“But if they were just to keep everyone imprisoned and let them die off naturally, perhaps the world might not notice. I think that’s what China is banking on,” he said.

China has justified its policy after first denying the camps, saying it is providing vocational training and coaxing Muslims away from “extremism”.

The United States has likened China’s treatment of Uighurs to Nazi Germany’s concentration camps, but an increasingly strong Beijing has faced limited criticism outside the West.