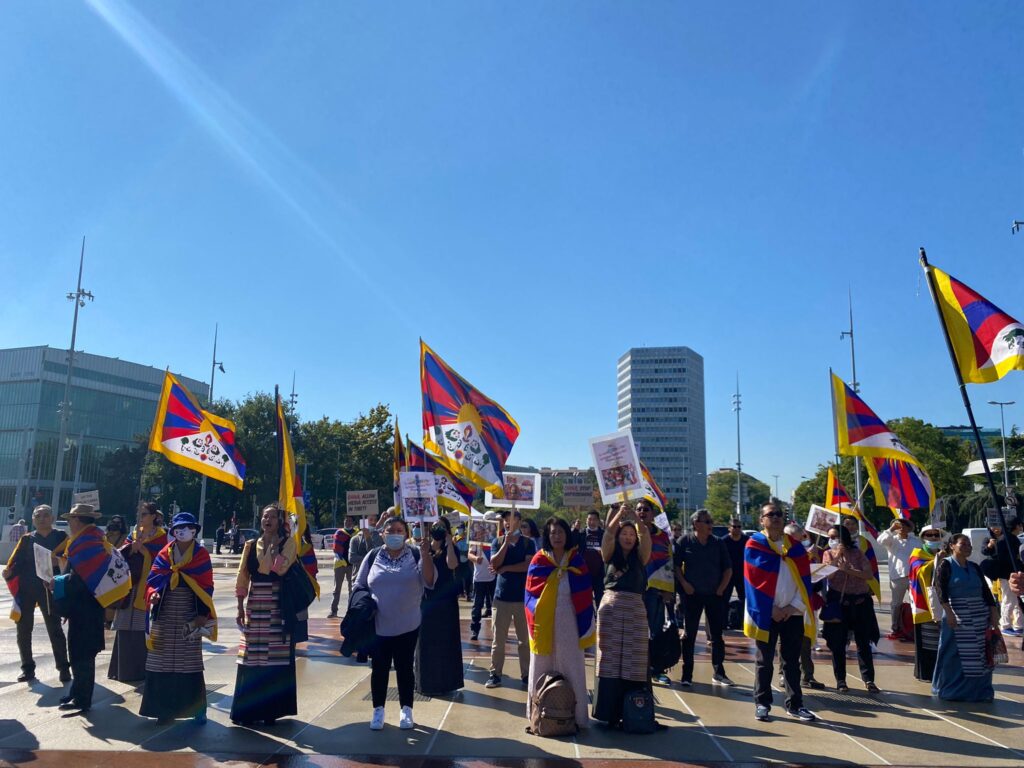 They held the Tibetan national flag and placards all the while, chanting slogans in protest against decades of oppression by the Chinese Communist Party in Tibet.

Addressing the protestors, Representative Chhimey Rigzen of the Tibet Bureau Geneva raised concern over the deteriorating situation in Tibet, and called Tibetans to stand united in countering atrocities perpetrated by the Chinese authorities in Tibet for over six decades. He further urged Tibetans to bind together for the greater cause, and be cautious against divisive trivial issues.

Representative from Swiss-Tibetan Friendship Association Uwe Meya, President of Women Organisation Tsering Youdon and Board member of Tibetan Youth Association in Europe Tenzin Desel also addressed the gathering. All of the representatives expressed serious concerns over the ongoing Chinese persecution of Tibetans and destruction of Tibetan culture and identity. They urged the United Nations and International community to make concerted efforts in bringing China accountable for violating every aspect of fundamental rights of Tibetans and other groups under the Chinese Communist regime.

Later that day, The president of the Tibetan community Karma Choekyi accompanied by the UN Advocacy officer of the Tibet Bureau  Kalden Tsomo met the representative from the UN Office of High Commissioner for Human Rights and submitted the community’s appeal letter.

In the appeal letter addressed to the UN High Commissioner for Human Rights, the members of the community expressed serious concerns over intensifications of Chinese assimilatory policies in Tibet, enforcement of compulsory Military Summer Camp for Tibetan Children, deteriorating situation in Dza Wonpo, Karze Tibetan area and persistent violations of right to Freedom of Religion, including the continued disappearance of 11th Panchen Lama Gedhun Choekyi Nyima 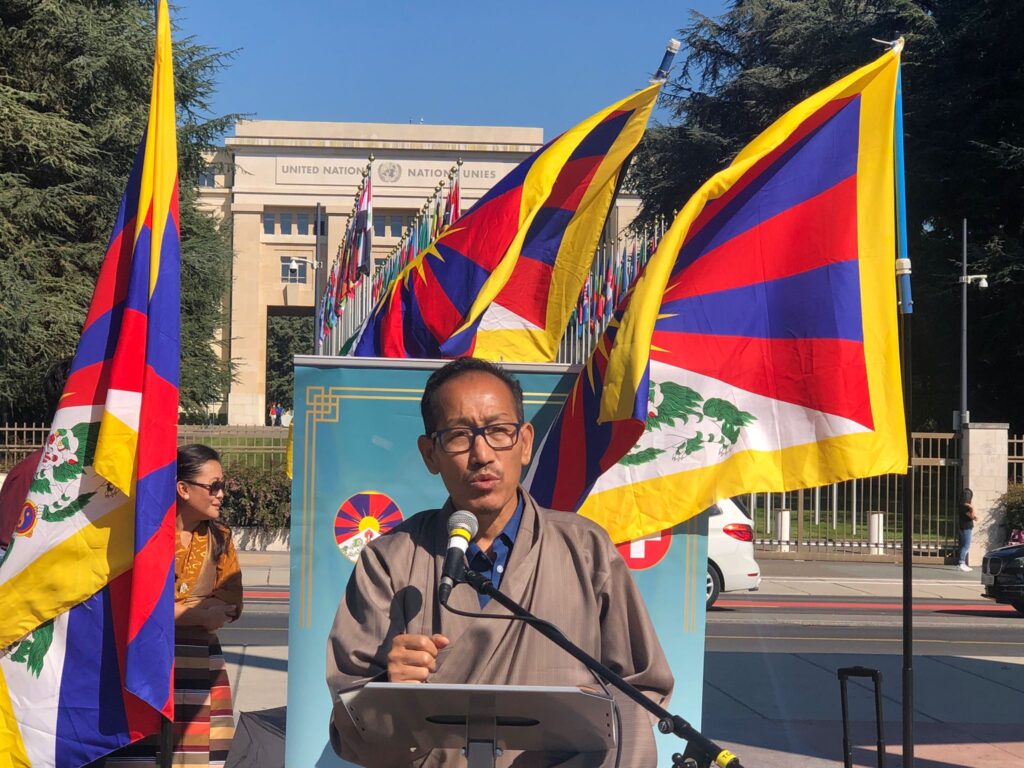 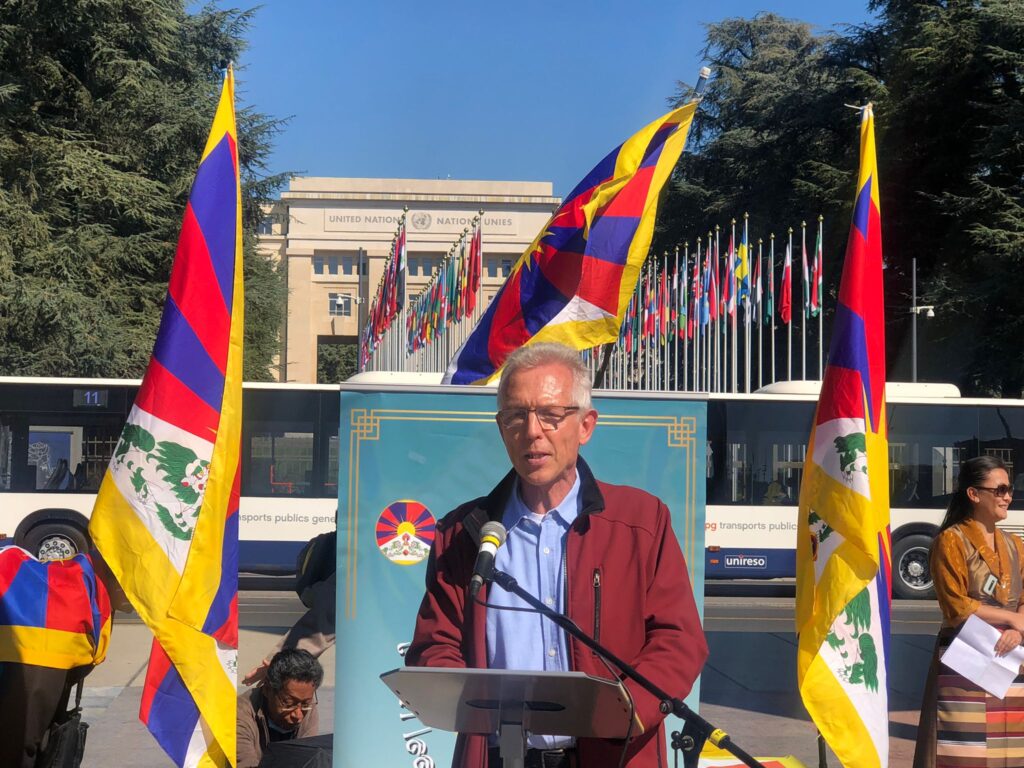 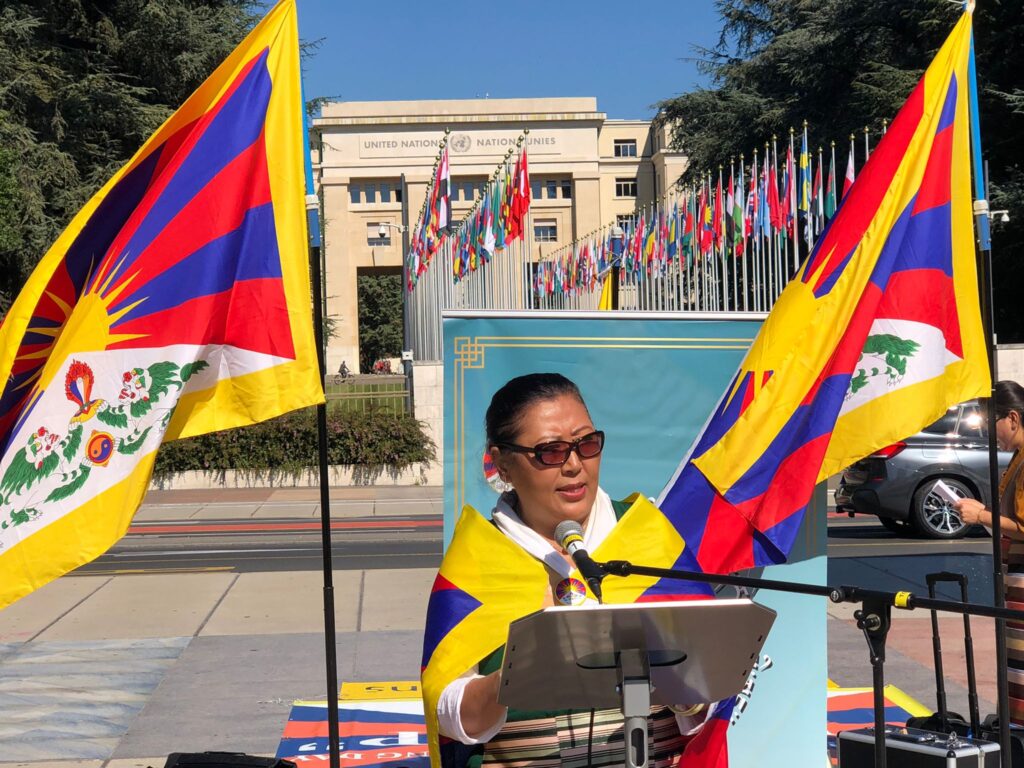 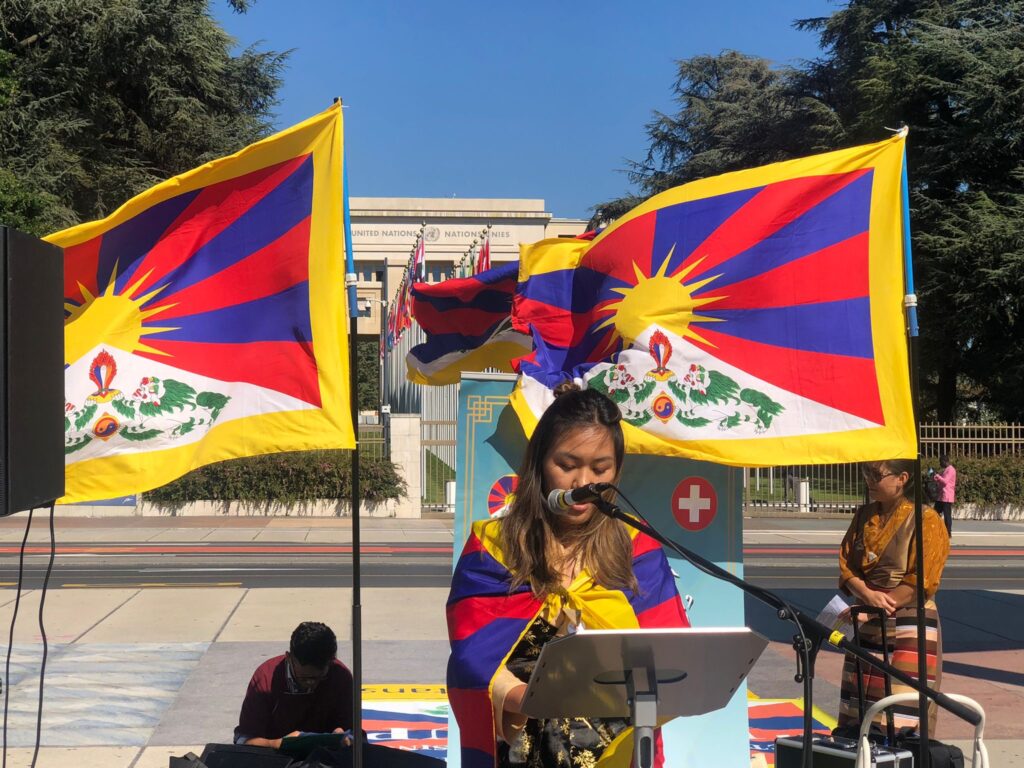 Tenzin Desel, Board member of Tibetan Youth Association in Europe.