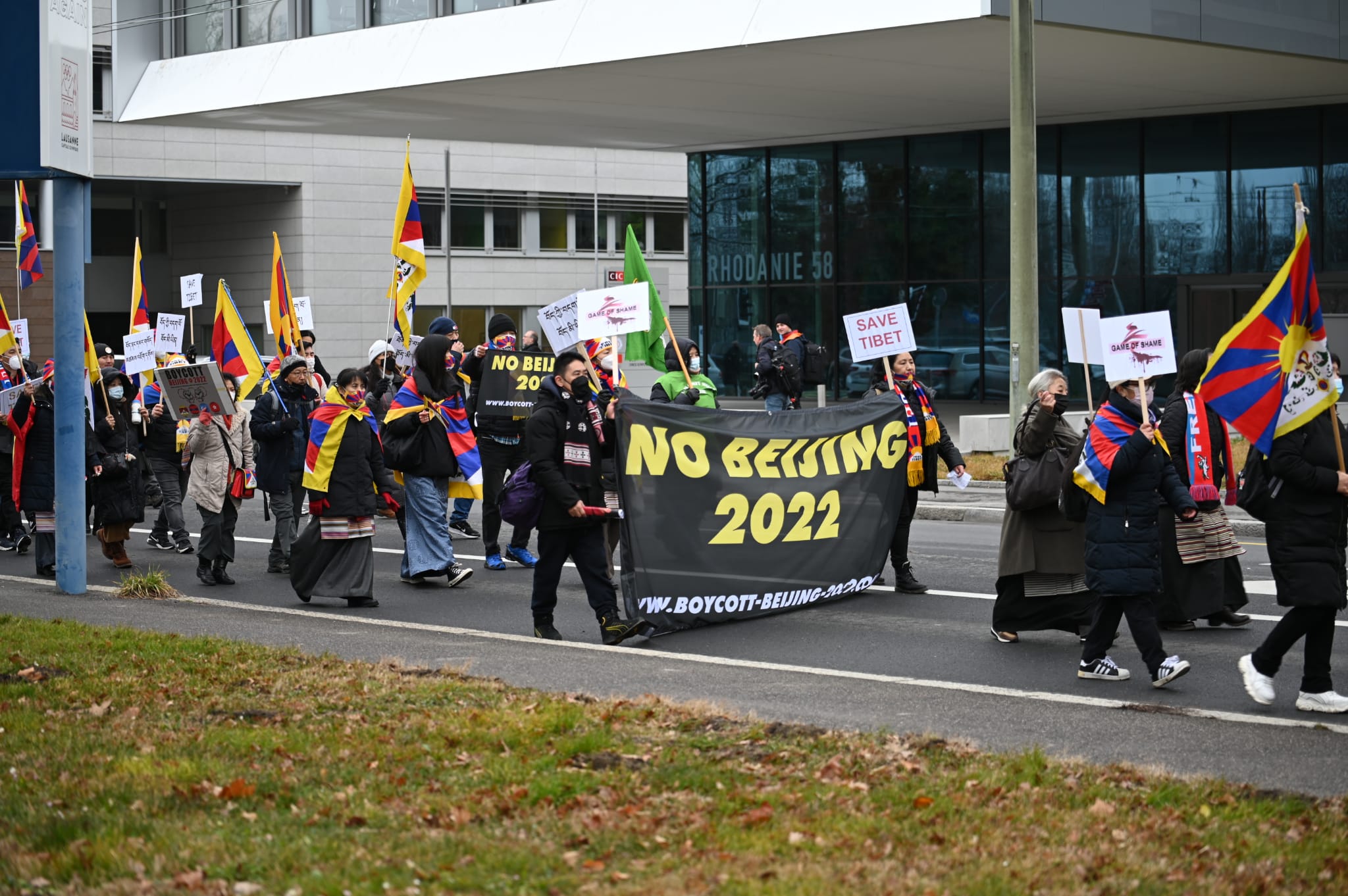 Tibetans in Europe staging a mass protest against the Beijing Winter Olympics in front of IOC headquarters in Lausanne, Switzerland.

Lausanne: Several hundreds of Tibetans held a mass protest at the IOC headquarters on the eve of the 2022 Winter Olympic Games in Beijing. Calling 2022 Winter Olympics “Genocide Games”, the protesters marched from the IOC headquarter street to the Olympic Museum based in Switzerland on 03 February 2022. Tibet supporters and representatives from the Uyghur community also joined the protest.

The protest started by handing over a joint letter to the IOC. In the joint letter addressed to the IOC, the Tibetan communities in Europe expressed profound disappointment over IOC’s failure in carrying out human rights due diligence for the Winter Olympic games 2022. The communities also called upon the IOC to issue a public statement acknowledging that the “Winter Olympics-2022 is taking place amid atrocities and genocide by the Chinese government”. The communities further urged IOC “respect and take the voices of victims of human rights abuses by China into account for any future activities”.

While addressing the gathering, Representative Chhimey Rigzen of the Tibet Bureau highlighted the atrocities of the Chinese Communist Party in Tibet, and gave a brief overview of grave violations of human rights by China, especially since the 2008 summer Olympics in Beijing. Despite mounting evidence and well documented human rights abuses by China, the IOC chose to facilitate China in showcasing its authoritarian regime by awarding China the most undeserved opportunity to host the 2022 Winter Olympics, said Representative Chhimey Rigzen.

The special guest speaker of the event, Municipal Councillor of the city of Lausanne (Greens), Mr. llias Penchant reaffirmed the Green party’s continued support and solidarity with people of Tibet and other groups suppressed by the Chinese Communist Party. In the face of rising threats from China, coordinated and collective efforts in defense of suppressed voices and democratic values are more significant than ever, said the Councillor.

The event was also addressed by both Europe-Members of Tibetan Parliament in Exile: Ven Thubten Wangchen and Thupten Gyatso; presidents of the Tibetan communities; and Representatives from Uyghur association.

In pursuant to the second general meeting of Europe Tibetan communities held in Paris in December 2021, the mass protest was organised by the Tibetan Community of Switzerland and Liechtenstein. 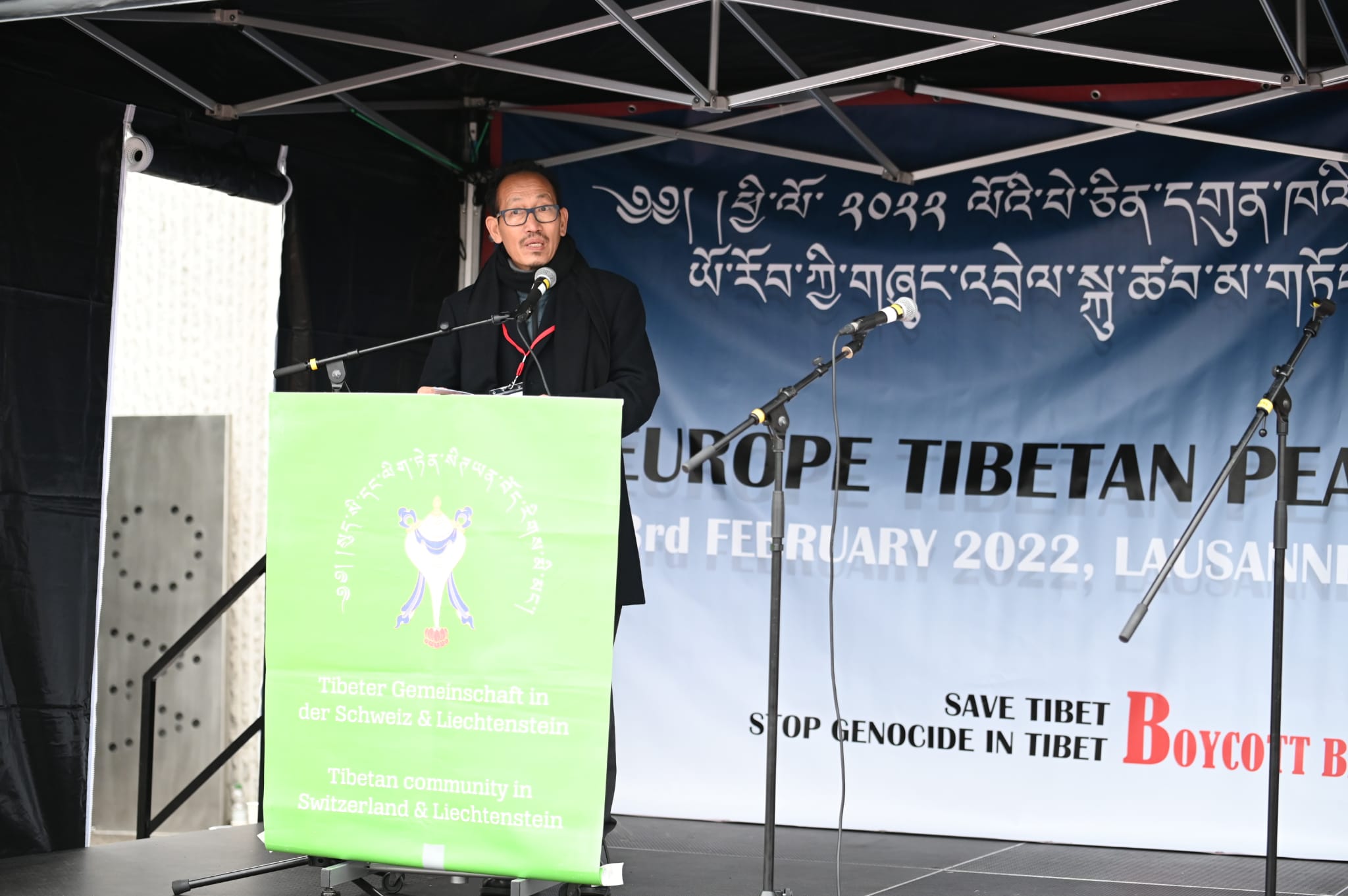 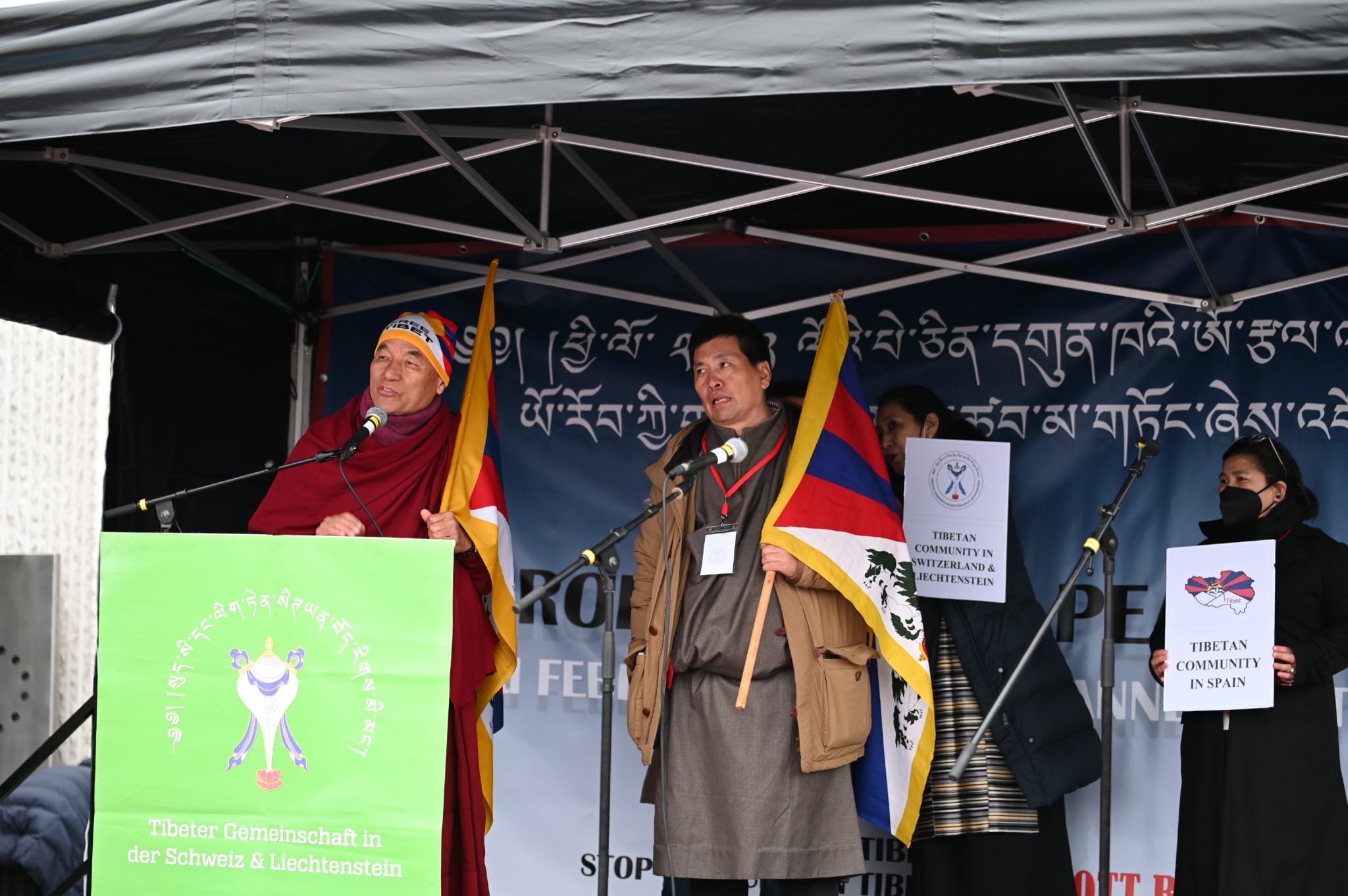 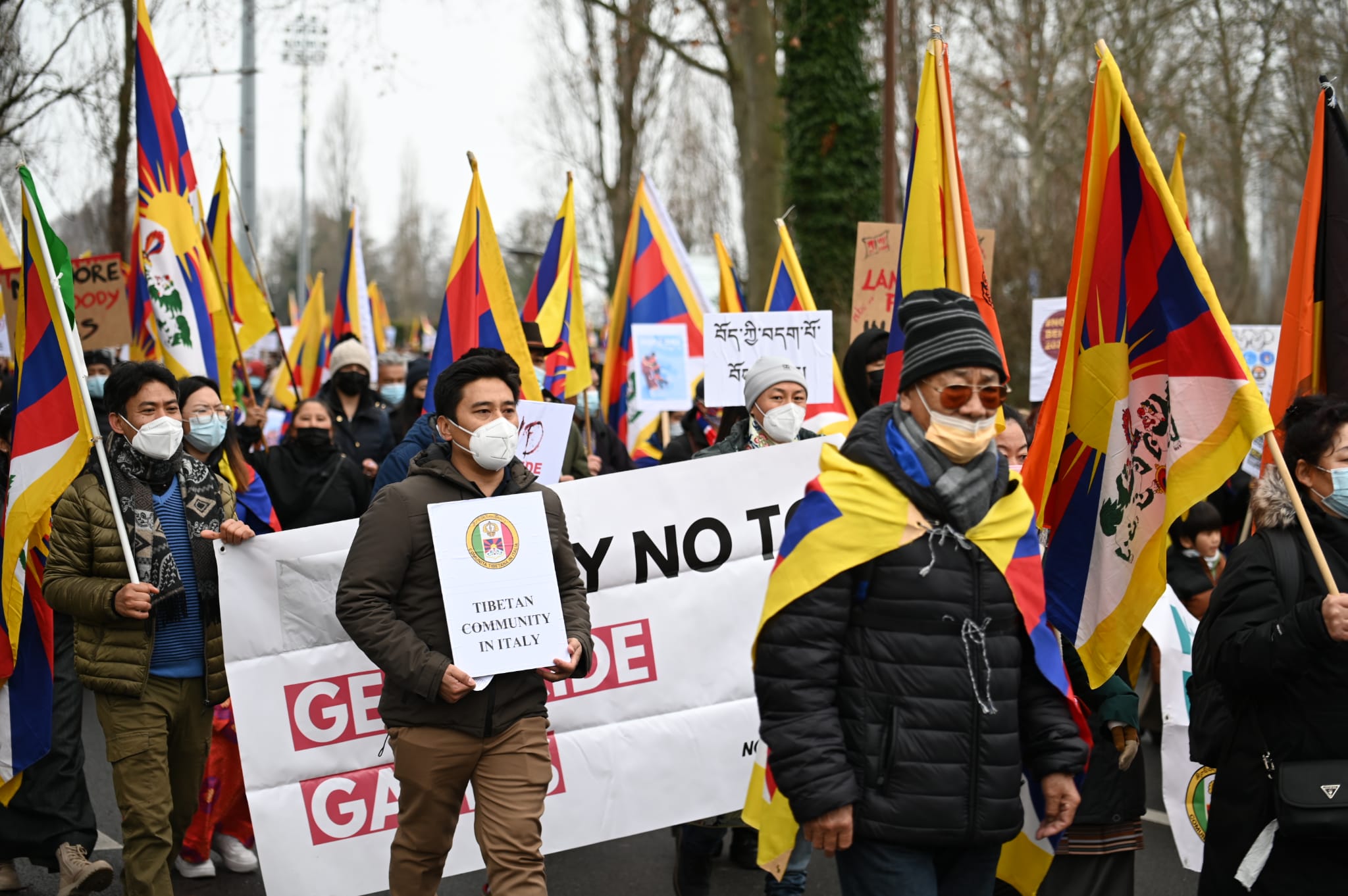 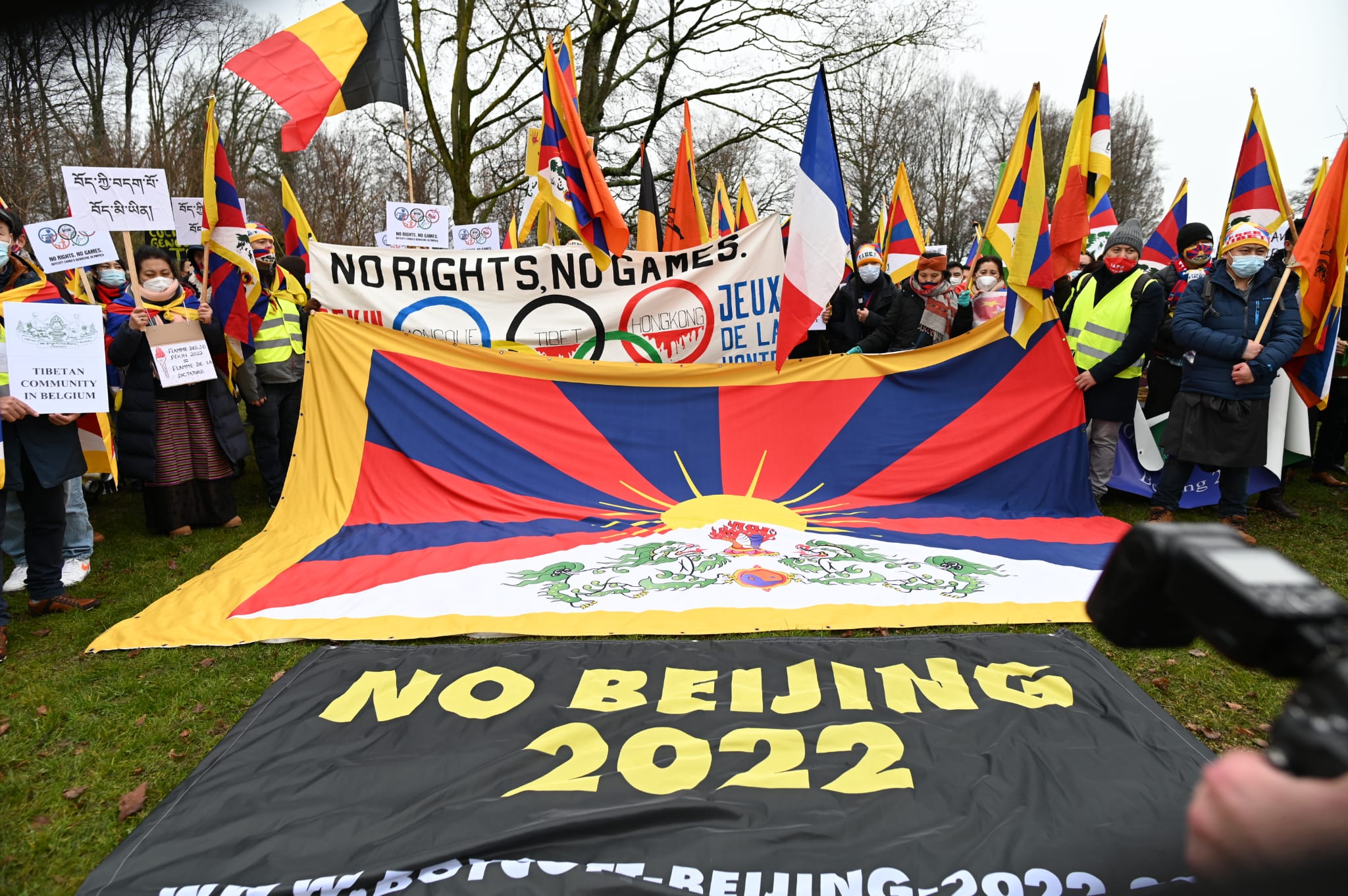 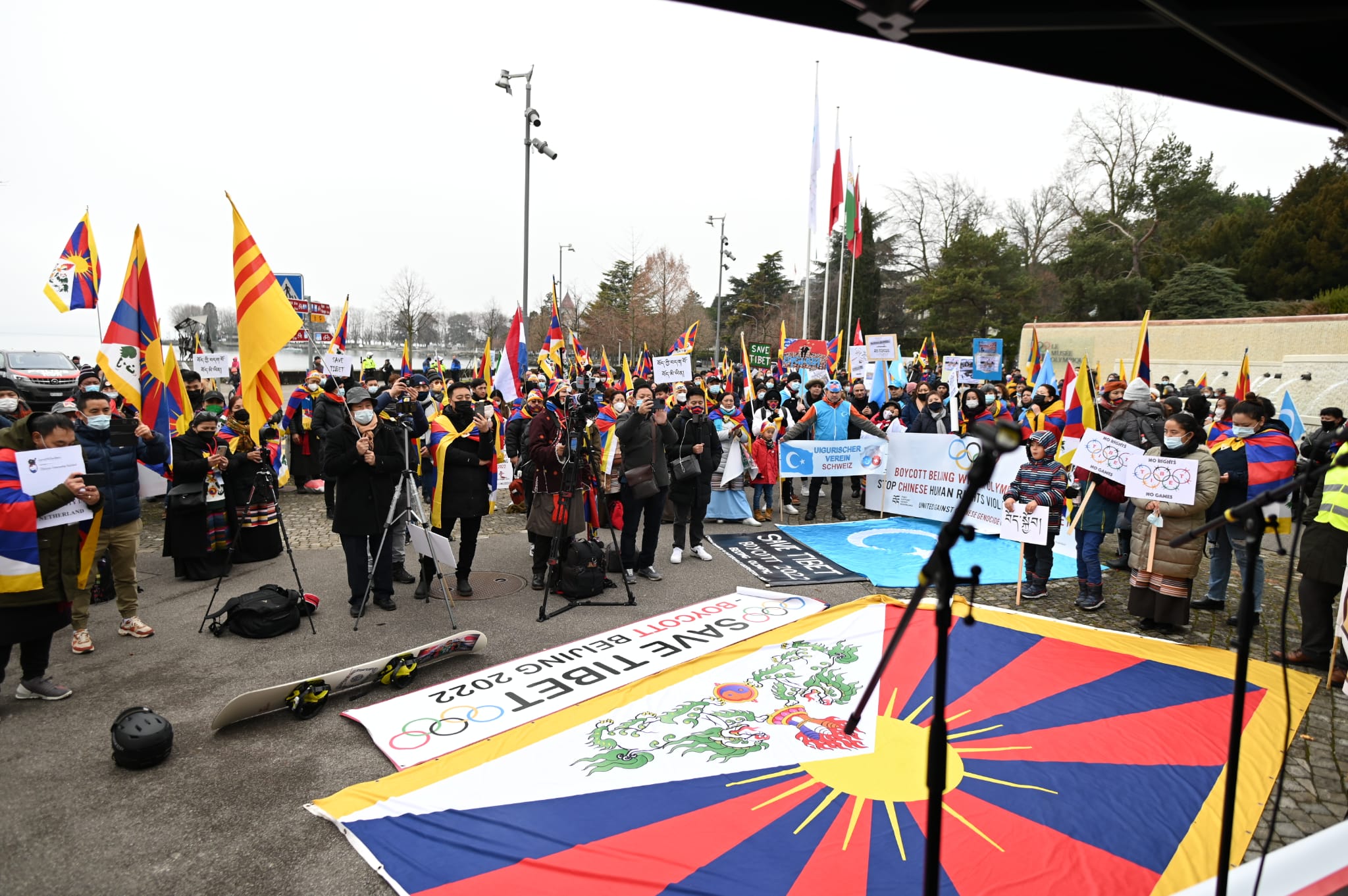