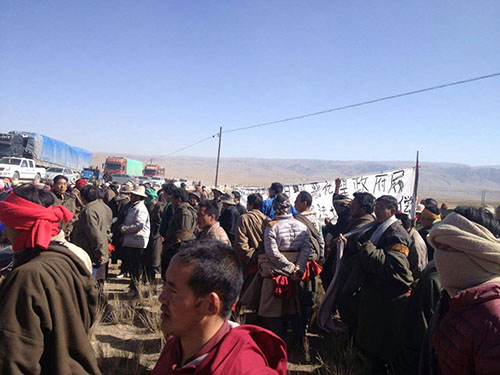 Villagers protested the proposed extension of the Chinese-built highway into nomadic grazing areas, blocking earth-moving equipment with their bodies and demanding that the work be stopped, Radio Free Asia reported.

“The number of those involved was not immediately clear, but “construction could affect about 689 Tibetan residents and their livelihood,” a source reportedly told RFA, adding that the protesters have been sitting and protesting for almost 10 days now.

So far, authorities have made no promise of financial compensation for those likely to be affected by the work on the road, the source has said.

“Instead, they called some village elders in for questioning and threatened them. If the authorities proceed with construction in spite of our protest, they should provide compensation for the land,” he added.

The residents of the village has also demanded the release of the two Tibetans arrested. They refused to sign on government documents for acceptance of the project, and have submitted a seven point petition to the government demanding fair compensation for the nomads. The petition questioned why a bridge over their grazing land could not be made instead of destroying their grazing land. 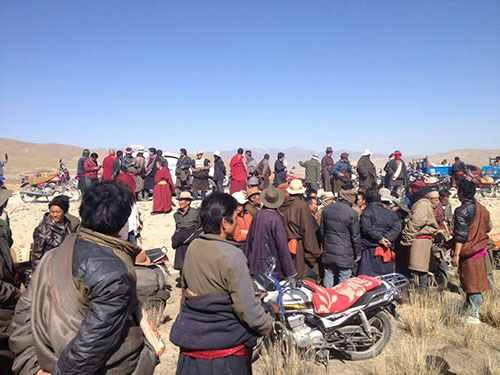