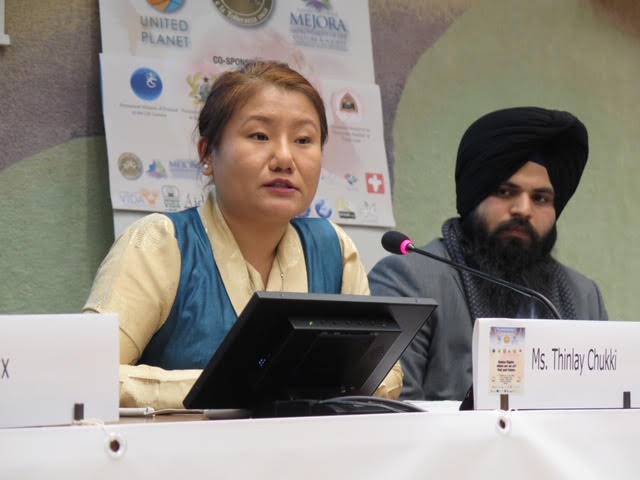 Thinley Chukki, a staff of Tibet Bureau-Geneva speaking at the conference.

Geneva: Marking the 71st Anniversary of Universal Declaration of Human Rights, a two-day conference was organized in the United Nations Building at Palais des Nations Geneva on 9 and 10 December 2019 on the topic “Human Rights: Where are we at? Past and Future?”

The Conference was co-sponsored by Permanent Missions of Finland, Ghana, Kazakhstan, Philippines, Republic of Sierra Leone and Timor-Leste to the United Nations and organized by a group of 19 civil societies led by United Planet, Associazione per i Dirtitti Umani e la Tolleranza Onlus (roughly translated as Association for Human Rights and Tolerance) and Mehora.

The staff of Tibet Bureau-Geneva Thinlay Chukki was invited to speak at the conference on the panel of Faith and Human Rights. Highlighting the deep-rooted and intimate connection between Buddhism and human rights, Ms Thinlay stated that “according to Buddhist philosophy, the life of every sentient beings including animals and plants are precious which speaks to article 3 of the Declaration on right to life. Even before the conception of modern human rights terminologies, the principles of equality, freedom, and non-violence were part of Buddhist philosophy some 2,550 years ago.”

Drawing the attention of the conference to the dire human rights situation in Tibet, Ms Thinlay, Special Appointee for Human Rights, noted that “the right to freedom of religion of Tibetans in Tibet are being violated every single day. In fact, the Tibetan monks, nuns, and former monks and nuns are at the forefront of defending human rights in Tibet. They have become the grassroots-level human rights defenders. To date, 154 Tibetans have self-immolated in Tibet protesting against the repressive policies of the Chinese government out of which some 23 monks, nuns, and former monks and nuns.”

On raising awareness about human rights amongst the younger generation, Thinlay highlighted the initiative of His Holiness the Dalai Lama through SEE (Social, Emotional and Ethical) Learning course. She noted that “such initiatives help the younger generation in understanding the concepts of human rights through moral principles and secular ethics.”

The Associazione per i Dirtitti Umani e la Tolleranza Onlus along with United for Human Rights and Youth for Human Rights has been spearheading a project on raising awareness about human rights in the Tibetan community as well. As part of the project, the Universal Declaration of Human Rights has been translated into Tibetan language and workshops and training sessions are being conducted in Tibetan refugee settlements in India.

A set of these books was presented to Thinlay Chukki at the conference by President of United for Human Rights Dr Mary Shuttleworth and President of Associazione per i Dirtitti Umani e la Tolleranza Onlus Ms Fiorella Cerchiara. 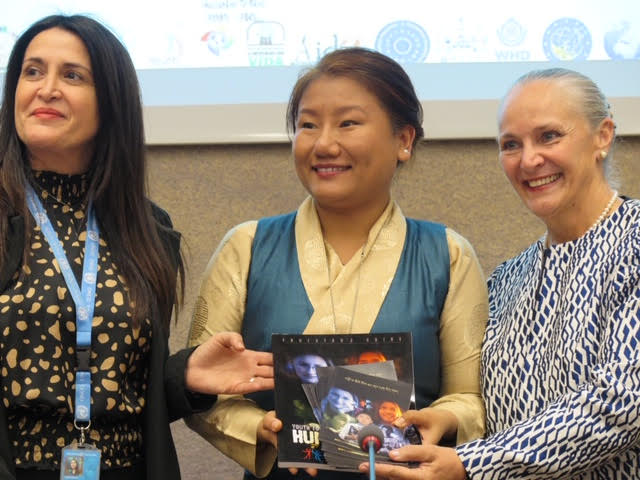 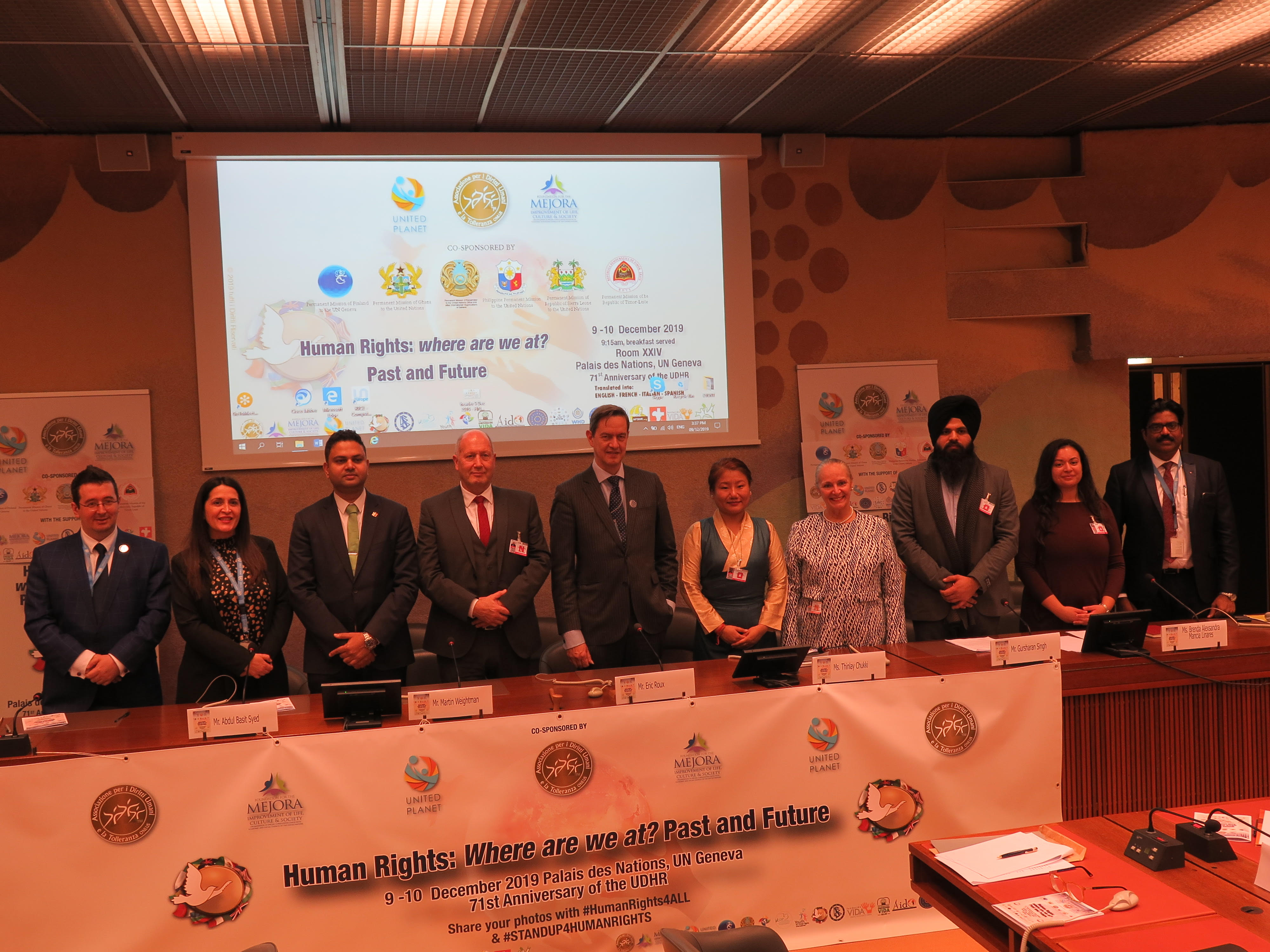 Panel on faith and human rights. 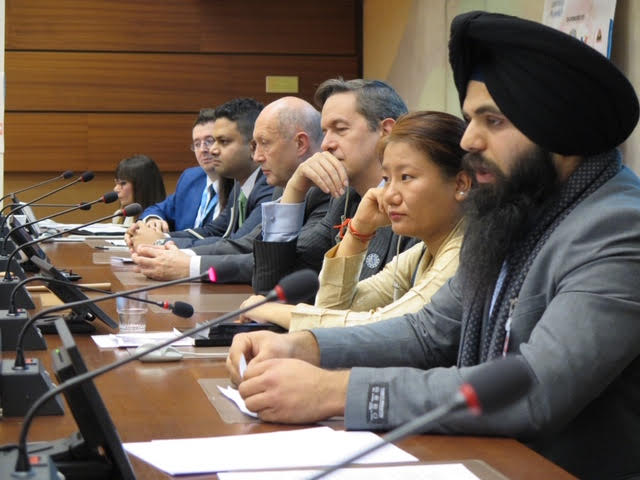 Ms Thinlay Chukki, staff of Tibet Bureau-Geneva at the conference.