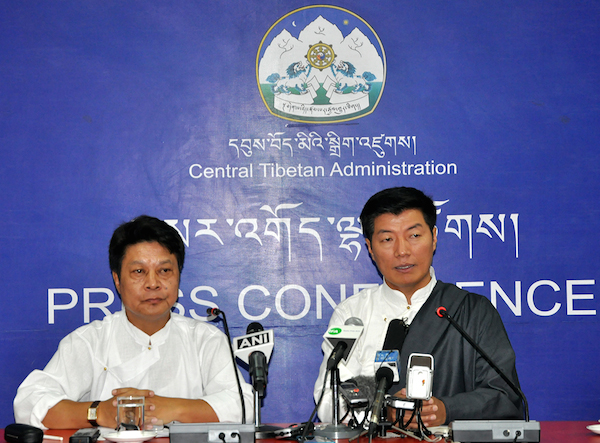 Tibetan Leadership launches special video greeting on behalf of the Tibetan People inside and outside Tibet, including a special tribute from Archbishop Desmond Tutu

Today the Central Tibetan Administration, the legitimate representative body of the Tibetan people, launches a video birthday greeting for His Holiness the Dalai Lama, who will be 80 on July 6, 2015.

Featuring a tribute and greeting from Archbishop Desmond Tutu, the video seeks to highlight the Dalai Lama’s commitment to contribute to human happiness, to foster religious harmony worldwide and to safeguard Tibet’s culture and environment.

According to Tibetan tradition, a person’s 80th anniversary bears special significance and is celebrated as a momentous life milestone. It is hoped the Dalai Lama’s supporters worldwide will share the video as a tribute to his efforts to promote peace. This year’s anniversary will be celebrated by millions throughout the world including Tibetans inside Tibet despite Chinese authorities’ restrictions.

His Holiness the Dalai Lama, in his genuine effort to democratize the Tibetan administration, devolved his political authority to the elected Sikyong in 2011. His Holiness is deeply loved and revered by his people both in exile and inside Tibet.

On June 21st, which corresponds to the Dalai Lama’s birthday based on the Tibetan calendar (5th day of the 5th lunar month), a special long-life prayer will be offered to His Holiness in Dharamshala, India.  The event will be attended by dignitaries and guests from around the world.

The video is available in English, Tibetan and Chinese.