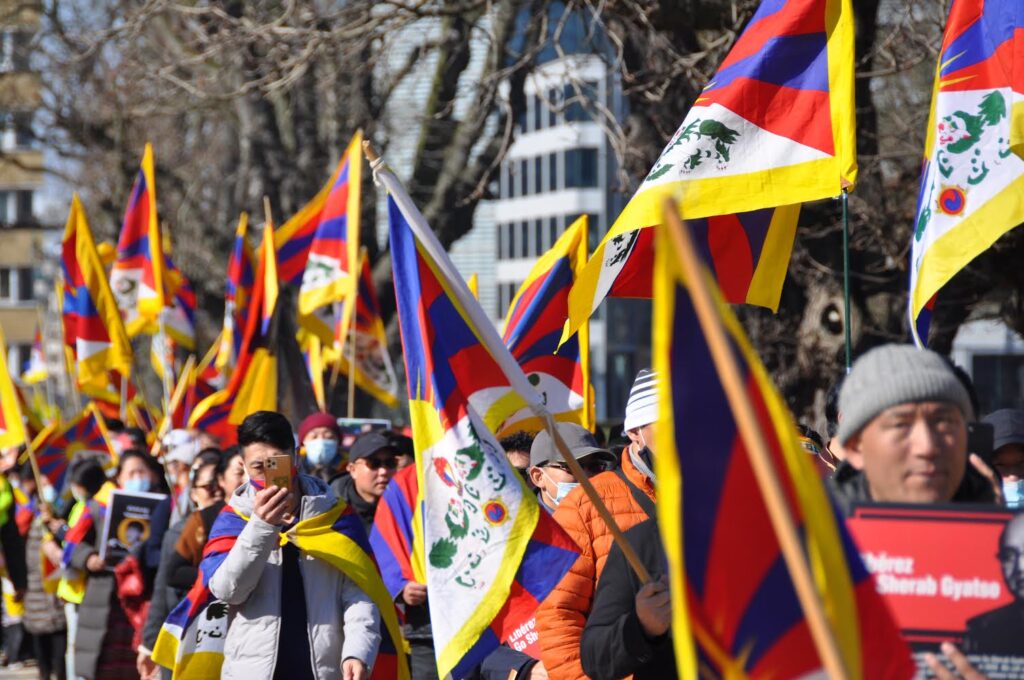 Brussels: To mark the 63rd anniversary of the Tibetan National Uprising Day, hundreds of Tibetans took to the streets of Brussels on Thursday to protest against the illegal Chinese occupation of Tibet.

This year’s program was divided into two parts. In the morning over 350 Tibetans gathered at the Schuman Roundabout also known as the European Quarter, which hosts the headquarters of the European Commission and the Council, to protest against decades of Chinese atrocities.

The protestors were seen carrying Tibetan flags, photographs of His Holiness the Dalai Lama, Self-immolators, banners with slogans and also Ukrainian flags to show their solidarity with the people of Ukraine. After singing the Tibetan National anthem and observing a minute of silence in tribute to the brave men and women who have sacrificed their lives for the cause of Tibet, the protestors marched towards the Chinese Embassy shouting slogans.

In the afternoon, the protestors proceeded to Carrefour de l’Europe in the city center for a static protest. A number of guests including Dr Samuel Cogolati, Member and Vice-President of the Foreign Affairs Committee of the Belgian Federal Parliament, Mr Ralph J. Bunche, General Secretary, UNPO, Representative Tashi Phuntsok and others addressed the gathering. A statement from the President of the Tibet Interest Group, MEP Peksa, who had to be in Strasbourg for the ongoing plenary, was read out. 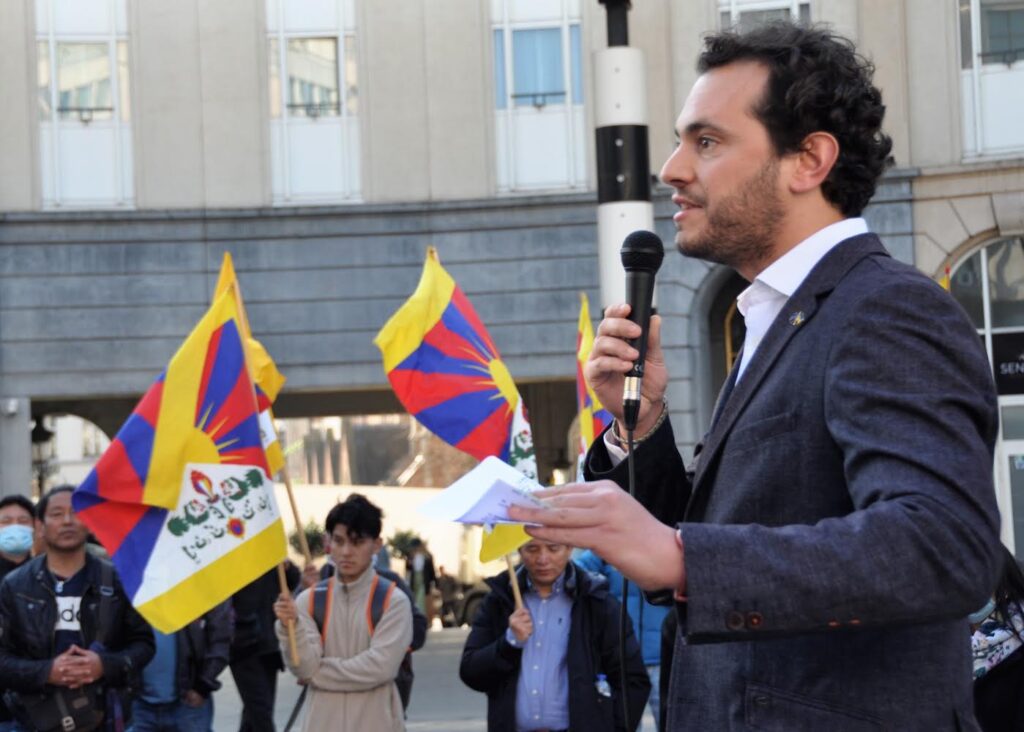 Dr Cogolati felt it was his duty and responsibility to stand up and speak in favor of human rights in Tibet as every single human being in the world, including Tibetan, is entitled to freedom of religion, opinion and dignity.

Mr Bunche said UNPO looked to the Tibetans as an example of how to resist colonialism and occupation with dignity and resolve everywhere. 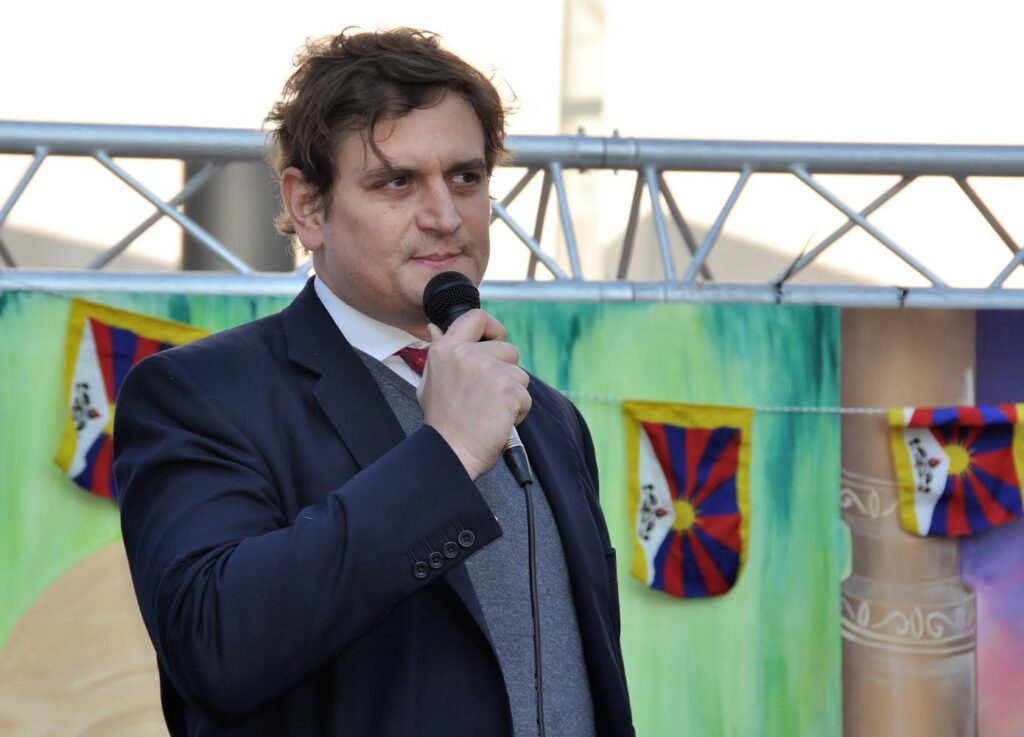 Mr Peksa in his statement said, “that the European Union must not stand idle while the situation in Tibet deteriorates. It needs a strong and unified stance on Tibet and offer an unwavering support to the Tibetan people. 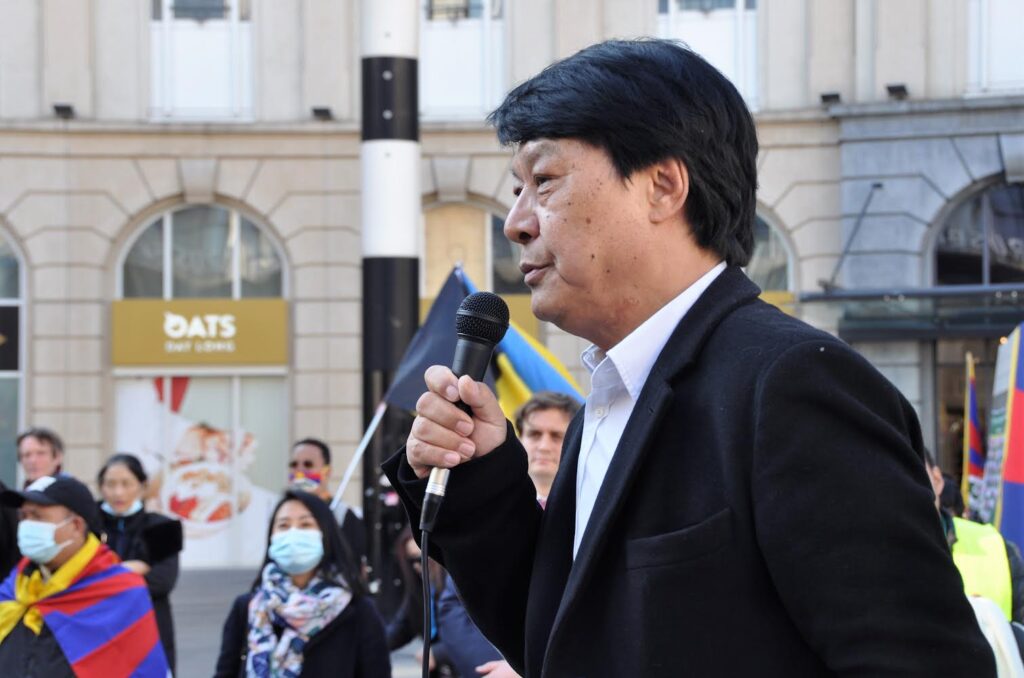 Representative Tashi Phuntsok reminded the Tibetans of the need to be the custodians of their own fate alluding to one of late Prime Minister Nehru’s remarks to His Holiness in 1959 when he said no country would come forward to fight for Tibet.

The protest was co-organised by the Tibetan Community of Belgium, International Campaign for Tibet, Lungta and Hiking for Children.