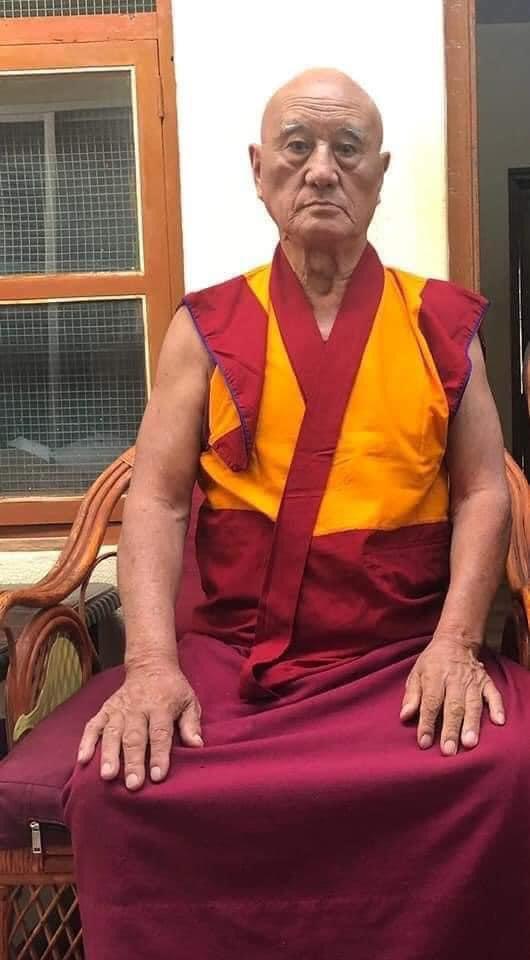 Dharamshala: Twenty days has passed since Geshe Tenpa Dhargyal, a Buddhist scholar at Gaden Jangtse Monastery in South India was declared clinically dead, but has since shown no signs of physical decay or depletion.

He is believed to be in what the Tibetan Buddhists describe as the rare meditative state of Thukdam. Read the exclusive report of the Department of Religion and Culture here.

Scientific inquiry into this phenomena has already begun a few years ago under the initiative of His Holiness the Dalai Lama. (Read more)

Geshe Tenpa Gyaltsen was born on 23 April 1934 in Kham Tawo, to mother Lobsang Lhamo and father Lobsang Bumram. At the  age of 20, he joined the Gaden Jangtse Monastery in Tibet. In 1959, he escaped to India along with tens of thousands of others after the Chinese Communist Party illegally occupied Tibet. Geshe Dhargyal spent the initial years at Buxar Choegar (Dharma Center), the first monastic facility established for Tibetans in 1959. He later moved to South India. Geshe Lobsang Dharygal was a well-learned Buddhist practitioner and had spent years studying the major canons of Tibetan Buddhism.