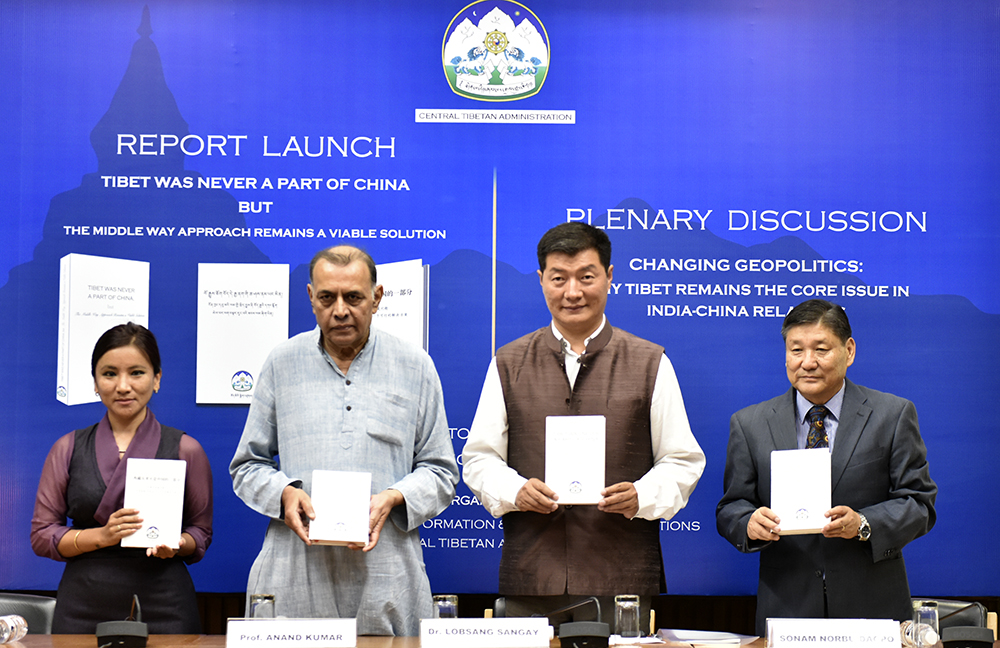 New Delhi: The Department of Information and International Relations (DIIR) of Central Tibetan Administration (CTA) today launched a flagship tri-lingual report titled ‘Tibet Was Never A Part Of China But The Middle Way Approach Remains a Viable Solution.’ The report published in Tibetan, English and Chinese languages, was unveiled by Prof. Anand Kumar, Socialist and Reformer, and Dr. Lobsang Sangay, President of CTA, at an event held at India International Centre.

Addressing the select gathering of scholars, experts, academicians, diplomats and journalists, Prof. Anand Kumar lauded the efforts of CTA to bring about an authentic handbook and said, “Tibetan reality is a mirror to those who believe in Chinese notion of socialism. This notion is a failed one.”

Prof. Anand said that under the Chinese occupation, it is not only Buddhism but the entire belief system that is suffering. Lamenting that imperialism has no future, Prof. Anand said that for India and for the rest of the world, Tibet is the beginning of the solution to achieving peace in the world.

President Dr Lobsang Sangay provided the introduction and context of the important documentation on situation in Tibet. Pointing to the rights violations that pervade Tibet under the Chinese occupation, Dr Sangay affirmed that “the 152 self-immolations in Tibet evinces the fact that Tibet is not a socialist paradise and that Tibetans are not masters in their own land.”

Explaining that the Middle Way Approach is the most viable option to resolving the longstanding Sino-Tibet issue, Dr Sangay called for the resumption of dialogue between the envoys of His Holiness the Dalai Lama and the Chinese representatives.

DIIR’s International Relations Secretary and CTA’s Spokesperson Sonam Norbu Dagpo thanked the 18 plus writers and editors at CTA, in particular at DIIR for contributing to the publication of the report in three languages. “Regardless of how much the PRC attempts to cloud the world’s view of Tibet, as long as Tibetans and their supporters continue to publish and promote information that reveals the truth of what goes on in the region, the push for the rights of Tibetans will continue. This report marks the CTA’s current contribution to this effort,” concluded Secretary Dagpo.

DIIR’s Information Secretary Dhardon Sharling opened the event with the words; “Just as we speak here today, in Putian, southeast China’s Fujian Province, the 5th World Buddhist Forum is underway. Buddhism and Belt and Road and Buddhism and Maritime Silk Road tops the agenda for the three-day forum.” Explaining that the report seeks to provide a tool to strengthen the challenge against disinformation on Tibet, Secretary Dhardon said the report provides the most comprehensive overview on Tibet’s past, present and future. 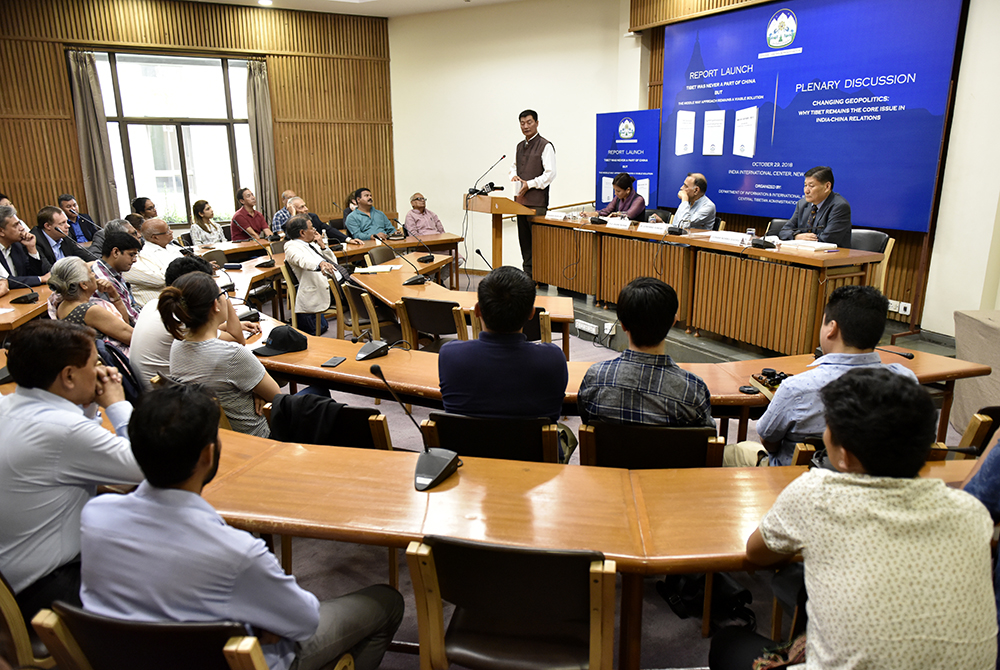