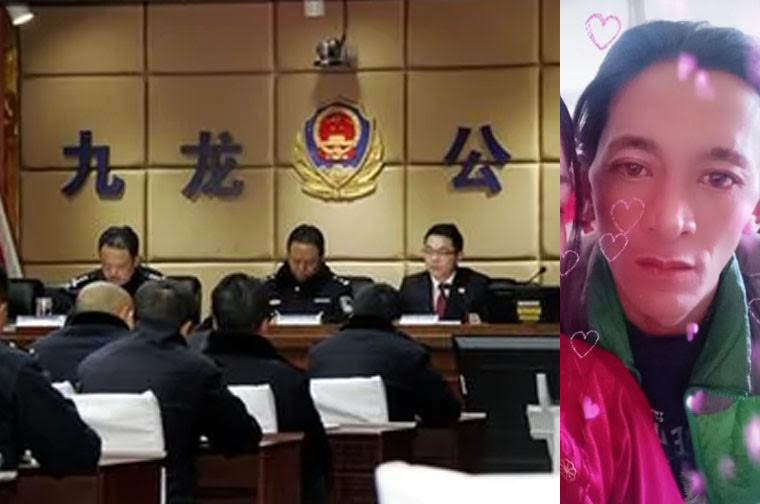 Dharamshala: The Chinese authorities on 28 September 2022 beat a Tibetan man to death after he was arrested for allegedly visiting and providing food and edibles to an old age home in Dartsedo (Ch: Kangding) County in Kham Karze (Ganzi), incorporated into Sichuan Province, an exile media reported. The Chinese police reportedly severely beat the man, resulting in his death the following day.

In the early morning hours of 27 September 2022, Ngodup Tsering was suddenly arrested by a few police officials after returning from an old age home. For hours, he was beaten and interrogated at the local police station, according to the Tibet Times report.

Ngodup’s visit to the old age home and his provision of food and supplies to the elders have been seen by the police as a slight against government officials responsible for looking after the elderly. Moreover, the police derided Ngodup and claimed that since the government officials “regularly provide food and other necessities to the elders”, an “outsider” has no need to help. Accused of having exhibited “improper facial expressions,” the authorities further punished him, rendering him unable to stand. In the police station, he died the following morning.

In the Tibet Times report, there is no further information as to whether Ngodup’s body has been handed over to the family following his passing. Ngodup Tsering drove a taxi for a living to support his family, including a 78-year-old mother Lhakyi, his wife Yutso and two children.

Chukdhar (Tib: ཕྱུག་དར།), 52, died in the custody of the Chinese police on 26 August 2022 as a result of torture inflicted upon him for conducting religious activities in Serthar (Ch: Seda) county, Karze (Ganzi) Tibetan Autonomous Prefecture, reported the Tibet Times and confirmed by the CTA’s Department of Security.

Among the other Tibetans arrested were Gyelo (དགེ་ལོ།), Tsedo (ཚེ་རྡོ།), Bhamo (འབའ་མོ།), and Kori (ཀོ་རིས།), who are being held in Karze County prison. The five Tibetans were allegedly arrested on 24 August for leading a religious ceremony and conducting Sangsol (burning of Juniper), stacking Buddhist Mani stones, and praying in public, according to the report. Known in their town as the “Noble Five” for their generosity, responsibility, and loyalty, the quintet often leads the town’s religious activities and prayer services at the request of the local Tibetans, the report said.

It is also reported that the families of the arrested were denied a meeting and were not allowed to provide food and eatables for the detainees on 25 August. On 26 August, Chukdhar’s family was informed that he had passed away in prison and they should come to pick up his body. The authorities said they would return Chukdhar’s body only if his family signed an official letter confirming his death was not caused by police abuse. Chukdhar’s family maintains he was perfectly healthy after officials said his “death occurred suddenly”.

“The Serthar county police assured the surviving family of the deceased of a compensation of 100,000 Yuan ($14,113 approx.) and an additional 10,000 Yuan for every family member each year”, the source told the Tibet Times. “But they have yet to receive the compensation, so it is just a false promise to manipulate the family into removing the body from their custody”, it further explained.