Tibet on the Political Agendas in Europe: A webinar discussion on 9 April 2021 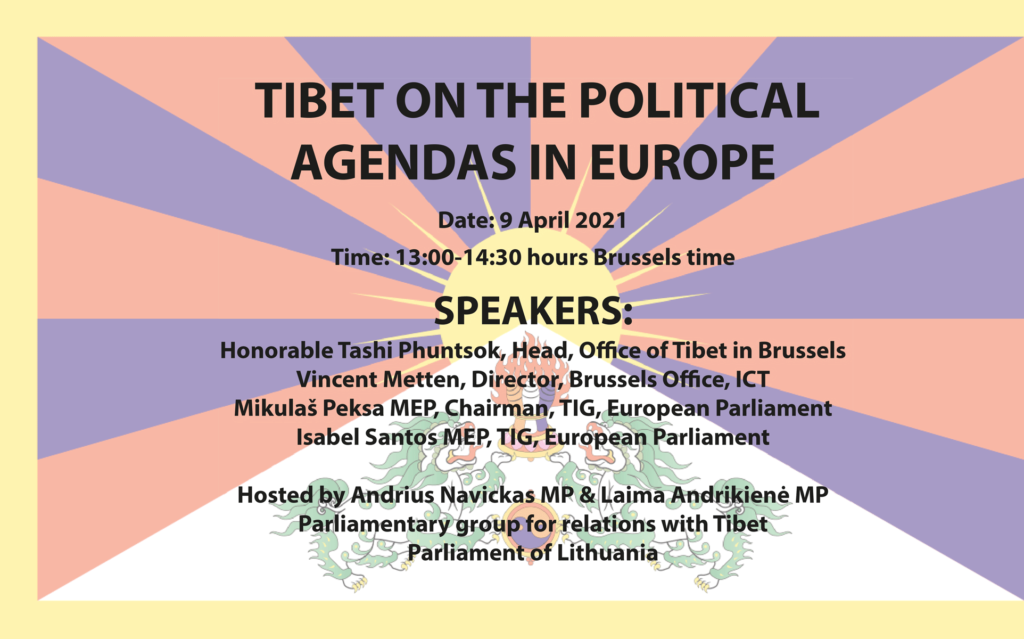 Tibet on the political agendas in Europe: A webinar discussion

Brussels: Lithuanian MPS Andrius Navickas & Laima Andrikienė of Parliamentary group for relations with Tibet, Parliament of Lithuania, will host a zoom discussion on ‘Tibet on the political agendas in Europe’ on 9 April 2021, Friday at 13:00-14:30 hrs Brussels local time.

Representative Tashi Phuntsok will briefly trace Tibet- Europe relations, highlighting the common grounds and identifying pressing agendas that Europe will need to address with full force and attention on the issue of Tibet.

The host of the webinar has been associated with Tibet for a very long time. The Second International Parliamentarians’ Convention of Tibet was facilitated by the Lithuanian Parliamentary Group on Tibet in 1995. MP Laima Andrikienė was the leading coordinator then and until her recent election in the national parliaments, she was associated with TIG in the European Parliament as MEP.

– filed by Office of Tibet, Brussels