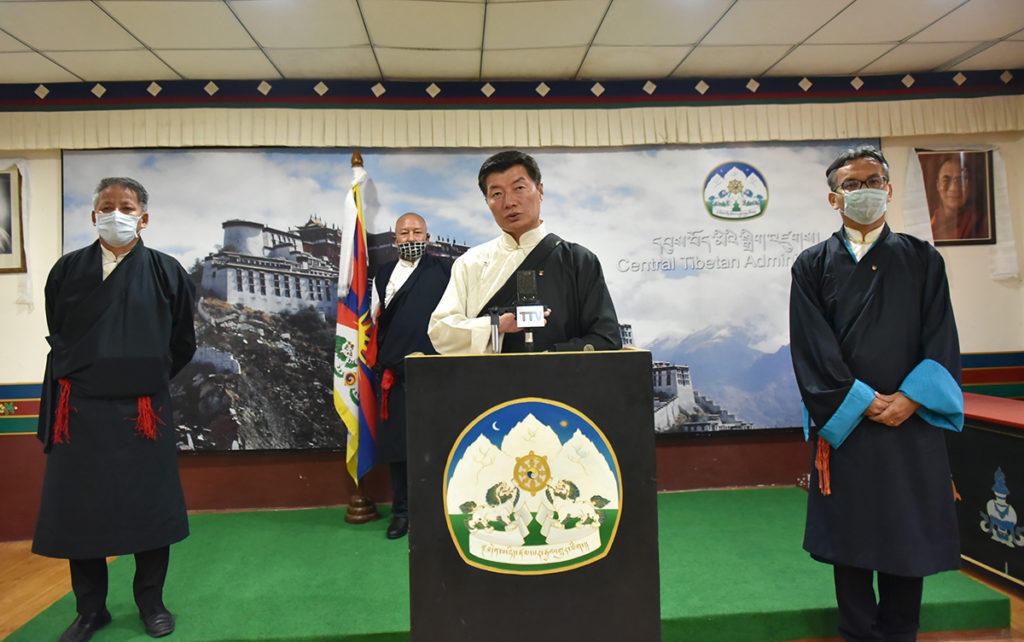 Dharamshala: Sikyong in his routine Thursday COVID-19 press briefing, addressed the ongoing situation with the pandemic, highlighting the role of individual responsibility in combatting the disease. He cited the example of the outbreak within China, observing that it followed a 5-month course-initial outbreak, multiplying, peaking before the curve flattened. Referring to the daily toll rise in India from the detection of 2000 cases on April 14, to 4000 this week, he said India’s toll is not huge in terms of its population. He, however, cautioned against the ignorance of safety measures, which he pointed out, has worsened the situation in Europe and the US.

As per cases of coronavirus in Tibetan communities worldwide, Sikyong said a 54-year-old Tibetan from Belgium, one from London, one from Finland and three nurses from Ireland has recovered from the COVID-19 infection while a Tibetan in Swiss has died from the disease.

He said there could be more cases in the US and others but for now, these are the lists as per the information of the Offices of Tibet.  He urged Tibetans around the world, especially in Europe to follow precautionary measures as Europe is gradually reopening.

Concerning stranded Tibetans, Sikyong said that under the Home Department, a hotline had been established and shared with the public early on. He informed that guidance has been issued for stranded people. While the CTA was making every effort, it is difficult in some states to get the travel pass, due to the large migrant population returning home, every case has to be approved accordingly, costing more time. He instead asked people to contact their Settlement Officer if one needs to return home urgently. He told them to consider the situation all over the country so as to not get anxious.

Secondly, Sikyong stressed again for Dharamsala residents returning home to if possible stay in one place instead of journeying home. He stated the risk of carrying the disease in Dharamshala, the seat of His Holiness the Dalai Lama and CTA. He issued a strict order to those people to contact the Settlement Officer on arrival in Dharamshala in order to get the supporting letter for checking into the quarantine facility.

Sikyong then added with optimism that while the pandemic is going to peak in May and June, experts are suggesting the summer and rainy season might contain the spread, as in the case of SARS. Concurrently, some experts suggest it might return in the winter more intensely while propounding optimism in light of the more positive forecast.

He advised healthy practices like, drinking water, regular hand washing and wearing facemasks. The health department has procured facemasks and distributed them among the public and where shortage arose, they have ordered production of homemade masks.

To students appearing for the board exams, he said the Education Department is providing online instruction and stressed, preparation ahead of the critical exams.

Finance Kalon in his address, shared about the importance of Gangjong Finance initiative which provides self-owned businesses with the operating costs to promote self-sufficiency. He also shared the receipt of donations from PRM in this crisis to support Tibetan refugee businesses. He advised prioritising health safety at this time over financial pursuits. 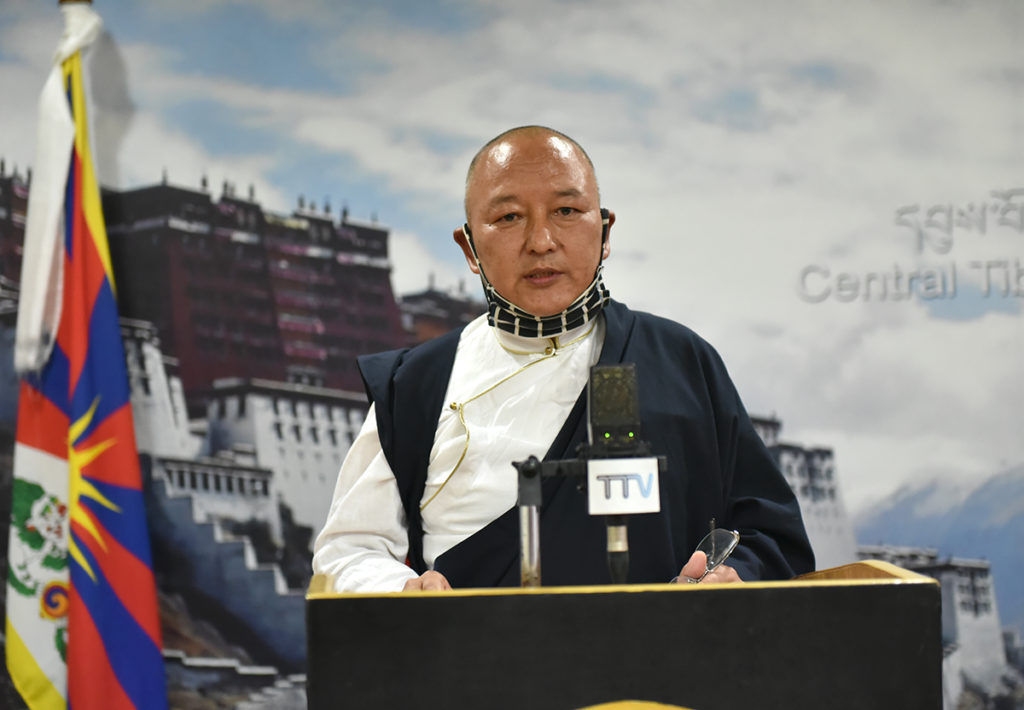 Dr Kunchok Tsundue, the Managing Director of the Gangjon Finance spoke about the zero-interest loan scheme which would be made available for the Tibetan sweater-seller businesses in Green zones. He thanked the PRM for releasing funds to SARD as per request.

Dr Kunchok Tsundue presented the graph of the COVID-19 status in Tibetan settlements across India, Nepal and Bhutan. He pointed the high-risk districts indicated by a red bar, less risky with orange and no risk by green. In Kangra, new cases have appeared after months without it. Some in Dalhousie.

He said that those sweater-businesses falling in red-zones can not open businesses as government restrictions make it unlikely.

However, he clarified that if a region is listed as no risk after a 14 or 21 day period, the necessary loan disbursement will proceed accordingly. 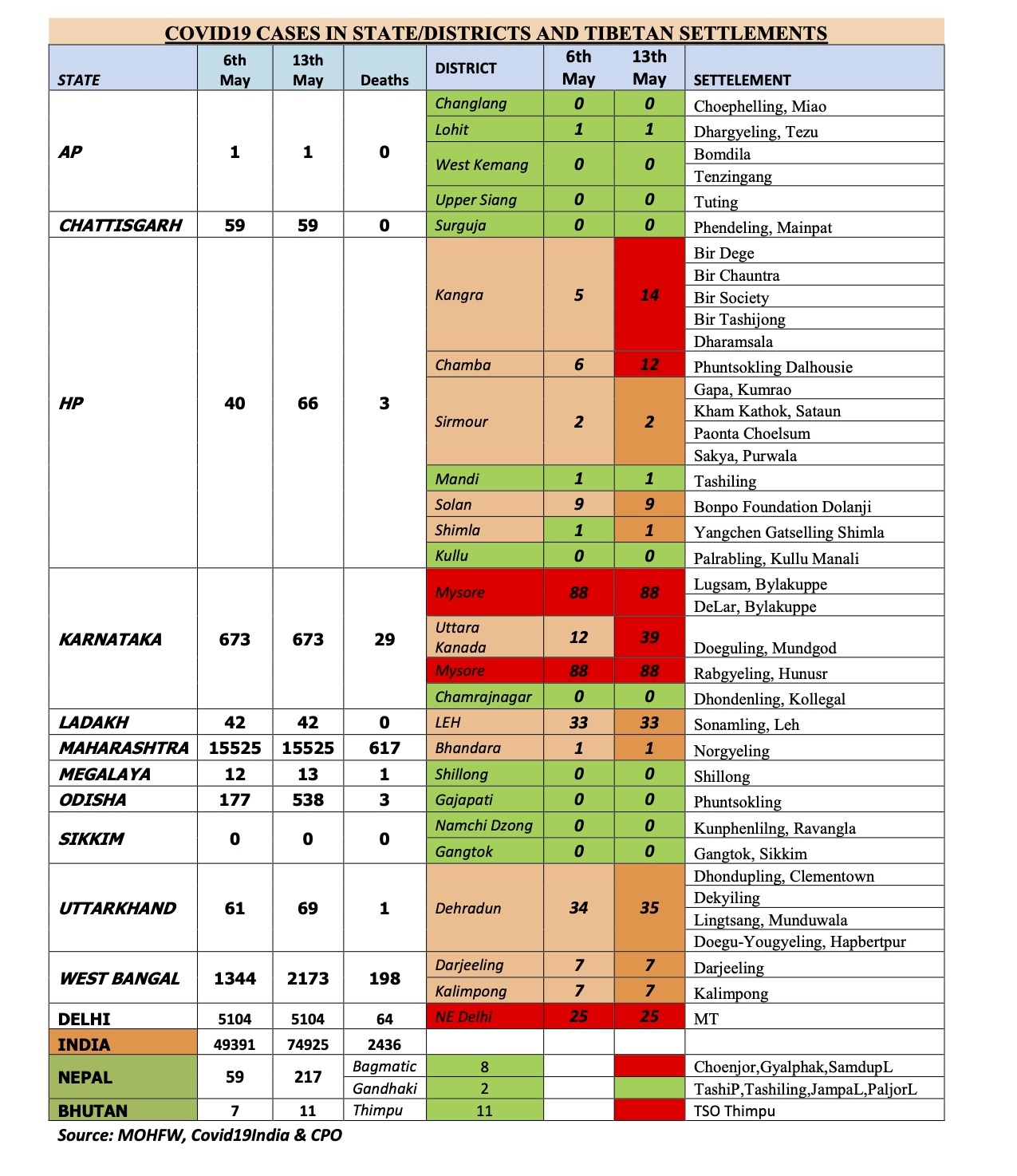 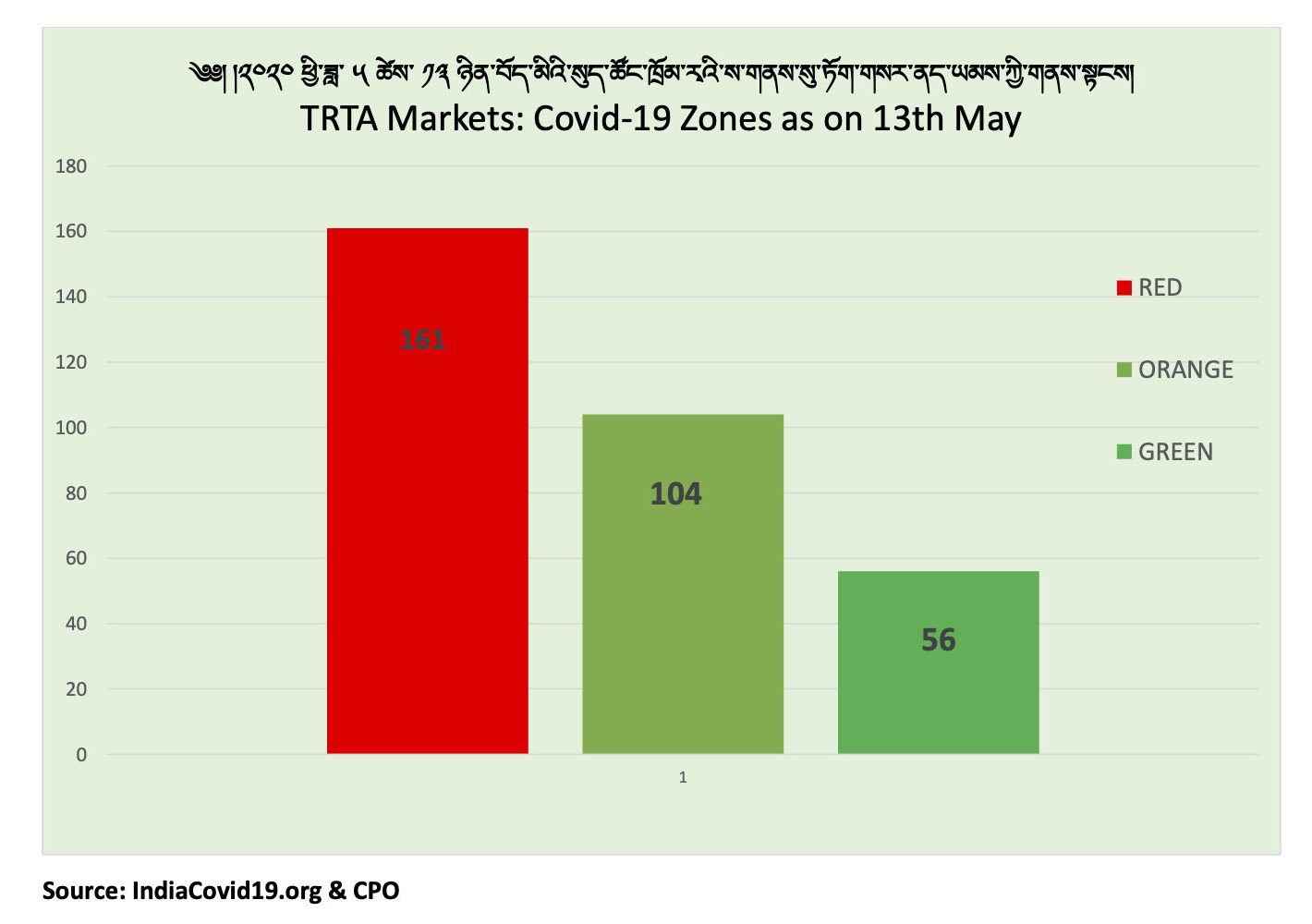 COVID-19 cases in districts of Tibetan sweater-seller businesses as of 13 May 2020; Chart prepared by Gangjong Finance. 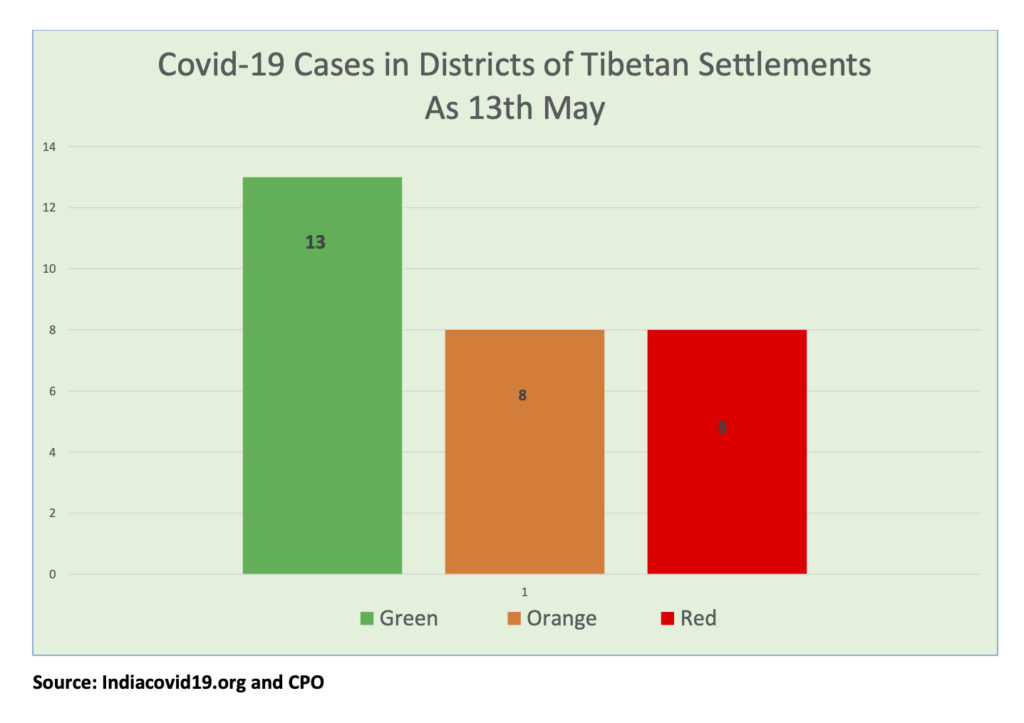 COVID-19 cases in districts of Tibetan settlements as of 13 May 2020; Chart by Gangjong Finance.