Maura Moynihan for The Asian Age. Read the article here. 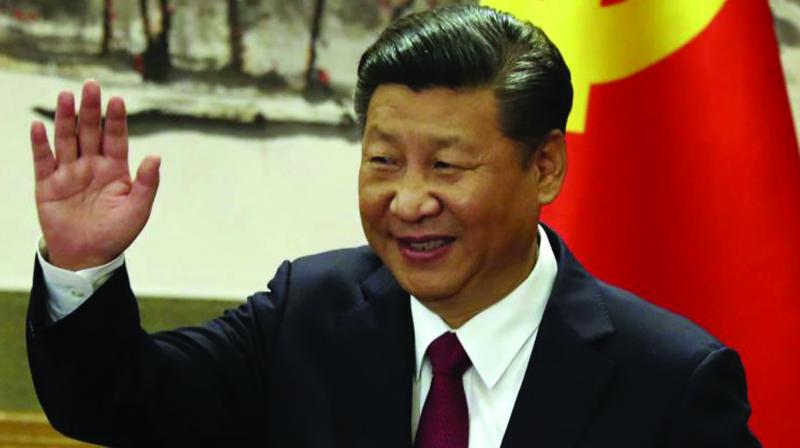 The PLA’s tanks and troops storming Causeway Bay risks a blowback and the grand plan for global hegemony.

The year 2019 was a portentous one for Xi Jinping, China’s “Paramount Leader”, the most ambitious and merciless strongman that country has seen since Chairman Mao Zedong. On October 1, President Xi celebrated 70 years of the Chinese Communist Party’s rule with a massive Soviet-style parade that showcased all manner of military hardware, the presumed foundation of his “Chinese Dream”. But Mr Xi’s party was eclipsed by the Hong Kong protests, which exploded last spring, just before June 4, the 30th anniversary of the Tiananmen Square massacre. In November, the Xinjiang Papers exposed the state persecution of the Uighur people, and trade talks with the United States are no longer an easy pass; while in Taiwan the Beijing-backed KMT candidate lost by a landslide as tough-on-China President Tsai Ing-wen was decisively re-elected. Now, 2020 is going to be a tough sell for Xi Jinping Thought.

The year 2019 marked another historic milestone that received little international notice; 60 years ago, last March, the Dalai Lama eluded captured by the People’s Liberation Army and escaped to safety in India, where he lives to this day, protected by the Indian government and loved by the Indian people. In Hong Kong, the world is watching, but Tibet and Xinjiang, the “Western Treasure Houses,” distant lands filled with riches of minerals, timber, water, vital to China’s hopes for control over Asia, are locked behind the Bamboo Curtain.

Hong Kong has put President Xi in a tight spot. The PLA’s tanks and troops storming Causeway Bay risks a blowback and the grand plan for global hegemony. Adhering to international standards of law and supporting the outcome of the November 24 election, when Democracy candidates were victorious, risks fracturing the periphery; like Hong Kong, Tibet and Xinjiang are also “autonomous regions” within the People’s Republic of China.

If you want to do business in China, there is to be no discussion of Chinese dominion over the “Three T’s” — Tibet, Turkestan, and Taiwan. The Western powers have meekly complied; most foreign governments will no longer receive the Dalai Lama. Former US President Barack Obama in 2009 refused to meet the Dalai Lama, giving the Chinese what they most craved: a mortal blow to the Tibet movement; the one activist group that for decades relentlessly exposed the CCP’s crimes against humanity. China has bought the compliance of academics and policymakers, so ignorant about the strategic and resource advantage gained by Tibet’s capture is near-universal. But to ignore Tibet is to misread how the Chinese occupation contributes to environmental, economic and military instability in Asia and the world.

In 2000 China launched Xi Bu Dai Fa — “Opening and Development of the Western Regions” — Tibet and Xinjiang — the pilot project for the global Belt and Road Initiative. Beijing now has crisp new rail and road links to Tibet to accelerate resource extraction and connectivity to nations in South and Central Asia. Tibet, the Water Tower of Asia, the source of the nine great rivers of Asia that sustain three billion people in 11 nations, is choked by Chinese hydro dams. Tibet has long been Communist China’s torture laboratory; the official who fine-tuned the concentration camps in Tibet, Chen Quanguo, was posted to Xinjiang in 2016. The Tibetan Plateau gives the PLA the high ground with vast military bases loaded with aircraft that can strike South and Southeast Asia in short order. Any institution with the temerity to raise this matter is threatened with expulsion from the Chinese market, and silence is easily bought.

In June 2019, the US-China Committee of 100 sent an open letter to President Donald Trump and members of Congress as well as the Washington Post, with the headline: “China is not an enemy”, which stated: “Although we are very troubled by Beijing’s recent behavior, which requires a strong response, we also believe that many US actions are contributing directly to the downward spiral in relations.” That’s a novel spin when American financiers are actively trying to invest $500 billion in US government pensions funds in Hikvision, a Chinese military company. It would not be incorrect to say that this is treasonous, yet the mainstream media won’t report on it.

So, what do the signatories of this open letter — many of them retired diplomats, senators, governors — have to say about Hong Kong? So far, nothing that’s made it to Twitter. The International Campaign for Tibet, Richard Gere’s advocacy project, has said little about Hong Kong, most outreach is plaintive requests for funds: “I know you are a compassionate person who wants to do as much as possible for Tibet, and your donation gives the Tibetan people hope.” Just how your donation gives hope to Tibetans laboring under Chinese rule is unclear, as Tibet has been virtually absent from the new global discussion about Communist China.

Hong Kong has also put China’s appeasers in a tight spot. What excuses will they proffer if China strikes India, Taiwan or Japan, or the West — when they willingly handed the Chinese Communist Party computer codes and factories? If PLA troops slaughter the people of Hong Kong, which side will they root for?

Lord Chris Patten, the last colonial governor of Hong Kong, wrote in a recent essay “Hong Kong says No To The Chinese Dream”: “There is an American imperative for urging someone to accept reality: ‘Wake up and smell the coffee’. When Hong Kong’s population wakes up nowadays, the reality of Chinese Communism comes with the smell of tear gas… Hong Kong’s citizens want to continue living in a free society under the rule of law. That is their dream.”

The people of Tibet have a dream too — freedom from Chinese Communist rule.