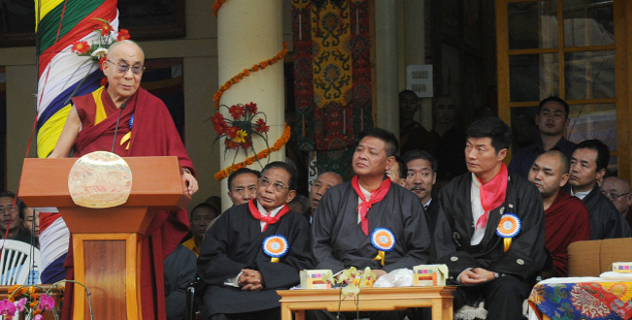 On this special and joyous occasion of the seventy-seventh birthday of His Holiness the Dalai Lama and on behalf of Tibetans inside and outside Tibet and the Central Tibetan Administration, I offer His Holiness our deepest reverence, prayers, and warmest wishes.

Today is the most auspicious day not only for the people of the Land of Snow but also for the entire world. Though Tibetans are confronted with an unparalleled tragedy in our history, we have still been able to establish and sustain a successful and an exemplary refugee community under the visionary leadership of His Holiness. Tibetans should cherish the principles of non-violence and democracy and many other vast contributions that His Holiness has made including bringing about a more peaceful world.

His Holiness was recognized at a most difficult period of Tibetan history. He was compelled to take over the spiritual and temporal powers at the tender age of sixteen. Similarly, at the age of twenty-four he had to leave his country and go into exile. In exile he was able to implement many of his long-held visions for democratization of Tibet. Major reforms included: the establishment of the Commission of the Tibetan People’s Deputies in 1960; the promulgation of the Draft Constitution for a Future Tibet in 1963; adoption of the Charter of the Tibetans in Exile in 1991; the holding of the first direct election for Kalon Tripa in 2001; and finally in 2011 handing over of all political authority to the directly elected leadership. At that time His Holiness felt that it was an opportune moment for transferring political authority as Tibetans had reached greater maturity in democratic ideals and commitment to their practice. Undaunted by numerous challenges, sixty years of His Holiness’ leadership has made the people of Tibet capable of standing on our own feet.

While deciding to hand over political authority to the directly-elected Tibetan leadership His Holiness stated: “although you have not welcomed my decision, let me reassure you that as long as Tibetan people retain their faith in me, I will continue to uphold my responsibilities. I believe that eventually Tibetan people will come to appreciate my decision.” It should be noted that His Holiness took this decision at a time when so many authoritarian rulers around the world still brutally clung to power. The world hails this wise and far-sighted action towards a secular democracy.

Despite the anxieties of Tibetans in and outside Tibet over the last year, the devolution of political authority has ensured a smooth transition without major mishap due to the support and unity of Tibetans. The Kashag would like to appeal to all Tibetans to continue to remain united and extend their support to make this transition a success.

Today there is worldwide acknowledgement of the untiring contributions made by His Holiness as an advocate of non-violence, compassion, secular ethics, religious harmony and Tibetan freedom. His contributions have been marked by the highest honors including the Nobel Peace Prize in 1989. Most recently, His Holiness was awarded the prestigious 2012 Templeton Prize which recognized his “engagement with science and with people far beyond his own religious traditions” and for focusing “on the connections between the investigative traditions of science and Buddhism.” Moreover, it is well known that despite the obstacles and pressures from the People’s Republic of China the number of world leaders meeting with His Holiness is growing. It is also well known that his teachings are attracting an ever-growing global audience. Perhaps less known is that this audience includes thousands of Chinese from the Mainland including many members of China’s more than 200 million Buddhists. Consequently, through their spiritual practice more Chinese are now learning about Tibet and its culture.

His Holiness has always stated that the final word on Tibet would be that of the Tibetans in Tibet. Despite forcible occupation by China for over fifty years, the Tibetan spirit and desire for freedom remains indomitable. Even the darkest period of the Cultural Revolution failed to crush the identity of the Tibetans. In the 1980’s numerous protests took place against China’s oppressive rule in Tibet.  The landmark peaceful protests in 2008 were even larger in number and extended across the entire Tibetan plateau. The spate of self-immolations in Tibet since 2009 has clearly shown Tibetan aspirations for freedom and dignity remains strong.

Furthermore, the unshakeable Tibetan spirit and solidarity that now prevail across the three provinces are unprecedented in Tibet’s history. The increasing number of people worldwide sympathetic to and interested in the Tibetan cause, culture and religion is a matter of pride. This has been possible solely because of His Holiness’s leadership. For these vast contributions and achievement, and much more, we remain eternally grateful to His Holiness. The Great Fifth Dalai Lama helped strengthen Tibet by unifying the nation and creating greater consciousness of the Tibetan spirit and identity.

The Great Thirteenth Dalai Lama put Tibet on the world map by establishing relations with other countries and increasing its global status.  Like his two great predecessors, His Holiness the Fourteenth Dalai Lama has contributed to strengthening internal unity of the Tibetans and the external profile of the Tibetan cause, and therefore will be recognized as amongst the great Dalai Lamas of Tibet.

At this delicate time external forces are trying to make every effort to undermine the legacy of His Holiness the Dalai Lama by creating disunity amongst Tibetans and disrupting the path towards secular democracy. For instance, the Chinese government is manipulating and financing different groups including the Shugden followers, and their actions have harmed the Tibetan cause. Tibetans should not fall prey to their manipulations and harmful intents. They should remain vigilant.

On August 8 this year, which coincides with Lhakar (Wednesday), Kalon Tripa will complete a year in office. To mark the day and more importantly to show our support, the Kashag calls on all Tibetans and friends to observe the day by organizing a global solidarity vigil. This international vigil will remember those Tibetans who have given up their lives for Tibet and show solidarity with every Tibetan in Tibet who continues to suffer oppression under Chinese rule. 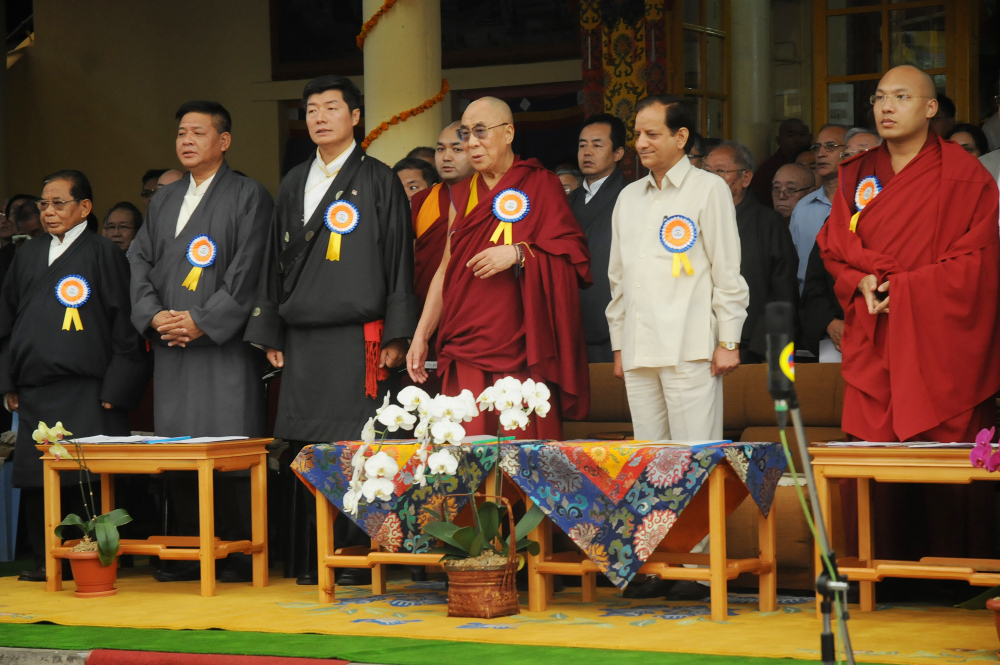 This vigil will be followed by another key event, which is a four-day Special General Meeting to be held from September 25 to 28 in Dharamsala. The meeting will discuss and deliberate the ongoing crisis in Tibet and formulate appropriate action plans. A long-life offering will be also presented to His Holiness on behalf of the Tibetan people and administration during the meeting.

The Tibetan leadership remains firmly committed to non-violence and the Middle-Way Approach. We believe that the only way to resolve the issue of Tibet is through dialogue, and we remain prepared to engage in meaningful dialogue anywhere and at anytime. We strongly urge Beijing to accept the Middle-Way Approach, which seeks genuine autonomy for Tibetans within the People’s Republic of China and within the framework of the Chinese constitution. The Tibetan leadership considers substance to be primary and process as secondary, and is ready to announce the special envoys of His Holiness the Dalai Lama to continue the dialogue process.

On this occasion, we would like to express our deep appreciation and gratitude to the government of India and her people, and, in particular the state of Himachal Pradesh, for their generous hospitality and support for more than fifty years. We also thank all those who support the Tibetan people.

Finally, like the Great Fifth who reunified Tibet and the Great 13th who was able to return to Tibet from India, we pledge to strive to facilitate the return of His Holiness the 14th Dalai Lama to the Potala Palace, which is the wish of all Tibetans and the universal cry of all those who have self-immolated.  With fervent prayers for His Holiness’ long life and may all his wishes be fulfilled. May the truth prevail in Tibet.

N.B. This is a rough translation of the original in Tibetan