Consolidated Effort of Everyone Will Turn Endeavours and Wishes of Kashag and Public Into Reality: Sikyong in Hunsur Rabgyeling 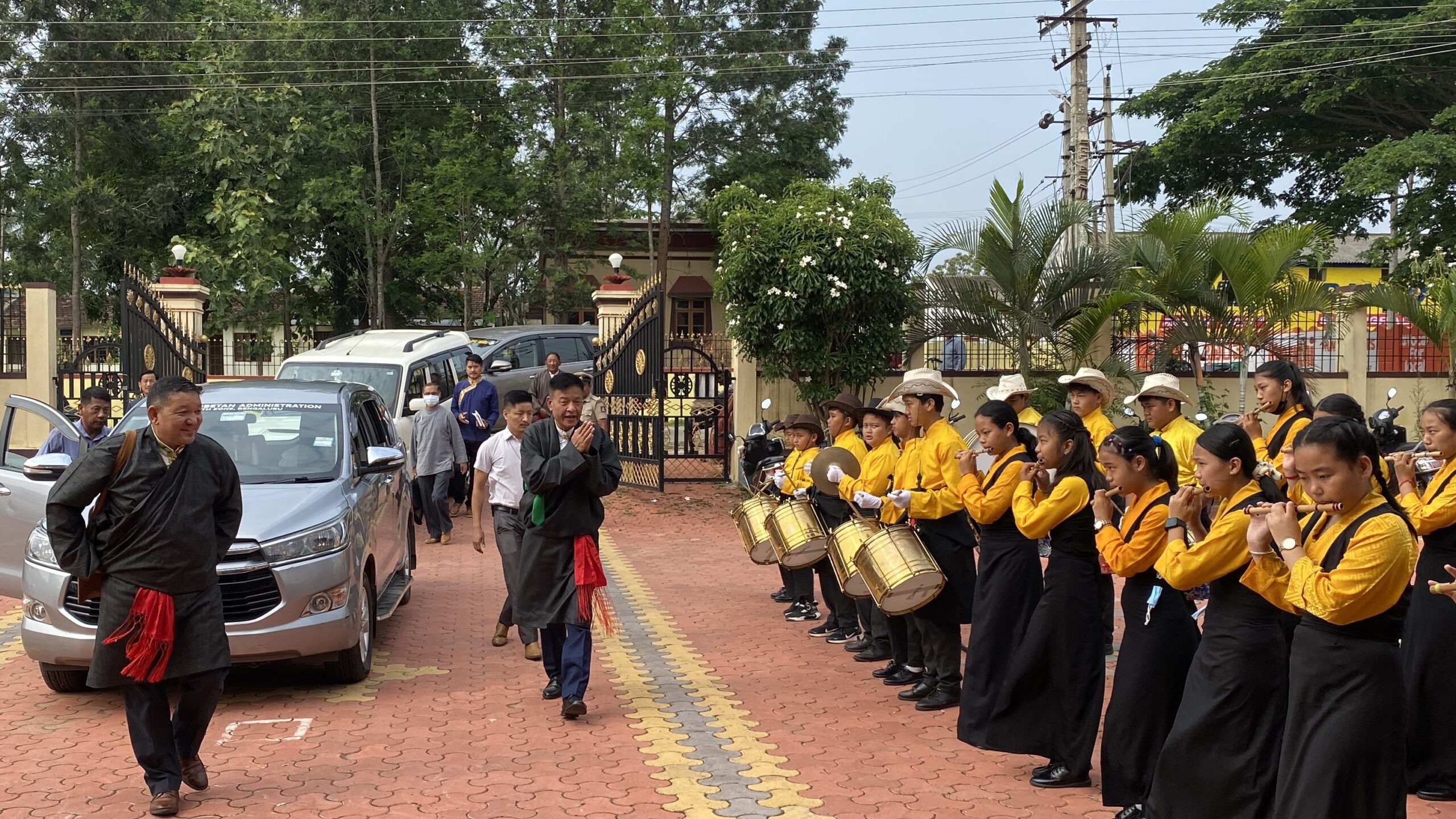 Hunsur: After successfully concluding visitation and interaction with the Tibetan community in Bylakuppe, Sikyong Penpa Tsering next visited Tibetan community in Hunsur on Saturday, 4 June, where his maiden arrival was received with similar pomp and grandeur led by settlement officer Thupten Tsering, Parliamentarian Mingyur Dorjee, representatives of various associations and monastic institutions.

Shortly after his reception, Sikyong proceeded to visit Gyumed monastery, Zongchoe monastery and Ugyenling monastery to offer prayers marking the beginning of two-day engagements in Hunsur. The abbots of those monasteries led monks hosted a reception for the Sikyong and took Sikyong and delegations of CTA on a tour of the monasteries.

The entire afternoon of day one, Sikyong visited and interacted with Tibetan residents of 13 villages under jurisdiction of the Home Department, with a key focus on assessing concerns and requirements put forth by each community. He said the administration would prioritise supporting only the crucial needs and called for concerted efforts from public in this endeavour.

“The consolidated effort of everyone will turn endeavours and wishes of the Kashag and public into reality,” said the Sikyong to people of Hunsur Rabgyeling. Following an extensive tour of each village, Sikyong visited various associations based in the settlement, including the local assembly, Primary Agriculture Credit Co-Operative Society, Phoned hospital, Regional Office of Tibetan Freedom Movement, Office of Tractor Section, TRL roof sheet works, dragon fruit farm etc.

Today’s visitation to the Southern Tibetan settlements and their individual camp comes in backdrop of Sikyong’s manifesto declaring his unwavering commitment to forging unity within the exile Tibetan community.

On the second day, Sikyong addressed the public, highlighting primarily the 16th Kashag’s plans and course of action in the coming years. He reiterated his administration’s fundamental priorities, including a resumption of Sino-Tibetan dialogue to resolve the conflict. For that endeavour, he explained the decision taken by the administration to dissolve the Task Force on Sino-Tibetan Negotiations established in 1998 and the formation of the Permanent Strategy Committees composed of relevant senior CTA officials that will apprise the Sikyong on Tibet and Tibet-related issues and will also advise him on advocacy and strategy planning. Sikyong also highlighted the establishment of VTAG as another political reform by the administration, keeping in view the crucial need for youth leadership as the frontrunners in advocacy and lobbying for the Tibetan cause. Apart from a few political reforms initiated, Sikyong mentioned strengthening the democratic polity and other endeavours such as amendments to the rules and regulations of CTA officials and staff.

One of the key topics discussed by Sikyong was Kashag’s commitment to implement an app-based demographic survey soon, the master list of which will be used as credentials for implementing future projects. Furthermore, with regard to strengthening good governance, Sikyong apprised of the endeavour to launch e-governance and digitisation of official archival materials dating back to the early 90s.

In terms of social welfare, Sikyong asserted the incapacity of the administration to satisfy every need and demand of the public, adding only those substantial requirements that will be prioritised that are crucial for holistic development, such as the land allocation to around 1999 families without housing. Sikyong appealed to the public to return the unutilised lands to enable the prospect of a housing project.

“A major part of CTA’s resources and funds are generated only to alleviate welfare challenges. Suppose only the public consolidates its efforts to partially take care of their welfare needs. In that case, the administration could redirect its focus on actualising resolving of Sino-Tibetan conflict,” Sikyong remarked.

On the same day evening, Sikyong was invited as the Chief Guest to honour the Southern zone football tournament finals played between the TDL and Lugsam settlements of Bylakuppe. The winning trophy and the prize cheque worth 1 lakh rupee were claimed by Dekyi Larso team.

On the early morning of Monday, 6 June, Sikyong will depart for Kollegal settlement, where he is scheduled for a 3-day loaded engagement. 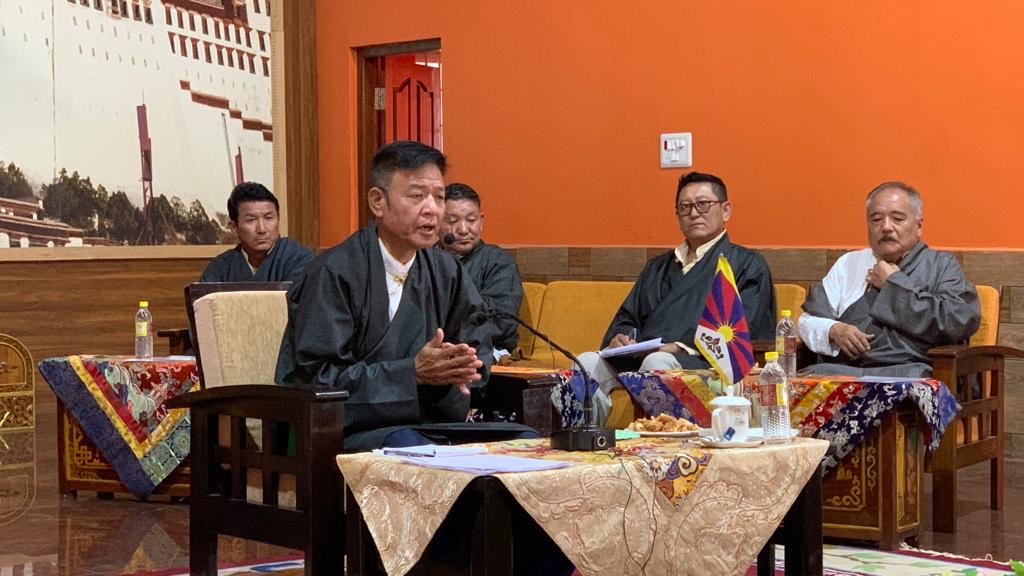 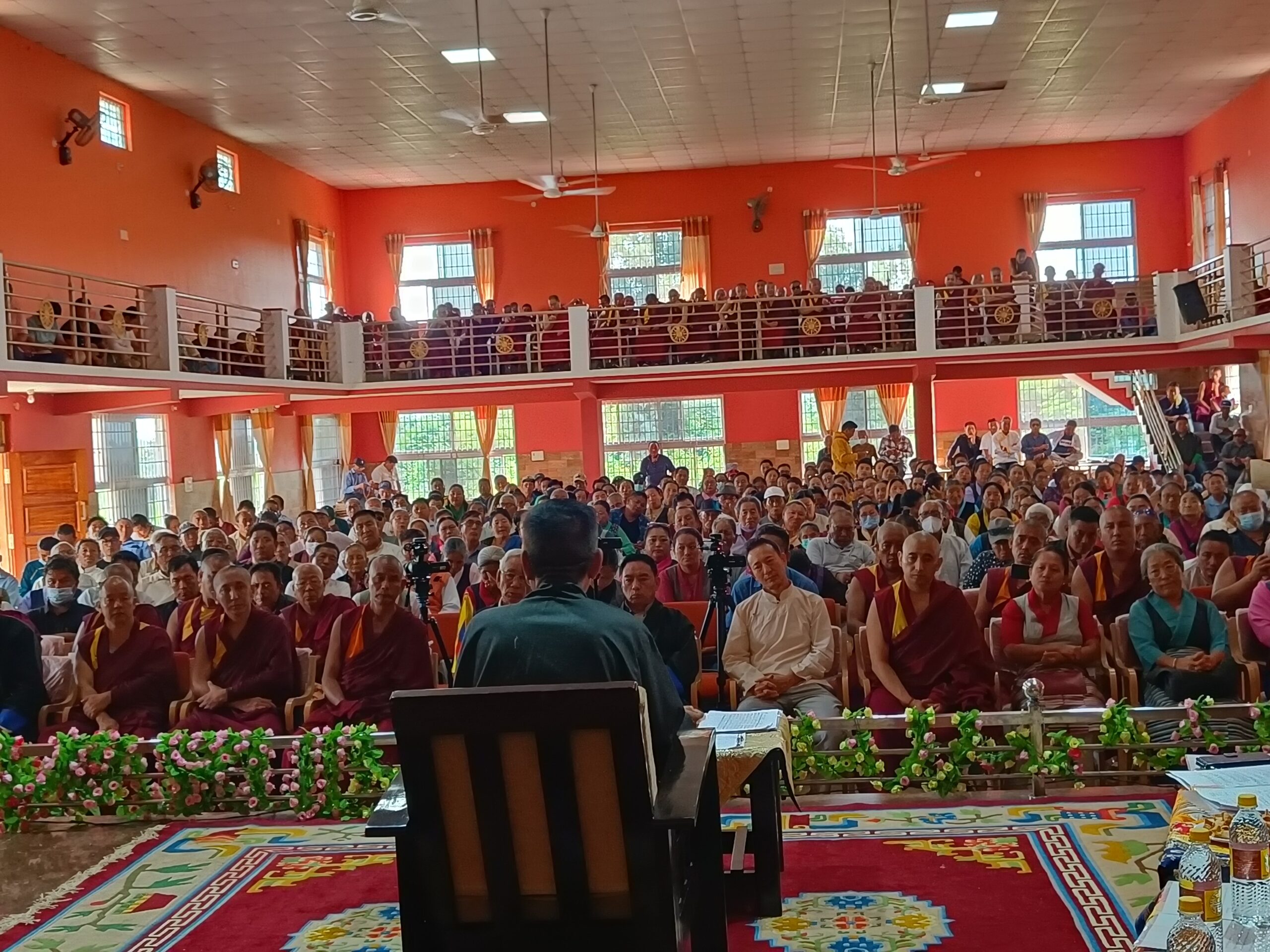 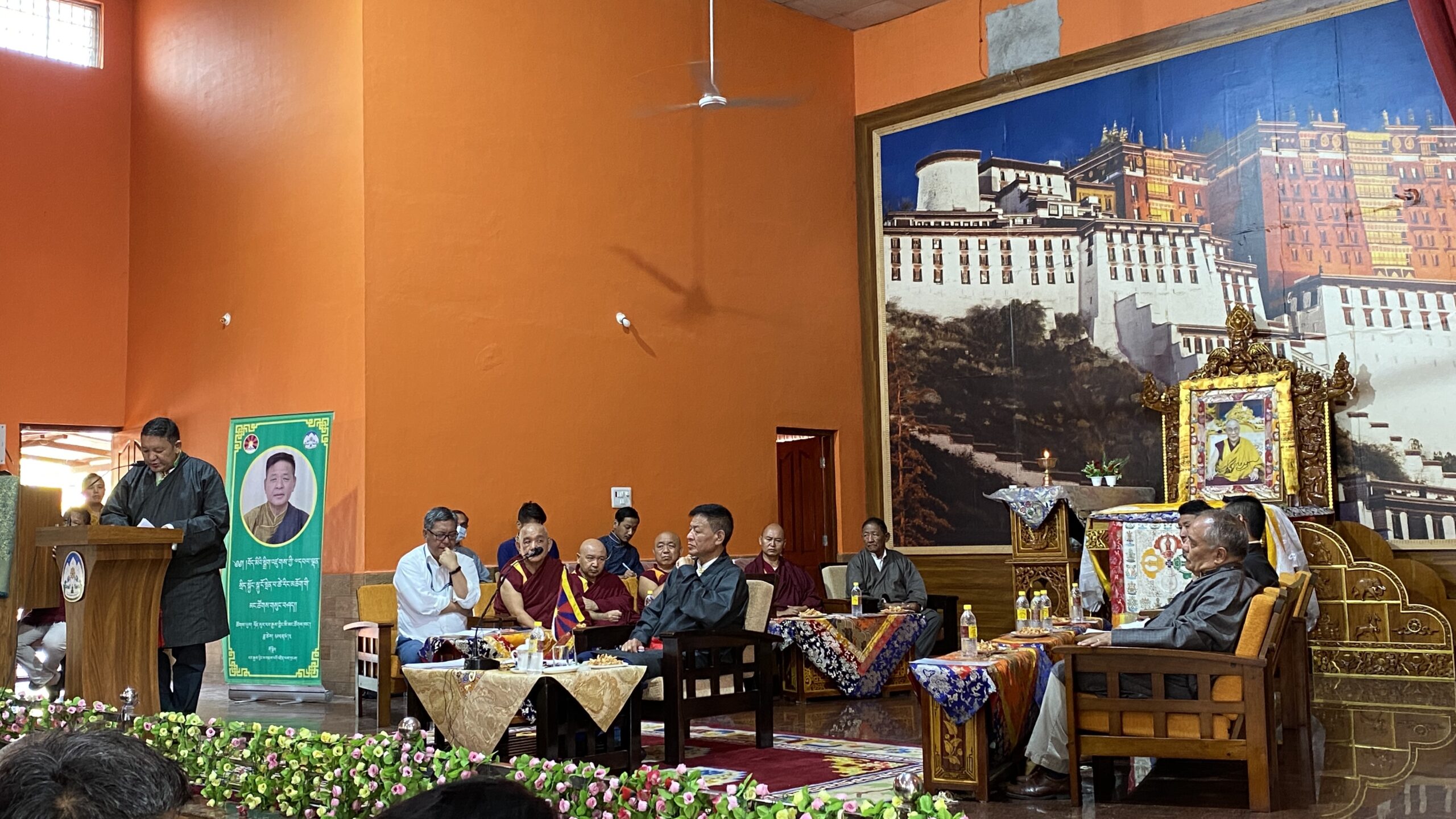