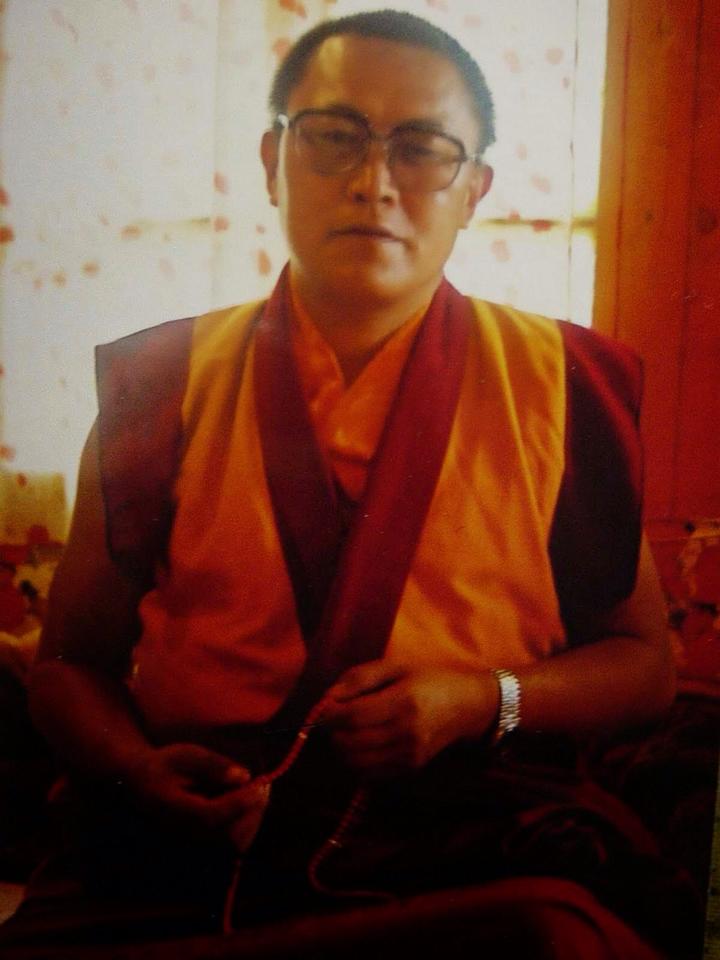 DHARAMSHALA: Tenzin Delek Rinpoche, a highly respected Tibetan spiritual teacher and one of the most prominent Tibetan political prisoners, has died while being incarcerated in a Chinese prison, according to a reliable source.

Tenzin Delek Rinpoche, 65, reportedly died on Sunday, 12 July, in Chuandong prison in the southwestern Chinese Provincial city of Chengdu, according to his cousin, Geshe Nyima.

The cause of death as of now is not clear, Geshe Nyima was quoted as saying, adding prison authorities had notified Tenzin Delek’s sisters on Sunday but did not elaborate on the circumstances of his death.

Expressing his profound sadness at the news, Sikyong Dr. Lobsang Sangay stated, “It is sad to learn about the death of Tulku Tenzin Delek Rinpoche. We knew he was gravely ill and his followers made numerous appeals for a medical parole. The fact that he was not even allowed medical parole and last wish of followers to see him reflects continuing hard line policies of the Chinese government. Such mistreatment will only generate more resentment among Tibetans.”

Rinpoche’s sisters and several family members are reportedly outside the prison on Monday morning, urging the authorities to return Rinpoche’s body but to no avail.

Rinpoche was first arrested along with his attendant Lobsang Dhondup by Chinese authorities from his monastery in Nyachu, Karze Tibetan Autonomous Prefecture (Incorporated into China’s Sichuan Province) in April 2002. They were accused of allegedly being involved in a bomb blast in Chengdu city.

Rinpoche was subsequently sentenced to death with a two-year reprieve on 2 December 2002 while his attendant Lobsang Dhondup was executed on 26 January 2003.

Sources in Tibet have maintained that the charges against Tenzin Delek Rinpoche were fabricated and that the real reasons for his arrest were his growing popularity and his steadfast loyalty to His Holiness the Dalai Lama.

A substantive report by Human Rights Watch in 2004 also concluded that the charges against Tenzin Delek Rinpoche were politically motivated to undermine His Holiness the Dalai Lama as a religious leader and the Tibetan movement.

“Based on interviews with numerous eyewitnesses, the report provides a detailed account of the circumstances surrounding Tenzin Delek’s arrest and conviction. It concludes that the case was the culmination of a decade-long effort by Chinese authorities to curb his efforts to foster Tibetan Buddhism, his support for the Dalai Lama as a religious leader, and his work to develop Tibetan social and cultural institutions. His efforts had become a focal point for Tibetans struggling to retain their cultural identity in the face of China’s restrictive policies and its continuing persecution of individuals attempting to push the accepted boundaries of cultural and social expression,” the HRW report said.

On 24 January 2005, Rinpoche’s death sentence was commuted to life imprisonment, following repeated appeals from international human rights organisations and a worldwide campaign by Tibetans in exile.

However, the Chinese government rejected repeated appeals by Rinpoche’s relatives and disciples for his immediate release and for a medical parole over the years. Instead, his sisters were threatened with severe consequences if they continue to run the appeal for Rinpoche’s release.

Tenzin Delek Rinpoche is highly revered and respected for his noble works in Tibet prior to his April 2002 arrest. He has established schools, children’s homes, retirement homes and other community buildings in his native region of Kham.

He was a role model for the preservation of Tibetan Buddhism and Tibetan culture, known for his staunch loyalty to His Holiness the Dalai Lama. Rinpoche was also an environmentalist who had vehemently opposed the illegal mining activities in Tibet, which led to flooding and pollution of river waters.