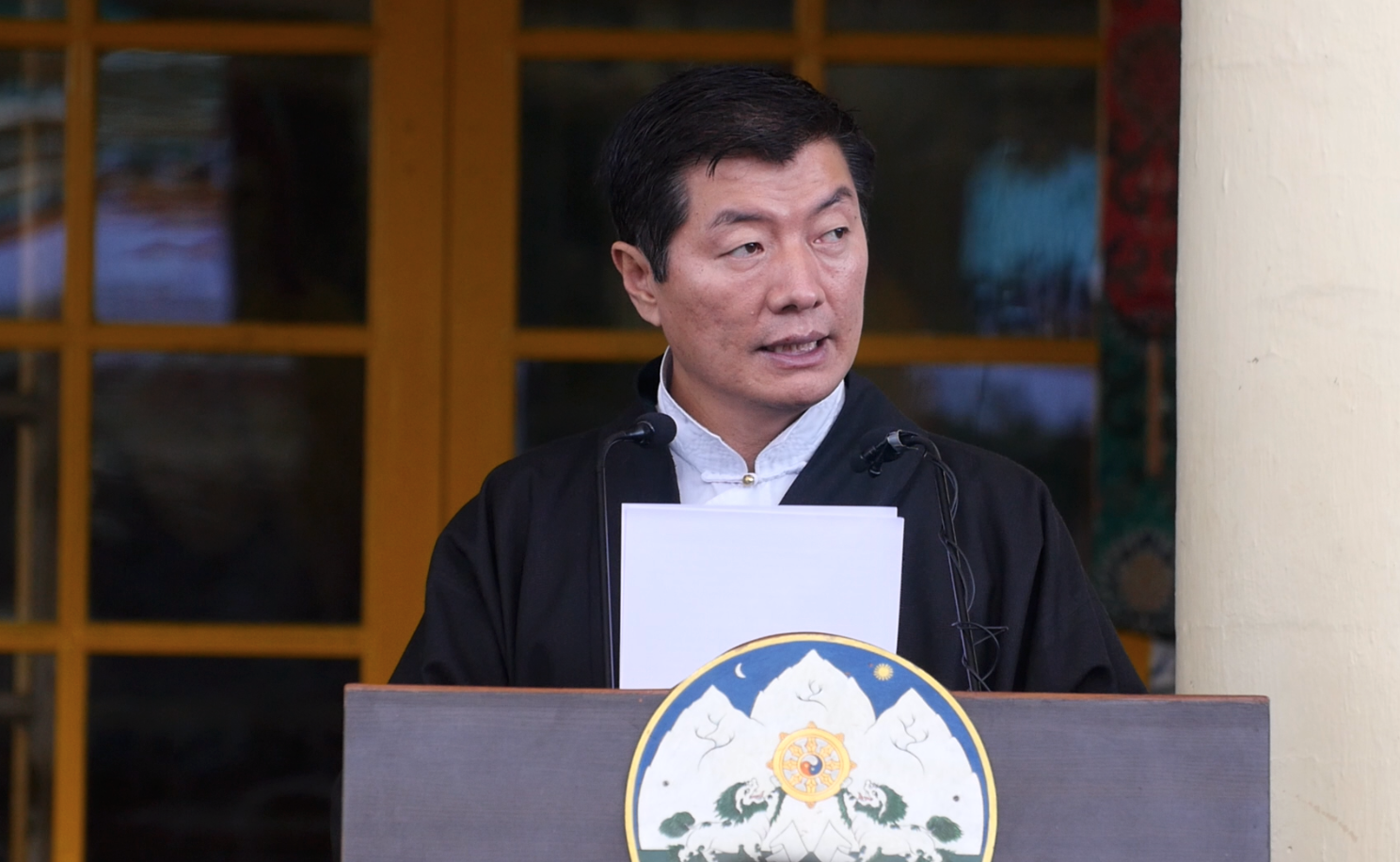 Thirty years ago, today, His Holiness the 14th Dalai Lama was awarded the prestigious Nobel Peace Prize in recognition of His unwavering commitment to peacefully restore freedom for Tibetans in Tibet. As we celebrate the 30th anniversary of the conferment of the Nobel Peace Prize, the 15th Kashag of the Central Tibetan Administration bows down in deep reverence and gratitude to our most revered leader His Holiness the Great 14th Dalai Lama of Tibet. On this occasion, the Kashag offers its greetings to the Tibetan people inside and outside Tibet, guests and dignitaries in attendance, and supporters of Tibet around the world.

His Holiness has steadily undertaken the commitment to emphasize the importance of inculcating compassion, tolerance, and kindness to achieve peace and harmony among all human beings. While stressing the importance of religious harmony, He has advocated dialogue as a means to resolve any conflict. Even in the face of persecution, His Holiness has led the world with examples through his undeterred efforts to resolve the issue of Tibet non-violently.

As one of the world’s most beloved leader and a Nobel laureate, His Holiness’ timeless initiatives for the creation of a more peaceful world has, in turn, highlighted and garnered support for the Tibet cause globally.

Today also marks Human Rights Day and the 71st anniversary of the Universal Declaration of Human Rights. However, today in Tibet, the fundamental human rights enshrined in this landmark document are trampled upon by the Chinese Communist Party. Tibetans are subjected to harsh treatment for speaking up for their rights, which are also enshrined in the Chinese constitution, such as freedom of religion, language, and preservation of the environment.

Tibetans in Tibet continue to protest against the Chinese government’s repressive policies. On 26th November, a 24-year-old Tibetan named Yonten self-immolated in Ngaba, eastern Tibet. Since 2009, 154 Tibetans have self-immolated in Tibet calling for freedom for Tibetans and the return of His Holiness the Dalai Lama.

The Chinese government has further resorted to drastic restriction instead of earnestly addressing the plights of the Tibetan people. In 2018, China’s Public Security Bureau issued a circular listing 22 illegal activities making local initiatives for environmental protection, language preservation, and any expression of support for the Middle Way Approach as an organized crime. Since 2008 Tibetans have been facing severe restrictions on their freedom of movement both within and outside of Tibet.

Recently, Lobsang Dorje, a 36-year-old monk from Kirti Monastery, was sentenced to three years imprisonment after being held incommunicado in detention for more than a year on suspicion of communicating with the international community. In another case, Sonam Palden, a 22-year-old monk, was forcefully arrested from his room at the Kirti monastery for unknown reasons and has not been heard since. Earlier this month, six Tibetan monks from Shedrup Monastery in Sershul, Kham, were arrested for their protest against China’s rule over Tibet. Three days later, two Tibetan young men in their early twenties, Yonten and Choegyal, were arrested for their roles in a similar protest.

Such ongoing repression of Tibetan people is highlighted in the reports of the United Nations Human Right Council, and numerous resolutions from the European Union to the United States. For the past consecutive years, the Freedom House report has placed Tibet after Syria as the second- least free country.

During the recently held 119th session of the United Nations Working Group on Enforced or Involuntary Disappearance, China responded to the experts’ question on whereabouts of the 11th Panchen Lama and his family China responded with the usual practice of unverifiable and insufficient information. China must release the Panchen Lama and his family together with Chadrel Rinpoche and all the other political prisoners.

As far back as 1969, His Holiness has expressed that whether the institution of the Dalai Lama will continue or not must be decided by the Tibetan people. The resolutions of the recently held 3rd Special General Meeting and the 14th Tibetan Religious conference held in October and November consecutively expressed the genuine wish of the Tibetan people for the continuation of the institution of the Dalai Lama. It also strongly stated that His Holiness the Dalai Lama is the sole authority concerning the manner of reincarnation.

The aspiration of the Tibetan people made clear in the resolution was voiced by the US Ambassador at large for the International Religious Freedom, Samuel Dale Brownback, during his formal visit to the headquarters of the Central Tibetan Administration in October 2019.  The Ambassador expressed that “the United States government supports the Tibetan people, the Dalai Lama and that the role of picking a successor to the Dalai Lama belongs to the Tibetan Buddhist system, the Dalai Lama and other Tibetan Buddhist leaders. It does not belong to anybody else, not any government or any entity.”

His Holiness’s untiring efforts for the past 60 years have come to fruition with the successful establishment of the Tibetan community in exile, introduction of a democratic system of administration, revival of Tibetan language, religion and culture, provision of modern education to Tibetan children and advancement of the Tibet cause in the global arena. In recognition of His Holiness’s accomplishments and sacrifices, the year 2020 will be observed as the “Thank You, Dalai Lama” year.

In observation of our gratitude to His Holiness, we must further indulge in meritorious acts for the accumulation of our collective good karma. We must all remember and work towards the fulfillment of His Holiness’ principal commitments and work towards our cause in unity. We will renew our efforts towards the same through various initiatives throughout the gratitude year.

Taking this opportunity, we thank the kindness of India and its people and also remember the nations, leaders and supporters of the Tibet cause around the world for their unwavering effort to restore peace and freedom in Tibet.

Finally, we ceaselessly pray for the long life of His Holiness the Dalai Lama. May all his holy wishes be fulfilled. May the non-violent cause of Tibet prevail.