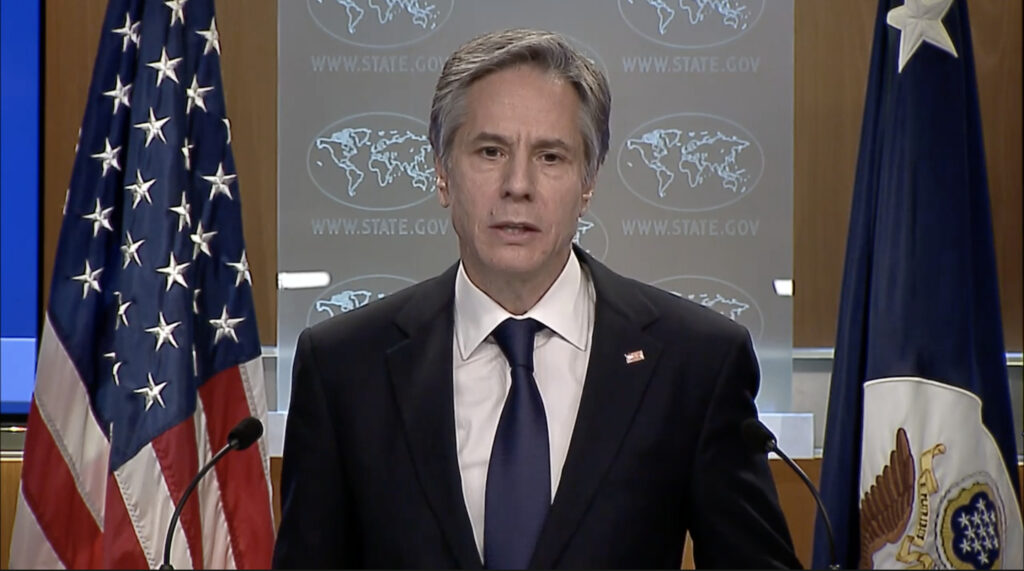 Washington: The United States State Department published its annual “Country Reports on Human Rights Practices” report. Organized by the Bureau of Democracy, Human Rights, and Labor, this year’s report includes over 50,000 words detailing the US’s assessment of the deteriorating human rights in China.

This year’s report marks a victory for Tibetans, for the report’s Tibet section does not describe Tibet as an “inalienable part of China”—a departure from past reports. This symbolic yet important gesture has been repeatedly campaigned by the Central Tibetan Administration, and this change is welcomed by the Office of Tibet-DC.

Reminiscent of past briefings, by the CTA and others, the report details the ongoing human rights issues in Tibet, such as torture, arbitrary detentions, corruption of the judiciary and elections, lack of freedom of association/assembly/movement/religion, censorship, forced sterilization, and violence against indigenous peoples. The forced disappearance of Gedhun Choekyi Nyima (11th Panchen Lama), Derung Tsering Dhundrup (a Tibetan scholar), and Gen Sonam (a senior manager of the Potala Palace) was highlighted. The Tibet section also mentions the Chinese Communist Party’s forced labor program for approximately 500,000 rural Tibetans, which was noted last September.

In the Country Reports on Human Rights Practices’s China section,  the report affirms the Trump Administration’s assertion that the Chinese Communist Party is conducting genocide in: “Genocide and crimes against humanity occurred during the year against the predominantly Muslim Uyghurs and other ethnic and religious minority groups in Xinjiang. These crimes were continuing and include the arbitrary imprisonment or other severe deprivation of physical liberty of more than one million civilians; forced sterilization, coerced abortions, and more restrictive application of China’s birth control policies; rape; torture of a large number of those arbitrarily detained; forced labor; and the imposition of draconian restrictions on freedom of religion or belief, freedom of expression, and freedom of movement.”

The Biden Administration’s report highlights the concerning mass surveillance of Tibetans, Uyghurs, dissidents, and religiously affiliated peoples by China’s Ministry of Public Security. The China section details how the Chinese government installed surveillance cameras in monasteries in the Tibetan Autonomous Region and Tibetan areas, which would allow the CCP to cut communication systems during “major security incidents.” The report cites Human Right Watch’s findings that the Ministry of Public Security has been partnering with technology companies to create “mass automated voice recognition and monitoring system,” systems that were created to help the Chinese government more easily understand Tibetan and Uyghur languages. Fingerprints and DNA profiles and other biometric data were also being stored by the Ministry of Public Security—this practice is implemented for all Uyghurs applying for passports.

The report addresses the racist discriminatory practices that deprive Tibetans, Mongolians, Uyghurs, and other ethnic minority groups of their fair right to language, education, and jobs. The report details how Han Chinese benefit from these racist policies, “Government development programs and job provisions disrupted traditional living patterns of minority groups and in some cases included the forced relocation of persons and the forced settlement of nomads. Han Chinese benefited disproportionately from government programs and economic growth in minority areas. As part of its emphasis on building a ‘harmonious society’ and maintaining social stability, the government downplayed racism and institutional discrimination against minorities and cracked down on peaceful expressions of ethnic culture and religion.” The State Department report mentions how Chinese officials restrict NGOs that provide assistance to Tibetans as well.

-Filed by the Office of Tibet, Washington