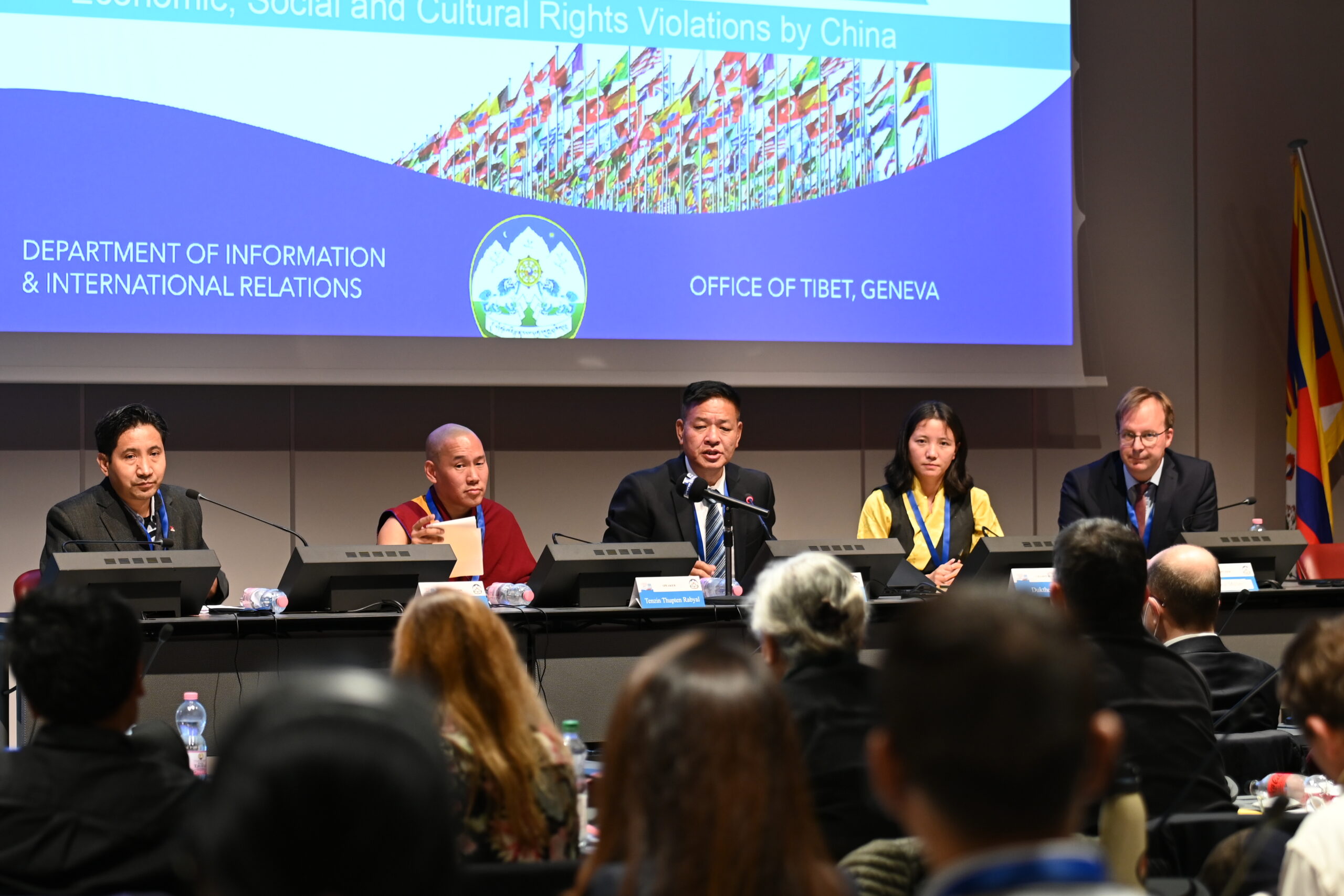 The case of the Panchen Lama is still open and remains one of the unresolved cases at the United Nations, he said. 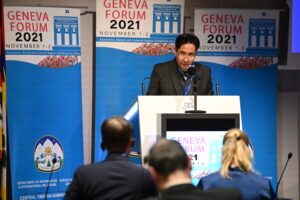 “Here, the victims are Gedhun Chokeyi Nyima and his family on the one hand, and as perpetrators, are those who ordered and carried out the disappearance at the time. The ones who are responsible over time and today for concealing the fate of Gedhun Chokeyi Nyima are perpetrators. Those are the relevant representatives of the Chinese authorities of the time, over time, and today. This fact should be very clear to the international community,” he added.

Kail Mueller also read out the various declarations and resolutions passed by international rights groups to demand the release of Gedhun Choekyi Nyima from the Chinese government. He explained that the disappearance of the Panchen Lama is not an individual case of rights violation but is also a violation of collective rights as the cultural rights of the Tibetan people, because religion is an integral part of the Tibetan culture, and as the right to appoint religious clergy is a recognised principle of freedom of religion and belief. That is to self-determine one’s religious institution and ultimately one’s culture, he underlined. 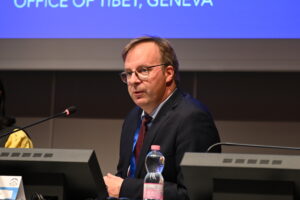 The next speaker on the panel was Zeekyab Rinpoche, the abbot of Tashi Lhunpo monastery based in Bylakuppe. Tashi Lhunpo monastery in Tibet is the traditional seat of the successive Panchen Lama lineage. Zeekyab Rinpoche spoke about the importance of the Panchen Lama linage to not just the Buddhist communities based in Tibet and the Himalayas but also to the entire world. He also spoke about the historical bond shared by the Panchen Lama lineage with that of the successive Dalai Lamas that has served as each other’s teacher and disciple for centuries. This historic bond has led to the historical role of recognizing each other’s reincarnations which led to the popular verse in Tibetan folklore ‘Sun and moon in the sky, Dalai Lama and Panchen Lama on earth’.

Rinpoche also gave a brief background on the Panchen Lama lineage through history as the earthly manifestation of Buddha Amitabha. He particularly emphasised the efforts and contributions of the 10th Panchen Lama Gedhun Choekyi Gyaltsen as exemplified in his 70,000-character petition to the Chinese government for which he was severely criticised, imprisoned, and punished by the Chinese government.

Describing the enforced disappearance of the 11th Panchen Lama as one of the darkest periods in Tibetan history, Rinpoche spoke about the continued efforts and activities of the monks of Tashi Lhunpo monastery in Tibet to plead for the release of Panchen Rinpoche. This has caused the Chinese authorities to expel, punish and arrest those monks, he said.

He further expressed the deep anguish of the Tibetan people in general and the Panchen Lama’s devotees in particular, and appealed the United Nations and global leaders to urge China to release the Panchen Lama from enforced disappearance.

In his keynote address, Sikyong Penpa Tsering of the Central Tibetan Administration, spoke about the historical significance of kidnapping the Panchen Lama by the Chinese government in the context of the selection of the next Dalai Lama. 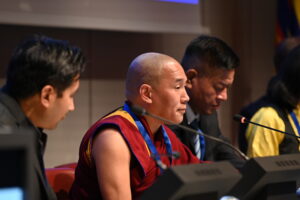 “The real reason that the Chinese government kidnapped the 11th Panchen Lama is to make sure that they select the next Dalai Lama,” he clarified. “This is one of the many issues that has been raised through many years now that the current Dalai Lama is ageing. Every government starting from the United States have passed resolutions that stresses the importance of the recognition of the 15th Dalai Lama. The issue of the next Dalai Lama has a lot of relevance to the case of the Panchen Lama,” he explained.

Sikyong also talked about the contributions of the previous Panchen Lama particularly his efforts to revive Tibetan language, and the cloud of suspicion surrounding his mysterious death in 1989. He further elaborated on the tricks played by the Chinese government to make sure that their candidate is selected during the sham selection process of the China-appointed Panchen Rinpoche. “Arjia Rinpoche, the abbot of Kumbum monastery, who later escaped into exile has written a book about the selection process. He has explained that the Chinese authorities have put something below the name of their candidate so that their candidate’s name stick out and can be easily identified,” Sikyong said, adding that it was designed to make sure the real Panchen Lama recognised by His Holiness the Dalai Lama is not selected. 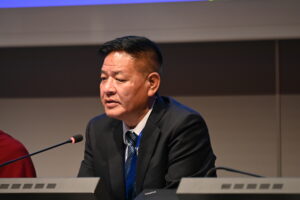 Sikyong also raised questions on the legitimacy of the Golden Urn ceremony itself, suggesting that the only reason that the Chinese government has selected their candidate is to make sure that he can select the next Dalai Lama of China’s choice when the time comes.

Speaking on the whereabouts of the real Panchen lama, he said we have no idea where he is. We don’t even know whether he is alive or not. “Even if he is alive, he has not been provided the kind of education that a Panchen Lama should receive, thereby, completely incapacitating the real Panchen lama from performing the duties to serve sentient beings,” he said.

“If tomorrow, through the pressure of the international community, even if the Chinese government says that the Panchen Lama is here, the Panchen Lama has been incapacitated to perform his religious duties because he has not been educated in that manner. Therefore, it is very much a political decision by the Chinese government to interfere in the reincarnation of Lamas. That is the main reason they adopted the Order no. 5 regarding selection of reincarnations,” Sikyong elaborated.