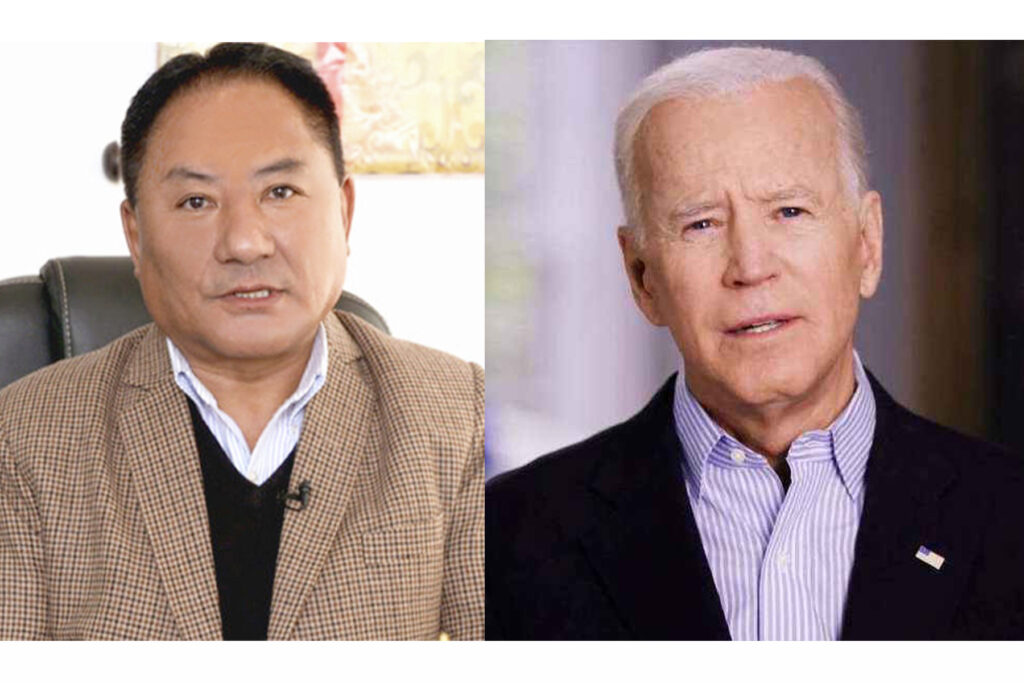 Dharamshala: Speaker Pema Jungney extended his heartiest congratulations to President Joseph R Biden on being sworn in as the 46th President of the United States of America on 20 January, 2021.

Greeting the President, the Speaker wrote, “I would like to take this opportunity to express my heartfelt congratulation to you, on behalf of Tibetans in and outside Tibet and the 16th Tibetan Parliament-in-Exile on taking the oath of office and affirmation, assumption of office as the 46th President of the United States of America.”

“The people and the government of the United States have consistently supported the Tibetans and non-violent struggle of Tibet and for which we Tibetans all over the world will always be eternally grateful. On the recent passage of Tibetan Policy and Support Act 2020, we are positive that it will be applied, implemented and followed effectively under your leadership.”

“We are also thankful and optimistic of your statement earlier in September last year committing to sanction Chinese officials responsible for human rights violations in Tibet and re-assuring your support for the Tibetan people. We look forward to a very effective tenure under your leadership.”

“Ever since the 1959 brutal Chinese invasion, the situation inside Tibet remained  grim and alarming despite China’s lofty claims of having liberated and developed Tibet. Since 2009 over 155 Tibetans in Tibet have desperately resorted to self-immolation in protest against China’s rule in Tibet, calling for freedom in Tibet and the return of His Holiness the 14th Dalai Lama to Tibet which distinctly proves the breach of all the basic Human rights in Tibet by the brutal Chinese regime.”

“US has been among the pioneer countries in supporting Tibet’s issue and helping Tibetans to protect its unique culture and identity. The United States have also relentlessly encouraged and pressured the Chinese government in resuming the dialogue however, we have never received any positive response from China but now we feel confident that under your presidency, the United States will continue this longstanding tradition and will congregate the international effort in resolving the issue of Tibet amicably with China based on the Middle Way Approach through which we seek genuine autonomy within the framework of China benefiting both sides.”

Your Excellency, we pray and wish you best for your noble future endeavors towards fulfilling the aspirations of the American people and we are certain that your contributions towards the betterment of world peace will be your top priorities in the years to come.