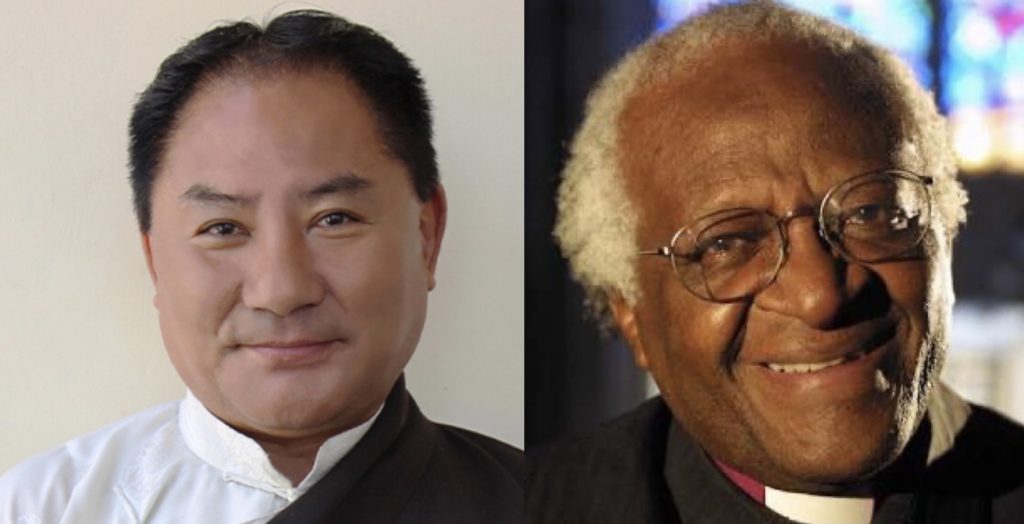 Greeting the Archbishop, the Speaker wrote, “We are ecstatic upon learning the news that your excellency has been awarded the Human Rights Global Treasure Award. This Award is an addition to all the other numerous awards that were bestowed upon you including the Nobel Peace Prize, the Templeton award, the Lincoln Leadership Prize, the Gandhi Peace Prize etc. in recognition for your lifelong commitment in advocating democracy, peace, freedom, equality, and human rights. Therefore, on behalf of the 16th Tibetan Parliament-in-Exile and Tibetans living in and outside Tibet, I extend my heartiest congratulation to you on receiving this great award.”

“Your Excellency have been one of the staunch supporter of the Tibetan issue and had always called upon Chinese government for their mudslinging acts of stopping His Holiness the Dalai Lama to visit South Africa, urging world leaders to boycott Olympic Games in China due to their subjugated record of human rights violation and showing your solidarity to His Holiness and the Tibetan people by visiting Dharamsala not once but twice.”

“Your excellency and our great leader His Holiness the 14th Dalai Lama shares a great bond of friendship and have been known as the world’s best spiritual leader who constantly advocates compassion, peace and human rights.”

“Moreover, you have been known as the most compassionate, unwavering, and committed leader for Human rights who has always stood up against injustice and spoken up for the voiceless. You have not only played a prominent role in bringing justice and a great change to the History of your people but also have made a major influence on the lives of the oppressed people in the world.  You are an epitome of forgiveness, greatness and symbol of change and altruism. We truly admire your humanity, leadership and determination in working towards a betterment of the world.”

“Therefore, once again I would like to express my sincere gratitude to you for your unwavering support to the issue of Tibet and especially for the dedication and commitments you have shown in advocating democracy, freedom and the just cause of Human Rights.”