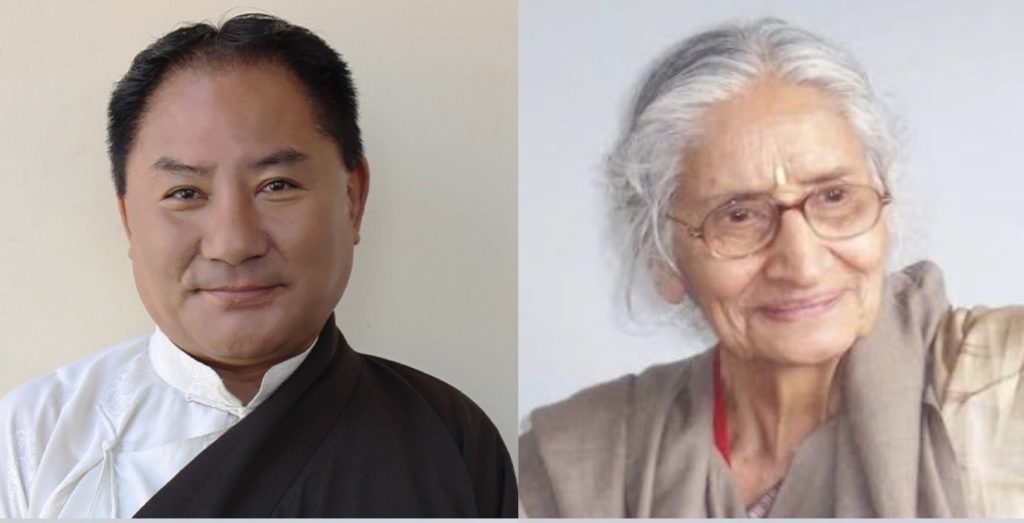 Dharamshala: Speaker of the Tibetan Parliament-in-Exile, Pema Jungney offers his heartfelt condolences on behalf of Tibetans in and outside of Tibet to the family and friends of the late Dr Kapila Vatsyayan.

The Speaker writes, “We are deeply saddened to learn the demise of Padma Vibhushan Dr Kapila Vatsyayan, Indian politician and a renowned scholar. On behalf of Tibetans in and outside of Tibet, I would like to offer my deepest condolences to the family and friends of the late Dr Kapila Vatsyayan.”

“Through her long and rich career, she served as a former Member of Parliament and also served as Secretary to the Government in the Ministry of Education, where she played a pivotal role in the establishment of a large number of national institutions of higher education. She also served as the founding Director of the Indira Gandhi National Centre for the Arts and was a former President of India International Centre (IIC) and an IIC Life Trustee and the Chairperson of the IIC International Research Division. She was a renowned scholar of Indian classical dance, art, architecture and art history,” he writes.

“She has won many accolades for her contribution to the society for her great work and in 2011, the government of India has bestowed her with the Padma Vibhushan award, India’s second-highest civilian honour.”

He further writes, “Late Dr Kapila was a close friend of His Holiness the Great 14th Dalai Lama and has always provided staunch support towards the cause of Tibet. We Tibetans will always remember her long-standing support towards our cause, especially playing a significant role and support behind the establishment of the Central Institute of Higher Tibetan Studies, Sarnath in 1967. She has provided her support not only in the establishment but to further develop this institute in terms of infrastructure, education system and administrative structure. We are grateful for her contribution towards our cause. She will be an inspiration to us and will remain close to our heart.”

“On behalf of the 16th Tibetan parliament in exile, I would like to pay my sincere condolences to the family and friends of late Smt Dr Kapila Vatsyayan once again.”

“The demise of Dr Kapila Vatsyayan is a huge tragedy and a great loss to the whole nation and for us Tibetans, we have lost a dear friend of Tibet. We pay our sincere homage and pray for her departed soul,” concludes the Speaker.