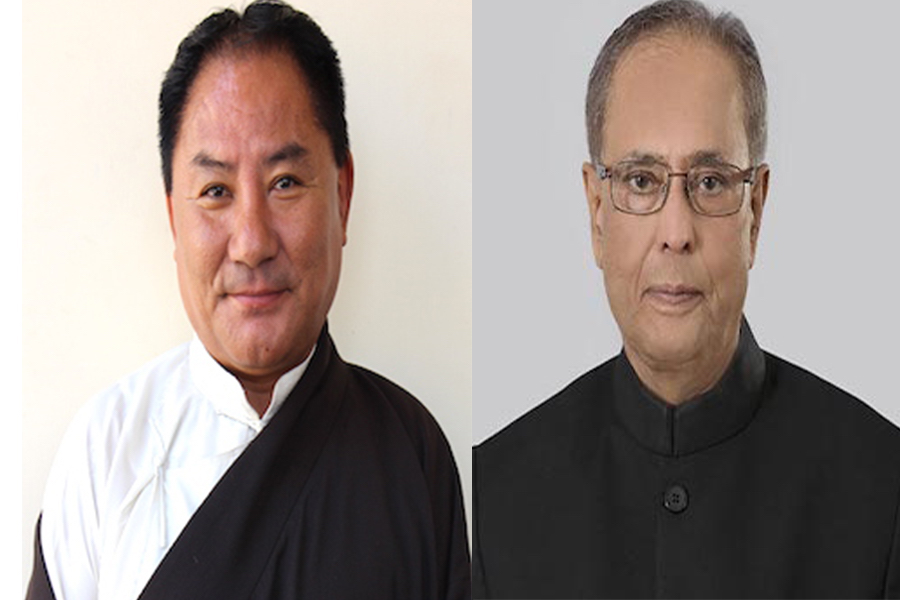 Dharamsala: Speaker Pema Jungney of the Tibetan Parliament-in-exile offered his deepest condolence to the family members of the former President of India, late Shri Pranab Mukherjee, who passed away at the age of 84 on 31 August 2020.

“On behalf of Tibetans in and outside of Tibet, I would like to offer our deepest condolence to the people of India, the government of India and the family during this difficult time.”

“Lt. Dr. Pranab Mukherjee was the 13th President of India who held various positions in the government during the span of his career. He was an active politician through the decades and one of the country’s most respected politicians. He was one of the most genuine and liberal political leader who was supported equally by both sides of the political spectrum.”

“He was a trustworthy leader and called for trust among the leaders across the political spectrum and was also known to be the consensus builder in the political spectrum. He played the key role in India’s growth story and evolution through the decades. We laud his legacy and it shall always inspire us all.”

“In 2016, despite the strong opposition by the government of China, Lt. Dr. Pranab Mukherjee hosted His Holiness the 14th Dalai Lama to the Laureates and Leaders for Children Summit which was held at the Rashtrapati Bhavan in New Delhi.”

“In July 2017, our delegation led by the Deputy Speaker had the privilege to meet you and you assured your support towards our cause for which we are very thankful. Once again, kindly accept our heartfelt condolence to you and your family at this difficult time.”