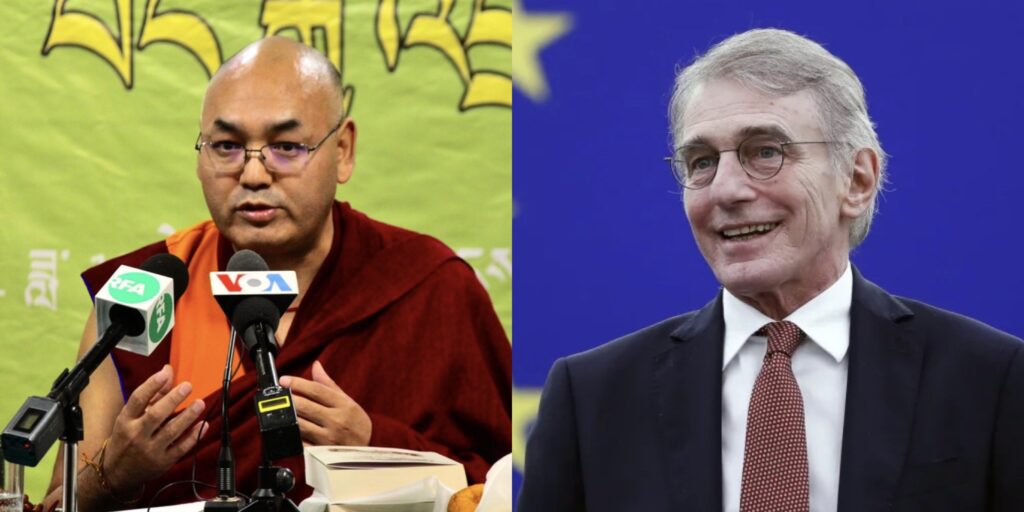 Expressing grief over the demise of EU President, the Speaker wrote, “ It is of immense grief to learn about the demise of your beloved husband Honourable David Maria Sassoli. On behalf of the Tibetan Parliament-in-Exile and the Tibetans all over the world, I express my heartfelt condolences to you and your family.”

“President David was a man with great principles who believed in building a new world that respects people and nature, and also believed in a new economy and better world not just with profits for the few but on well being for all. He will be remembered for his selfless service for the betterment of the nations and the people of the European Union.”

“We Tibetans express our gratitude to the European Union Parliament for advocating the Tibet issue and highlighting China’s violations of human rights in Tibet.”

“In April 2019, the European Parliament adopted a resolution on human rights in China in which it called on the Chinese government to put an end to arbitrary detentions, without any charges, trial or criminal conviction, of members of the Uyghur and Kazakh minority and Tibetans.”

“Once again I send my deepest condolences to you and your family. May Almighty grant you the strength to endure this pain at this very difficult time. I pay my respect to the departed soul and may his soul rest in peace.”