Dharamsala: Khenpo Sonam Tenphel, Speaker of the Tibetan Parliament-in-Exile, extended his deep condolence over the demise of Senator Bob Dole who passed away on 5th December at the age of 98.

In a letter written to the late Senator’s wife, the Speaker wrote, “We are deeply saddened to learn about the demise of your beloved husband Senator Bob Dole, a dear friend of Tibet. On behalf of the 17th Tibetan Parliament in Exile and the entire Tibetan people, I would like to convey my heartfelt condolence to you and your family.”

“Senator Bob Dole met with His Holiness the Dalai Lama in 1997 and he was also a supporter of the just cause of Tibet for which we are very grateful. Tibetans have lost a dear friend. He was someone who deeply respected and supported the core human values during his lifetime. We will remember him and his profound achievements,” he added.

The Speaker concluded by offering prayers to the departed soul and wrote, “I send you and the entire family strength during this difficult time.” 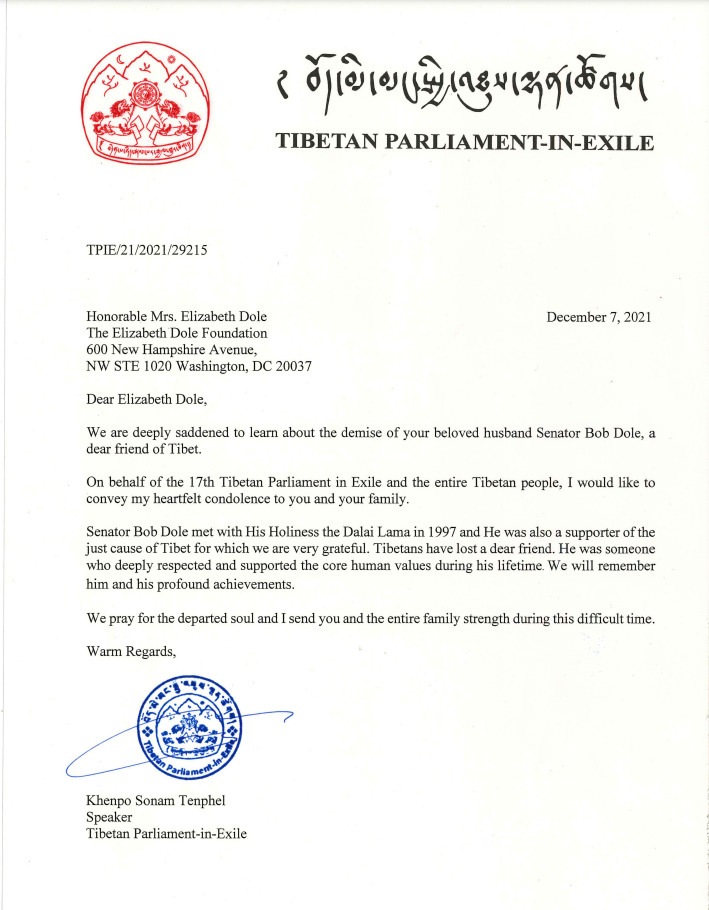