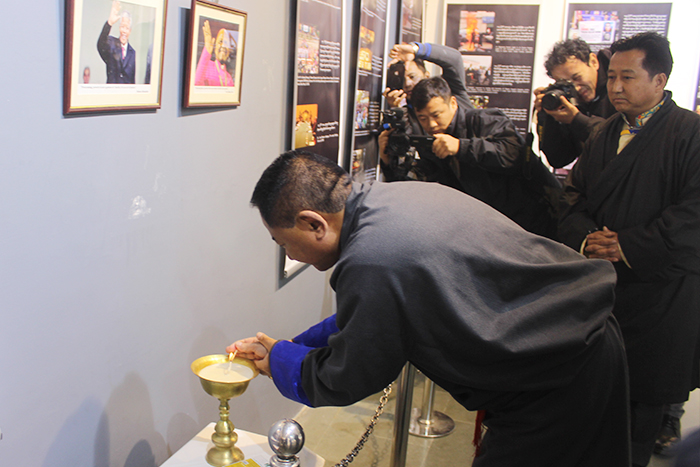 After the inaugural, Speaker while answering a question from media person on his views on the photo exhibition said, “Tibetan struggle is a movement based on non-violence, and our primary aspect is not mere resisting nonviolently but also maintaining a nonviolent path if we regain freedom in future. This nonviolent belief is the result of His Holiness the Dalai Lama’s advice. So, therefore, these 60 exhibited photos are just the exemplification of nonviolent resistance of Tibetans in the past 60 years, as the amount of Tibetans nonviolent resistance is much more.”

He further said, “If it is an individual person or a society or an administration, I personally feel that the real hero is the one who follows the nonviolent path that is hard but we have followed this path for the past 60 years. I hope that we, Tibetans will follow the same path in the future as well. The people who follow violence are coward thinking only temporarily not in the long run. Chinese Communist Party had usurped Tibet through violence, which was not successful in winning Tibetans and it could have been different if they had chosen a nonviolent way. People who follow the violent paths are coward and those who follow the nonviolent paths are heroes, so I believe Tibetans are heroes.”

Active Nonviolence Education Center (ANEC) has organised the photo exhibition entitled ’60 Years of Nonviolent Resistance’  at Tibet Museum on 10 December, the 30th anniversary of the conferment of the Nobel Peace Prize on His Holiness the Dalai Lama, till 17 December to encourage people to follow nonviolence. 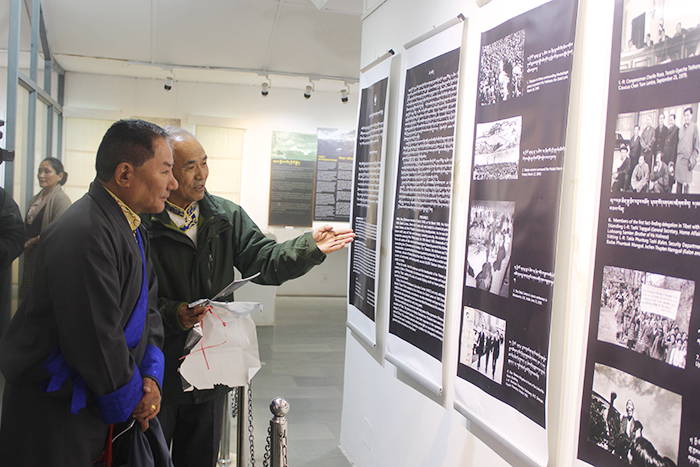