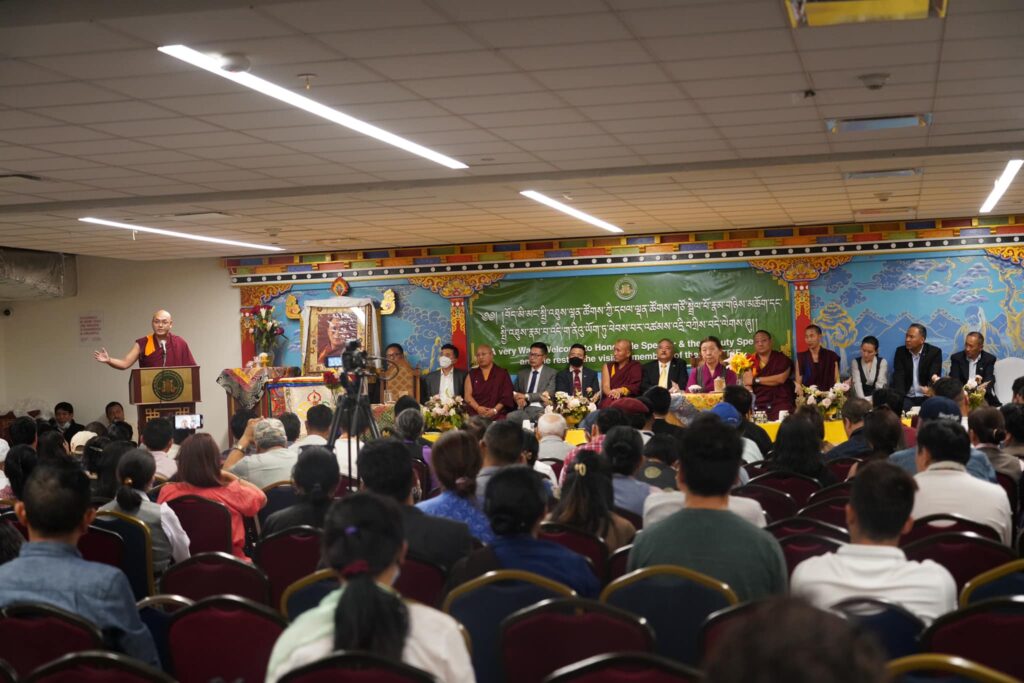 New York: After official engagements in the US capital, Speaker Khenpo Sonam Tenphel and Deputy Speaker Dolma Tsering of the Tibetan Parliament-in-Exile, along with the parliamentary delegation, left for New York on the morning of 25 June. Upon their arrival in the city, the delegation was received by the President and Board Members of the Tibetan community of New York and New Jersey.

They attended a lunch reception hosted by the community and met with the members of the Tibetan community at the New York and New Jersey Community Hall. There, they were received by the heads of the regional associations and other officials. Followed by the welcome speech by the President of the NYNJ Tibetan Community, the Speakers of the TPiE addressed the gathering and followed by a Q&A session.

Speaker Khenpo Sonam Tenphel, in his address, updated the public on the declaration adopted by the 8th World Parliamentarians’ Convention on Tibet held in Washington, DC, and essential details of the convention, which was graced by the presence of US Speaker Nancy Pelosi, Representative Jim McGovern, Richard Gere, and other Tibet supporters.

From the environmental perspective, he explained why Tibetans should be working closely with the South East Asian countries, highlighting the importance of the freshwater flowing to these countries from Tibet and the effect caused by the environmental degradation happening at the roof of the world.

Advising Tibetans to take every available opportunity to offer their contributions to the cause of Tibet, he asked Tibetans in New York and New Jersey to work collectively with like-minded people, including people of Taiwan, Inner Mongolia, East Turkistan, Hong Kong, and others. Finally, he urged people to maintain unity and harmony in the community.

In her address to the public, Deputy Speaker Dolma Tsering Teykhang extended her heartfelt gratitude to His Holiness the Dalai Lama for his painstaking efforts and unwavering commitment to Tibet’s issue, as a result of which the Tibet’s issue today has reached far-flung corners of the world laying the groundwork for the elected leader of the Central Tibetan Administration to continue the work as the political successor of His Holiness the Dalai Lama. Simultaneously, reminding the attendees there that people’s cooperation is necessary for the leaders to fulfil their obligations as the elected leaders of Tibetans to further the issue of Tibet on the global platform.

She further pointed out that the best way to offer gratitude to His Holiness the Dalai Lama for his lifelong sacrifices and blessings is to act at individual levels to bring a more significant change as a community, which she further explained is to bring unity and harmony within the community in the best interests of all.

The Deputy Speaker also expressed her concern over the declining birth rate in the Tibetan community and on the significance of nurturing each of the future seeds of Tibet to be responsible Tibetans. 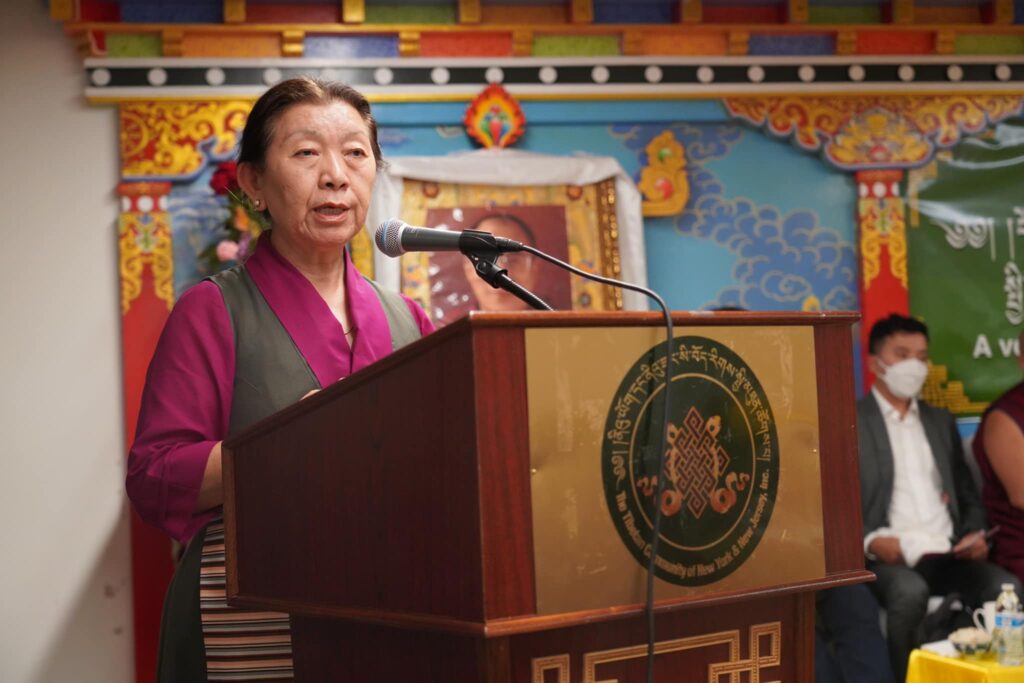 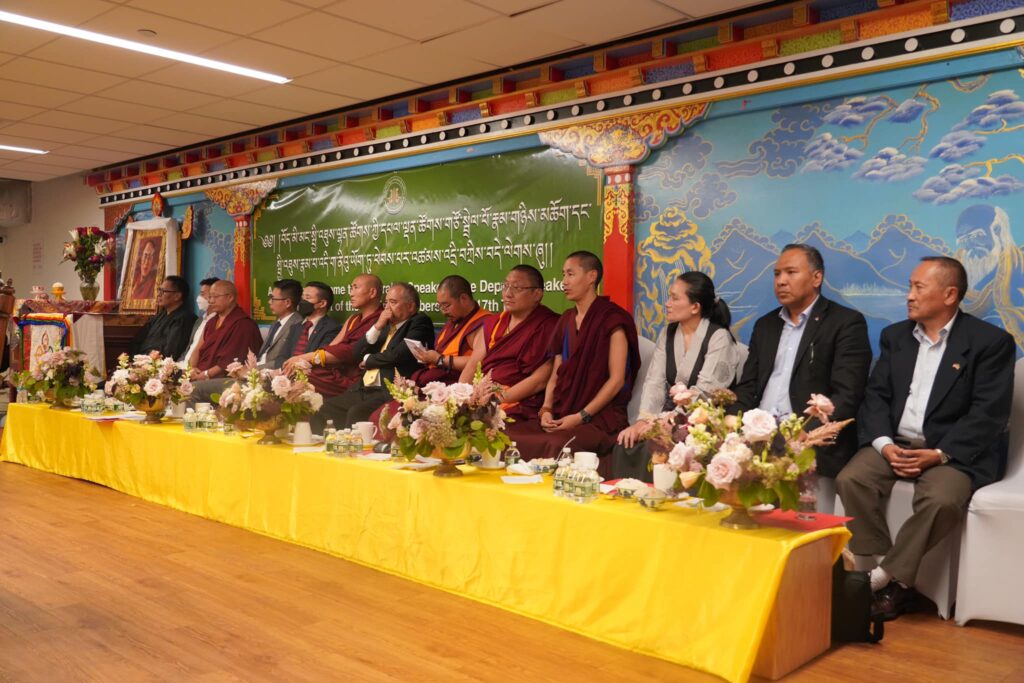 Tibetan Parliamentary delegation at the function. 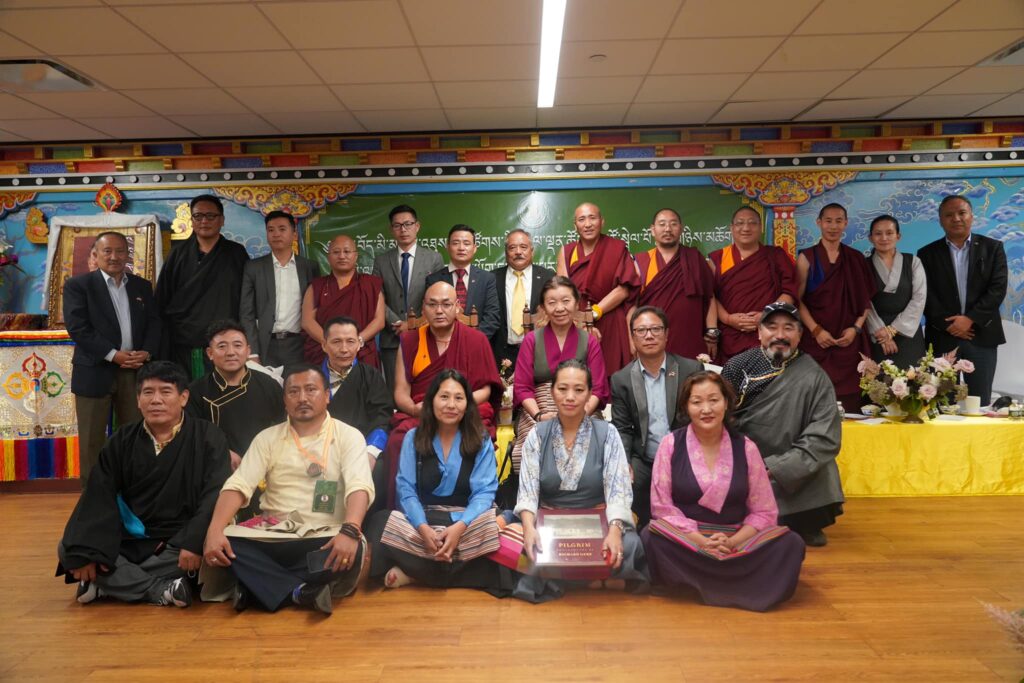 Speaker Khenpo Sonam Tenphel and Deputy Speaker Dolma Tsering of the Tibetan Parliament-in-Exile, along with the parliamentary delegation with President and Board Members of the Tibetan community of New York and New Jersey.