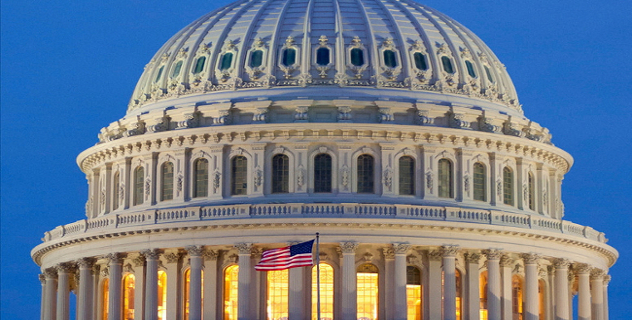 The US Capitol Building

Dharamsala: The US Senate Judiciary Committee approved the provision of 5,000 immigration visas to displaced Tibetans residing in India and Nepal.  The amendment, offered by Senator Dianne Feinstein and cosponsored by Chairman Patrick Leahy and Senator Chuck Schumer, was approved by voice vote and included in the immigration reform bill currently under consideration in the US Senate.

The approval of the Tibet-related amendment, however, faces a long and possibly arduous process before it gets enacted.  The immigration bill with the Tibetan provision must be approved first by the Judiciary Committee and then by the full US Senate, reconciled with the House version, and eventually passed by both houses of Congress. The entire process could take several months.

“I want to thank Senator Feinstein for introducing the amendment, Chairman Leahy and Senator Schumer for cosponsoring, and honorable members of the US Senate Judiciary Committee for approving the amendment. This provision will provide a great boost to Tibetans and contribute to burden sharing of Tibetans in India and Nepal.  The passage of this provision provides a timely moral support to Tibetans as they struggle against a new wave of repressive Chinese policies, and represents a tangible continuation of the long-standing and bipartisan support of the United States for Tibet,” said Sikyong Dr. Lobsang Sangay.

Senator Feinstein’s amendment that would create 5,000 immigrant visas for displaced Tibetans over a three-year period is based on a similar provision in the Immigration Act of 1990. The US Congress then generously approved a provision to grant immigrant visa to 1,000 displaced Tibetans living in India and Nepal.  That program, carried out at no cost to US taxpayers, resulted in the successful establishment of thriving and independent Tibetan-American communities in 21 states.

His Holiness the Dalai Lama and the Tibetan leadership have been trying for over five decades to preserve Tibetan identity and culture in exile until Tibetans are free to return home again.  It has long been His Holiness’ vision that a healthy and prosperous diaspora is key to achieving this objective.  The new Tibetan immigration provision, if and when enacted, will help the Central Tibetan Administration’s efforts to find meaningful livelihoods and support the well being of displaced Tibetans who have fled Tibet into exile.

The Fourteenth Kashag has been vigorously seeking international governmental support for Tibet. Over the past two years Sikyong Dr. Lobsang Sangay has visited Washington frequently and met with Congressional leaders including Senators Feinstein, Leahy and Schumer to press the case for Tibet and Tibetans, including with regard to immigration issues. During his most recent visit to Washington on May 6-10, the Sikyong thanked the US government and Congress for their support and discussed the status of Tibetan refugee settlements in South Asia and the challenges faced by the Central Tibetan Administration in providing educational and employment opportunities for Tibetan refugees.

The Kashag urges all Tibetans to again be mindful that the inclusion of a Tibet-related amendment in the US immigration bill is only the first step in a long process.  Firstly, the Senate Judiciary Committee and the full Senate must approve the immigration bill. The House of Representatives will be working on their own immigration bill.  The two bills will then need to be reconciled.  Lastly, immigration reform is a highly contentious issue and it is possible that there may not be an agreement on a final bill.