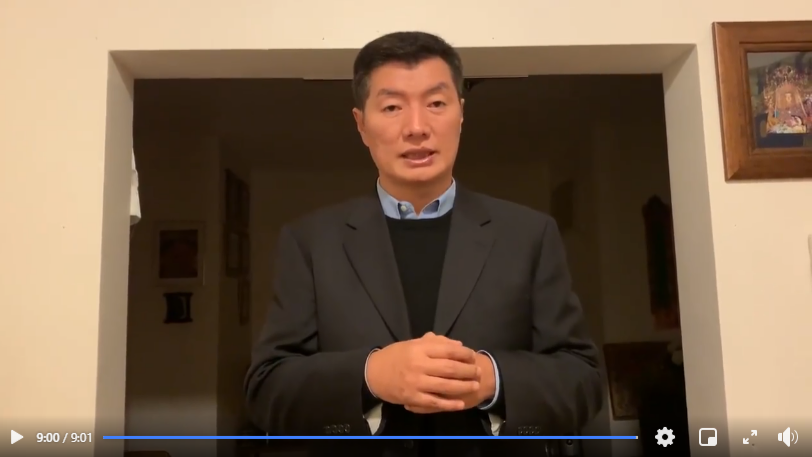 Sikyong commended the initiative of the Department of Health in hosting a panel discussion on the imminent issue (Watch here). A video message from His Holiness the Dalai Lama was also published as part of the DOHe initiative.

Geshe Lhakdor, Dr Tsetan and other health experts joined the panel discussion, shedding light on how to deal with mental health through different approaches from Buddhist teachings to Tibetan and Western medicinal traditions as well as the issues of societal attitude towards mental health.

Sharing from his perspective, through visits to Tibetan settlements as Sikyong, he said parents of mental health patients come up to him with concerns about their children’s continued care, something which had stuck with him and helped in guiding certain policies towards the long term welfare of the patients.

WHO’s data on suicide puts it at 8lakhs, with 3 people dying every 2 minutes, coming to 90 within an hour which is the exactly the duration of the Health dept’s event.

“The wider implications of the findings in the context of our settlements is a concern, therefore, the suggestions for a holistic approach, which combines different methods from Buddhist teachings to Tibetan tradition and Western medical system is an encouraging initiative ,” said Sikyong.

In that vein, he expressed his hope for a plan to establish a mental health facility within the community led by CTA’s Health department, including MenTsee Khang institute and monasteries.

The facility would put into practice a holistic approach combining different methods for patients joined by caregivers throughout the duration of the treatment to ensure caregivers are equipped with resources to help patients recover fully.