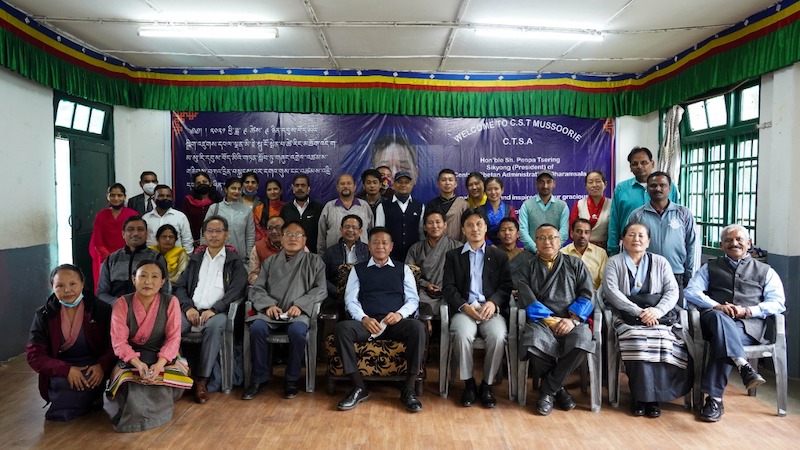 Mussoorie: Sikyong Penpa Tsering of the Central Tibetan Administration visited the Tibetan Homes Foundation (THF) school in Mussoorie on Wednesday, 8 September 2021. He was given a warm welcome at the school by Karma Chungdak, General Secretary of THF, and by the staff of the school.

Upon arrival, Sikyong held a general meeting with the members of the management committee of the school and discussed issues facing the school. He also applauded the teachers for the school’s excellent achievements in the recent All India Board Examinations.

Following the meeting, Sikyong addressed the entire staff of the school at the school’s Tsering Dolma auditorium. At the the address, General Secretary Karma Chungdak read out the annual report of the school.

The next day on 9 September, Sikyong Penpa Tsering visited the Central School for Tibetans (CST) in Mussoorie and addressed the staff of the school including the Principal and Rector. The address was followed by Principal Thakchoe Tsering who read out the school’s annual report.

In his address, Sikyong informed the staff about the main objectives of the 16th Kashag i.e looking after the welfare of the Tibetan public, resolving the critical situation prevailing inside Tibet, and upholding the guidance and blessings of His Holiness the Dalai Lama.

Sikyong also spoke about the Kashag’s deep commitment towards looking after the welfare of the Tibetans in exile. To effectively achieve his goals, he said he need to devise well-researched projects and plans based on accurate data. For that reason he said he is going to initiate a population survey soon.

Speaking about the transfer of the Central Tibetan Schools Administration (CTSA) schools to Sambhota Tibetan Schools Society (STSS), he updated the staff about the status of the transfer project particularly the six remaining CTSA schools. He explained that CST Mussoorie is the largest school among the six schools with 495 students. Out of the 495, 28 of the students were Tibetan while 381 were local Indians and 86 were from Himalayan regions.

Following the visit to CST Mussoorie, Sikyong along with Education Secretary Jigme Namgyal and STSS Director Tsering Dhondup left for Kalimpong via Delhi. Sikyong will visit CST Kalimpong on 10 September and will meet the staff of the school. 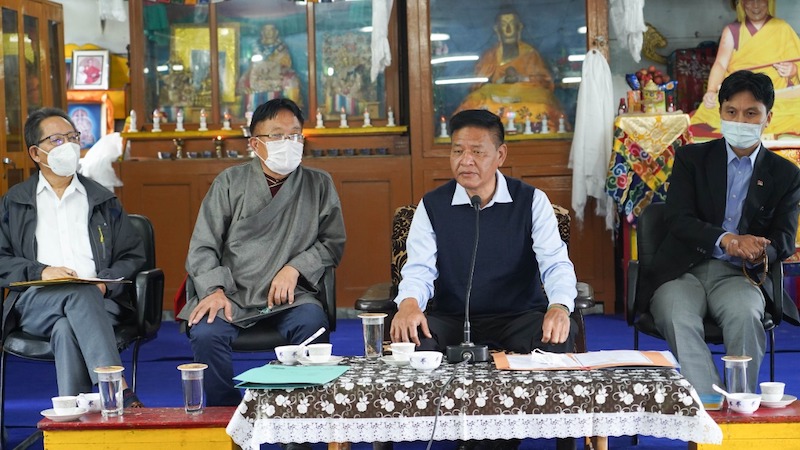 Sikyong addressing the staff of CST Mussoorie on 9 September. 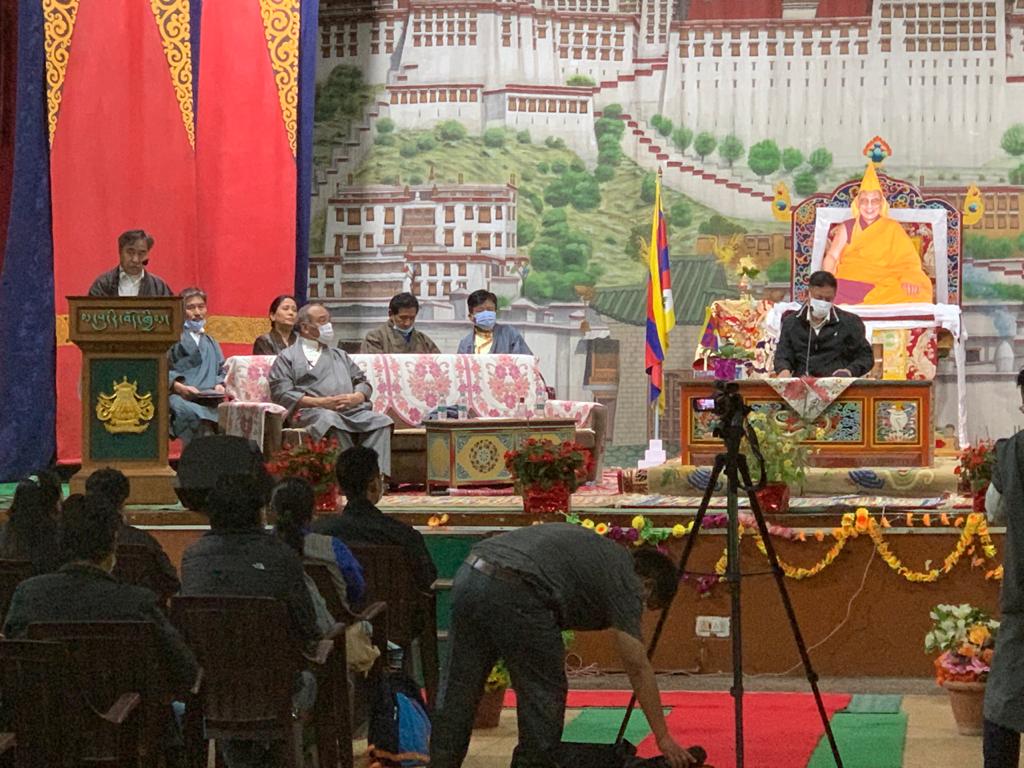 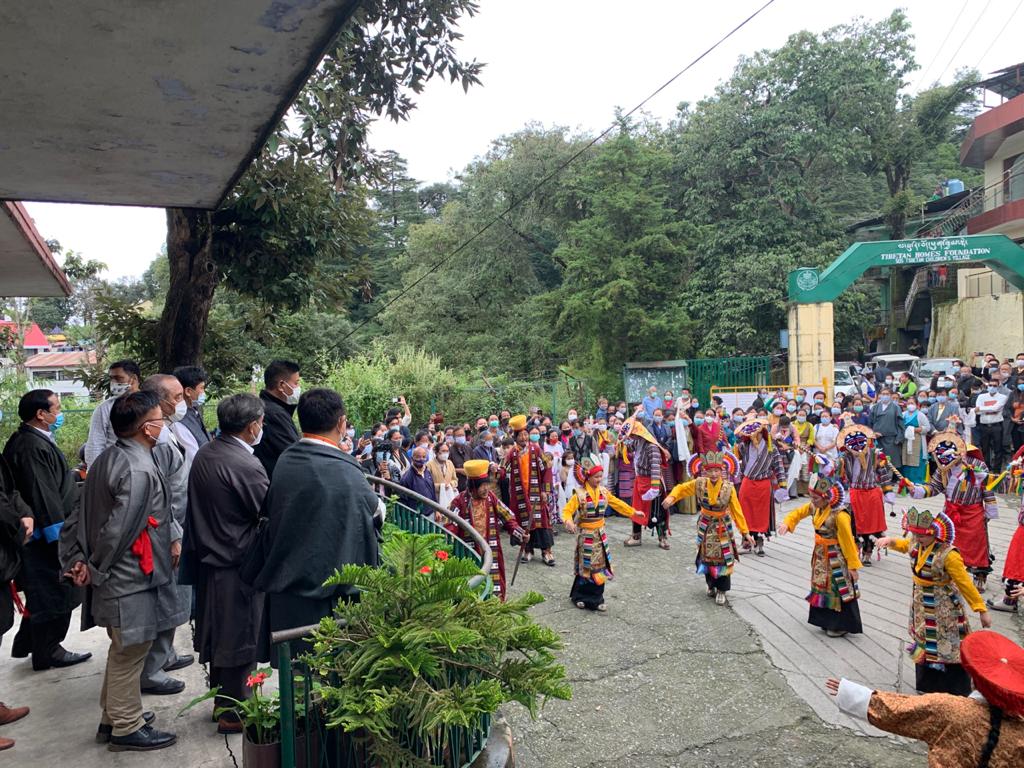 Sikyong being welcomed to THF Mussoorie with a traditional performance, 8 September 2021. 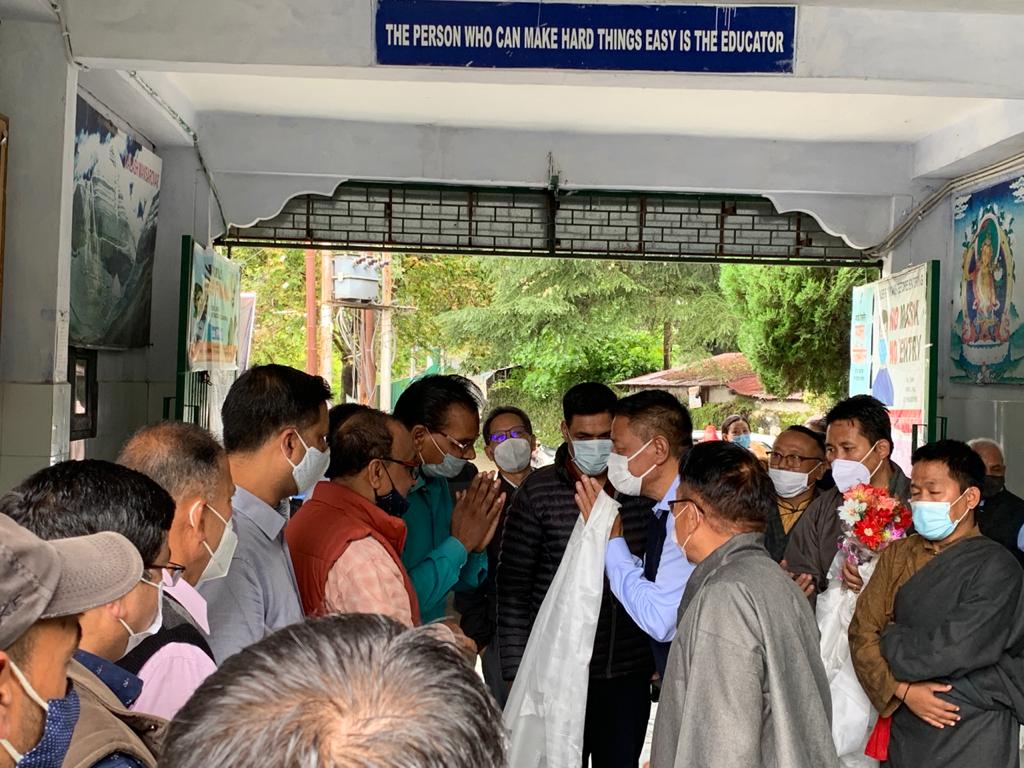 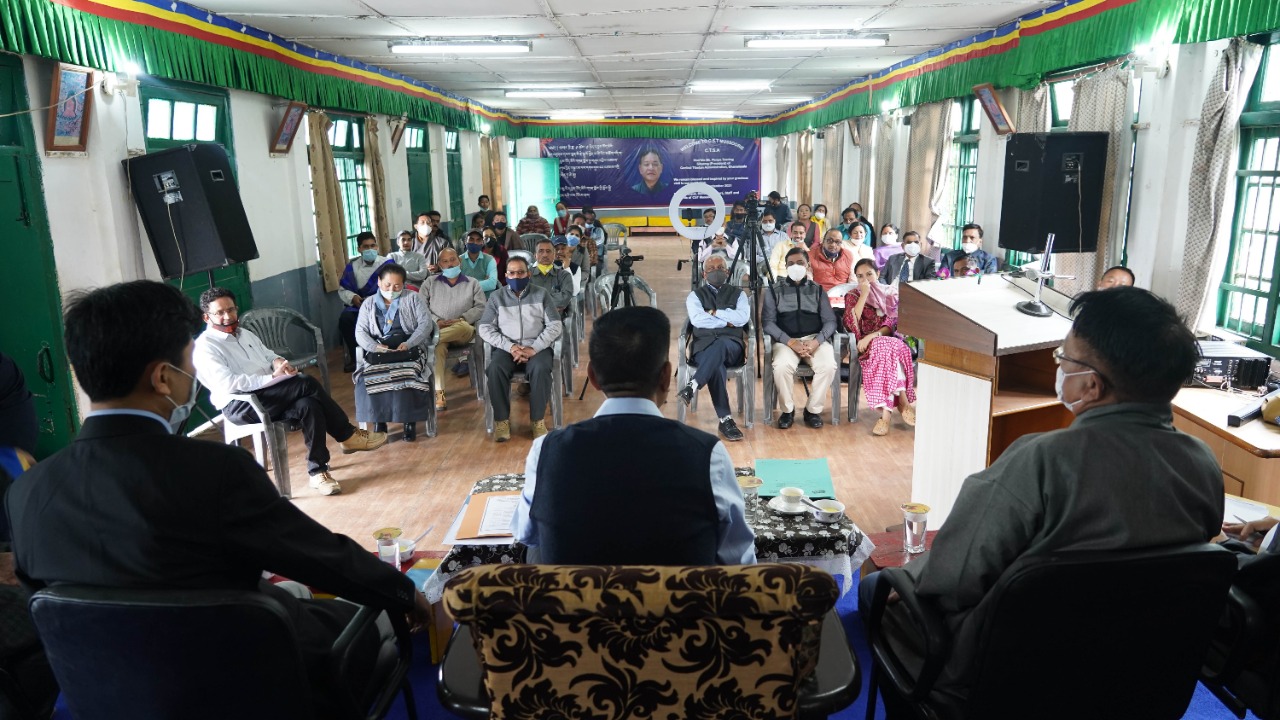 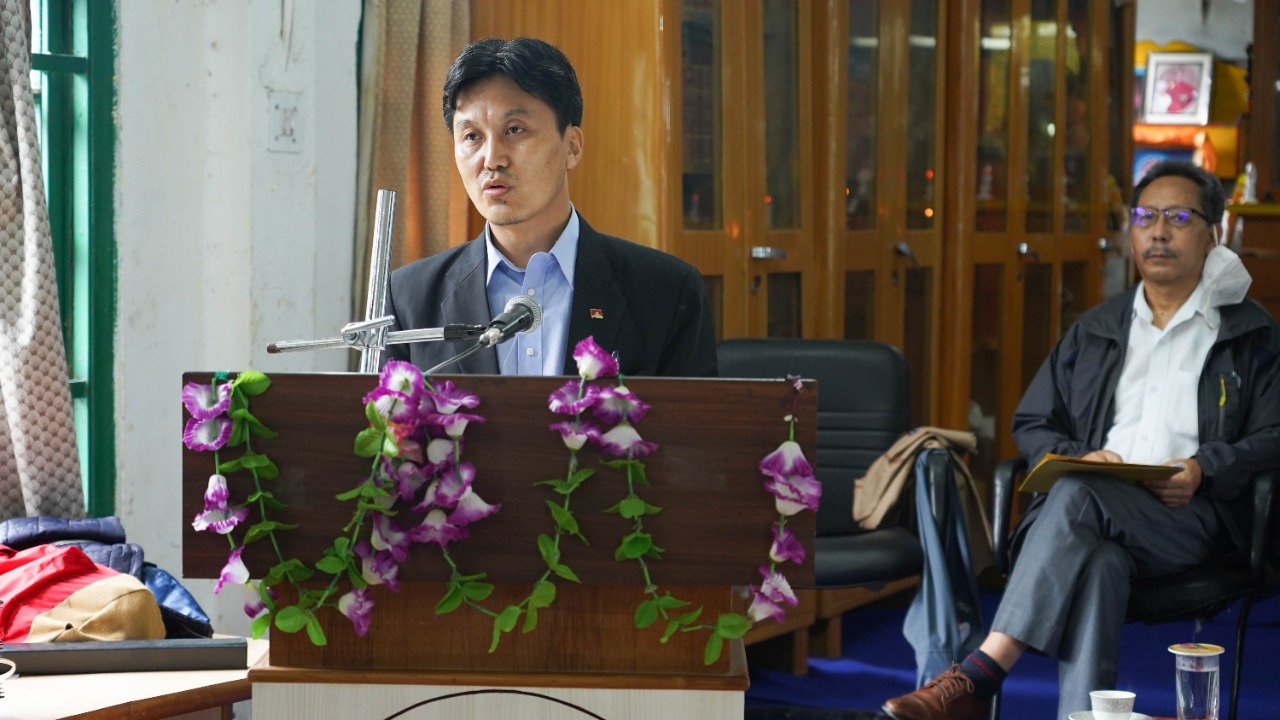