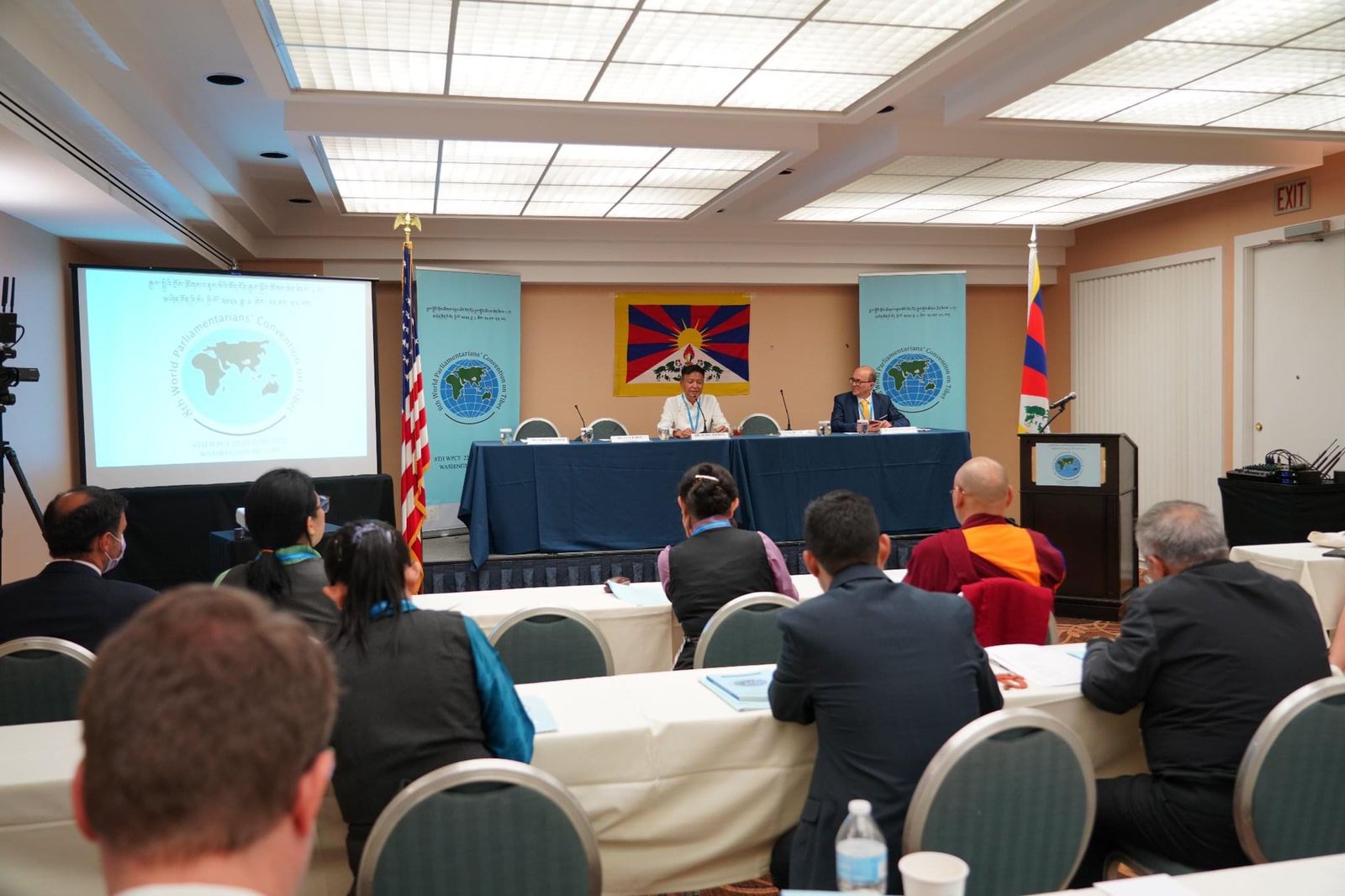 Dharamshala: Sikyong Penpa Tsering of the Central Tibetan Administration addressed the 8th World Parliamentarians’ Convention on Tibet on 22 June, underscoring various issues from Sino-Tibet dialogue to the reincarnation of His Holiness the Dalai Lama.

Highlighting initiatives taken by the government of the United States on Tibet issue and the anticipation of a similar move by like-minded countries in their respective parliaments, Sikyong said the changing world’s perspective on China following the Ukraine situation and subsequent changes in global politics made Tibetans along with Uyghurs, Mongolians, Hong Kongers and Taiwanese vigilant for the emerging opportunities and challenges in the new global order and China’s role in it.

While appreciating the active involvement of parliamentarians and their expression of interest in leveraging and forwarding the movement in their respective national parliaments during the ongoing convention, Sikyong stressed the continual of the conference to build correlations, share the best practices and network between parliaments to parliaments in order to create a common platform for all those who are supportive on resolving the Sino-Tibet conflict. In addition, Sikyong informed the gathering about discoursing thoroughly the changing narratives on Tibet in another session, given China’s strong and pervasive self-serving propaganda and its possible misdirections.

Speaking about the propagation of China, Sikyong reiterated that Tibet was never a part of China which reverberated in the findings of researchers like Michael van Walt van Praag, Professor Lau Han Shiang and others. However, Sikyong mentioned His Holiness the Dalai Lama led Tibetans unanimously adopted Middle Way Approach as a viable solution for resolving the Sino-Tibet conflict based on ground realities.

Despite abundance of evidence established by the historians to proof Tibet as an autonomous country in the past, Sikyong recollected China’s preconditioning of His Holiness the Dalai Lama to accept Tibet as a part of China since time immemorial, to which, His Holiness wisely answered saying “I am not a historian, let us leave history to historians. What is more important for us is the future of the Tibetan people.”

Additionally, abstaining from interfering in China’s so-called domestic issue while, at the same time, supporting Sino-Tibet negotiations by some nations ignited contradictory feelings amongst Tibetans. Therefore, Sikyong said he is hopeful that parliamentarians present at the conference will take the message of Tibet being not a part of China back to their countries.

Given President Xi Jinping’s policy of eradicating Tibetan identities, as was seen in the recent reports of the establishment of colonial boarding schools in Tibet, Sikyong said unquestioned China would never be eager to come to the negotiation table eventually hampering the leverage of Middle Way Approach. Hence, he urged participants to question China’s iron grip rule in Tibet.

Apart from these, Sikyong illuminated the attendees on importance of Tibet’s environment, especially its water resource, and China’s exploitations. With further updates on China’s construction of mega dams on Tibet’s rivers and its implications, he stressed that such activities, directly and indirectly, affect the livelihoods of downstream countries to whom China usually denies sharing its hydrological data.

Furthermore, he dissuaded international communities from calling East Turkestan Xinjiang rather than Uyghur to avoid China’s sinicization attempts, given the world’s unacquaintance with the name Xizang for Tibet. At the same time, he acknowledged the presence of Uyghur politician and activist Dolkun Isa, Tibet’s friends from Hong Kong and Mongol at the convention with whom Tibetan delegates will discuss on making concrete proposal to challenge a common opponent with shared efforts.

Before concluding his address, Sikyong Penpa Tsering appreciated everyone in the gathering for their participation.