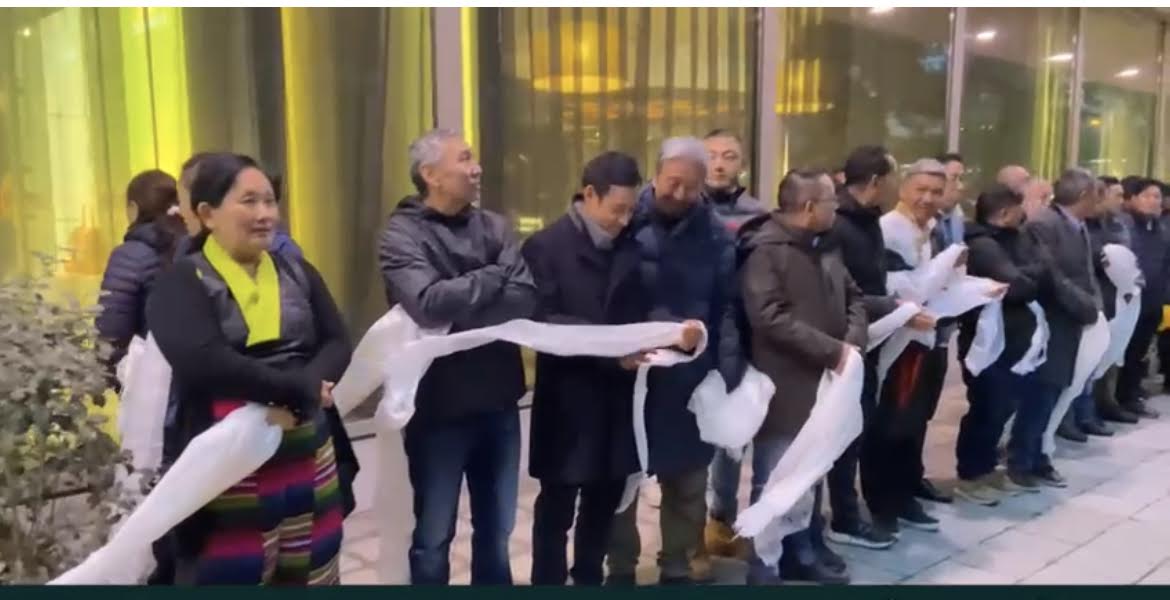 Public waiting to see off Sikyong

Brussels: On the second day of their visit, the Tibetan delegation had interview engagements with Brussels daily La Libre Belgique and staff of Friedrich Naumann Foundation, the co-organiser of the visit.

In the afternoon, Sikyong Penpa Tsering, Kalon Norzin Dolma and Representative Rigzin Genkhang met with Officials of the Belgium government to brief them on the most pressing human rights situation in Tibet including the repression of Tibetans in the garb of “zero Covid policy”, mass DNA collection drive of the Tibetan population, the operation of Colonial style boarding schools in Tibet by the Chinese authorities and the violation of freedom of religion.

The Officials listened to Sikyong’s presentation with utmost attention and expressed grave concern at the critical human rights situation in Tibet. “The eradication of the Tibetan culture, religion, and language is a terrible loss to humanity”, said the Official.

In the evening the delegation was invited to a sumptuous dinner by the Office of Tibet, Brussels.

In the early hours of 15 October, a small crowd of Tibetans gathered in front of the hotel where the Sikyong had been staying to see him off. He promised them that he would return to Brussels again.

Just like on his arrival and throughout his stay in the EU capital, motorbike riders escorted Sikyong Penpa Tsering to Brussels airport. He departed Brussels for Berlin to continue his engagements in the coming days. 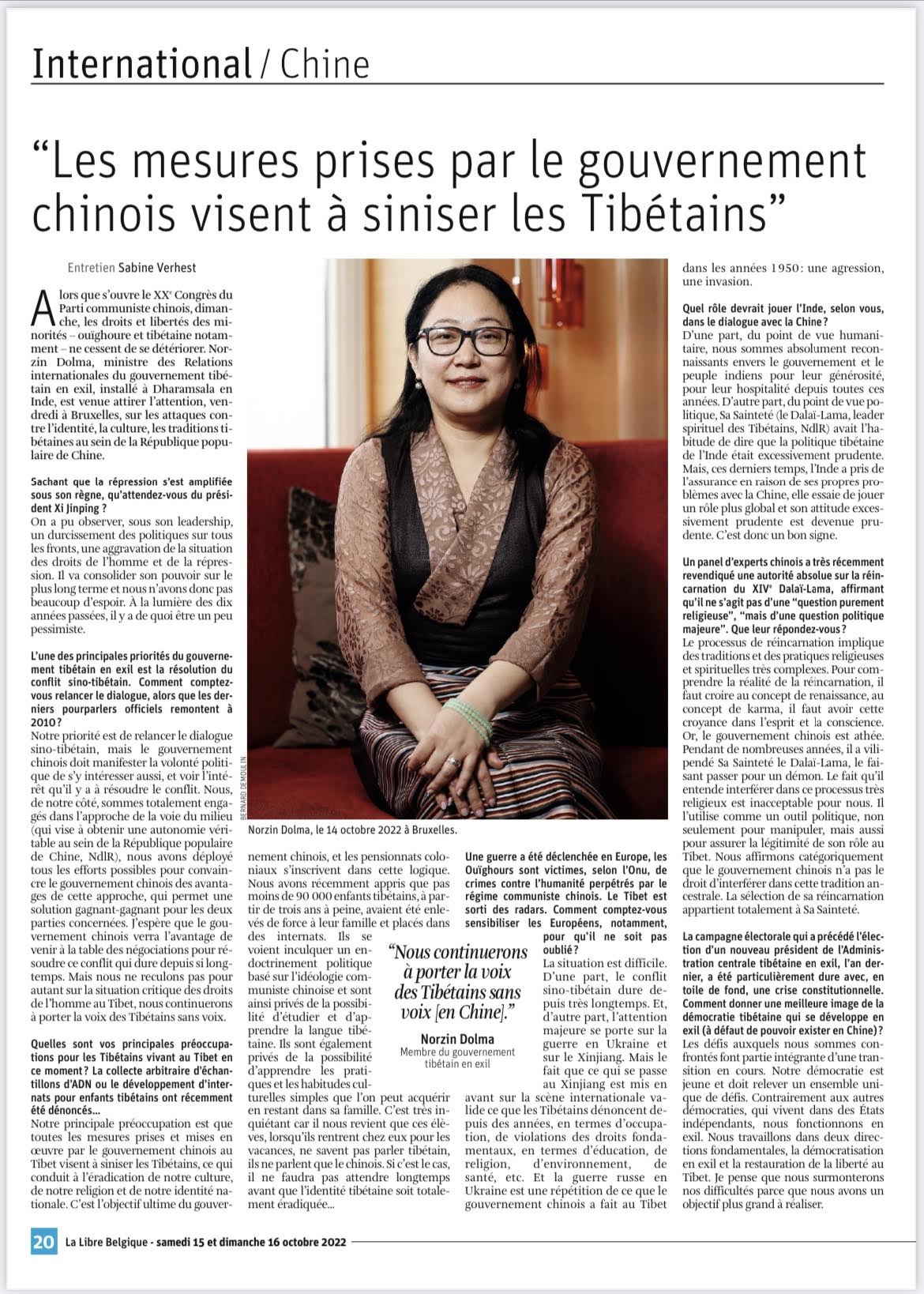 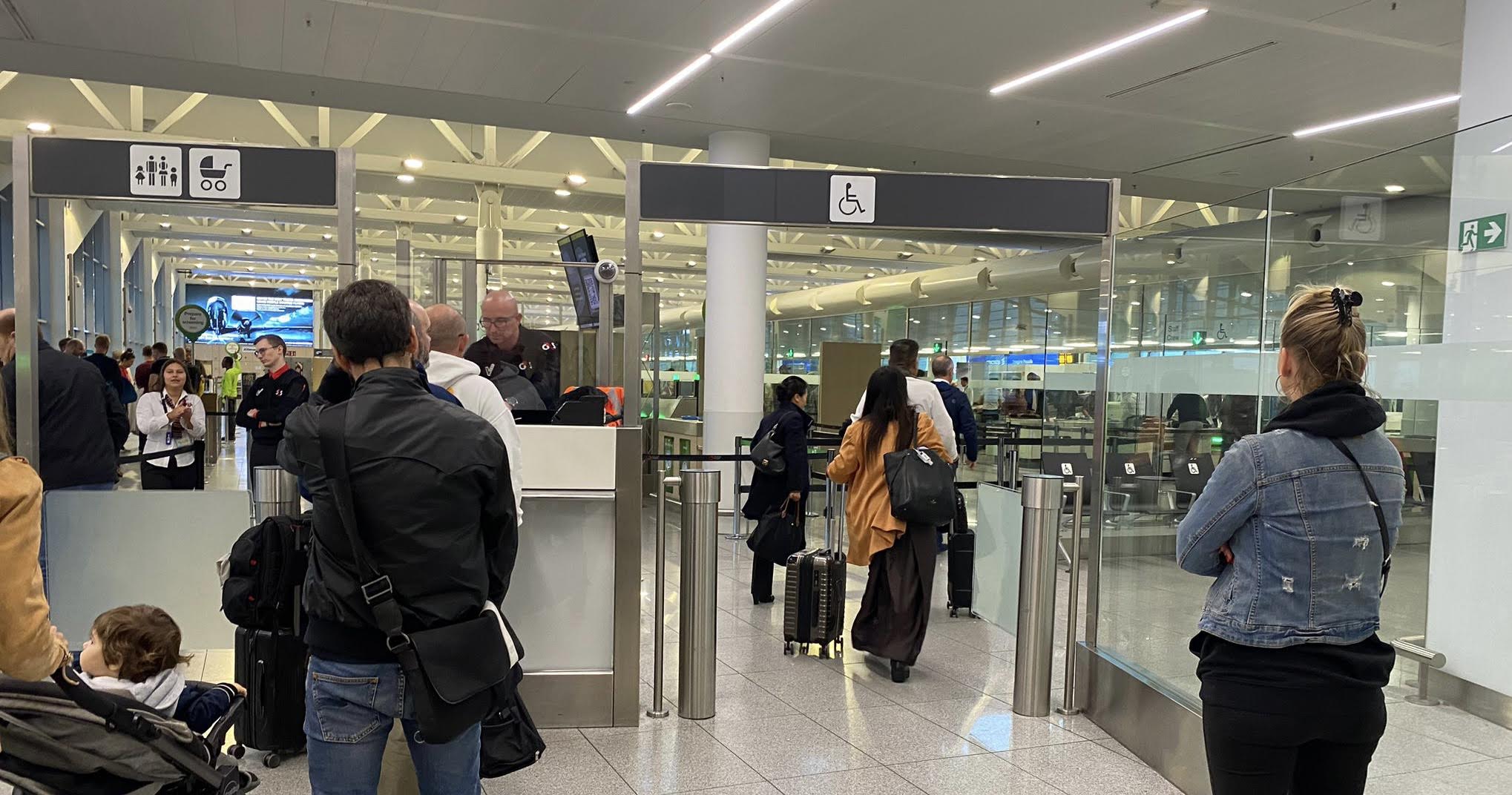