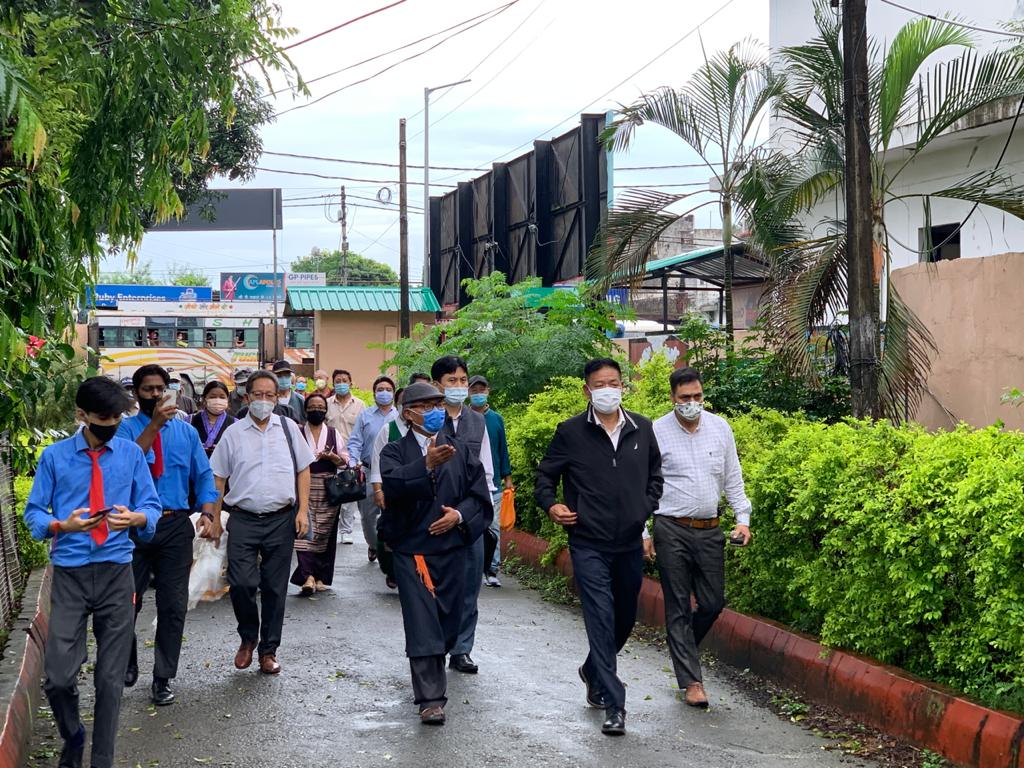 Dharamshala: As part of his ongoing visit to the five Central Tibetan School Administration (CTSA)  that are yet to be transferred to the education department’s Sambhota Tibetan School Society (STSS), Sikyong Penpa Tsering visited the CST School based in Herbertpur on Wednesday.

Since assuming the office over three months ago, Sikyong said he has gone through all the background materials related to when the transition of CTSA schools first began in 2013 and added that he was alarmed by the sharp decline of Tibetan students admitted to Tibetan schools every year.

“Where Tibetan students used to be 90%, Tibetan students now constitute only 10% while the remaining 90% is composed of local Indians and students from Himalayan regions,” Sikyong remarked attributing low birth rate, migration of Tibetans abroad, and the dramatic decline in the influx of Tibetans from Tibet since 2008 as key factors responsible for the dwindling number of Tibetan students at Tibetan schools.

After reviewing the predicament of the Tibetan schools especially the schools under CTSA, Sikyong prompted the indispensable need for the transition.

He noted that his visit was to assess the current situation of the five remaining CTSA schools and also to interact with the concerned staff of these schools to understand their perspectives and suggestions.

Sikyong further announced his upcoming meeting in Delhi with concerned officials of CTSA and Joint Secretary of the Ministry of Education to discuss the procedures for the transfer of six schools, viz. CST Mussoorie, CST Shimla, CST Dalhousie, CST Kalimpong, CST Darjeeling and CST Herbertpur.

“The matter does not rest upon us to say that we don’t take these schools. There is no other way for us but to take them if the Indian government directs us to do so,” Sikyong said, and assured his commitment to do what’s best for these schools and the welfare of the students.

Education Secretary called out the decision to transfer these schools a positive move and stated that apart from the shift in the administration of these schools, the ‘quality of education will not be compromised’.

So far, a total of 55 Tibetan schools comprising 33 pre-primary schools, 9 primary schools, 5 middle schools, and 8 senior and senior secondary schools have successfully been transferred from the CTSA to STSS administered by the Education department.

CST Herbertpur is the second-largest school among the 6 remaining senior secondary schools that are soon expected to be moved under the STSS administration. CST Herbertpur has a total strength of 471 students of which 54 are Tibetan and the rest local Indians.

After the assessment visit and meeting with the concerned faculty, Sikyong visited THF Mussoorie and held a general meeting of the THF Management Committee. 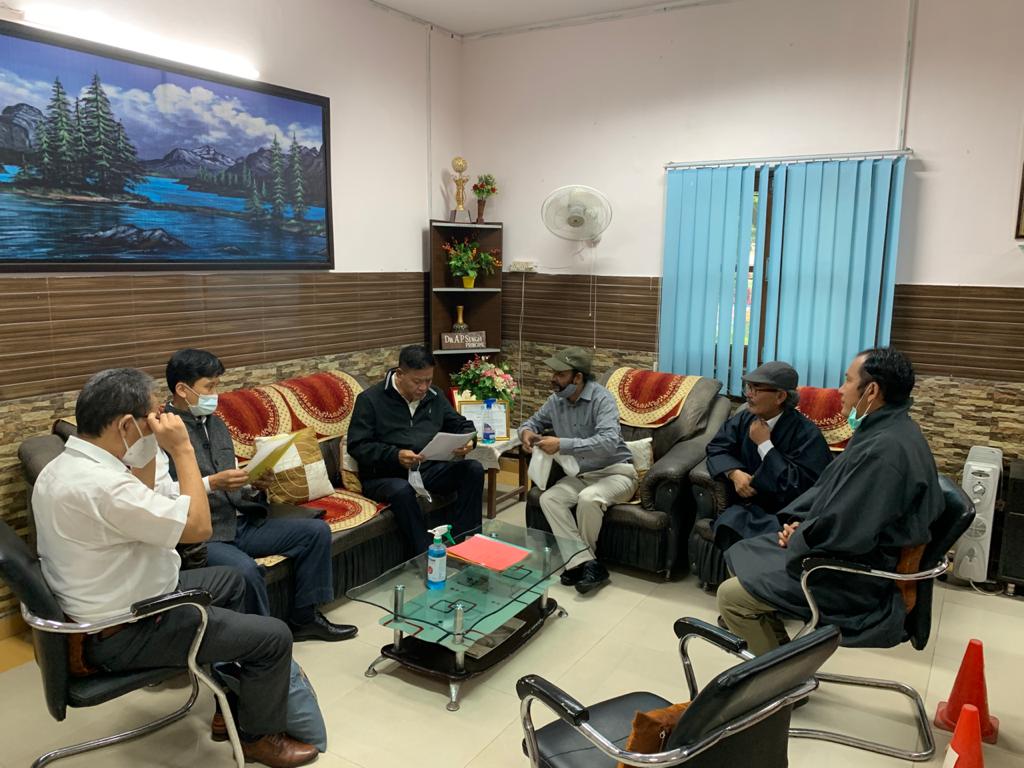 Sikyong during a meeting with the Principal of the School, A.P. Singh on the right 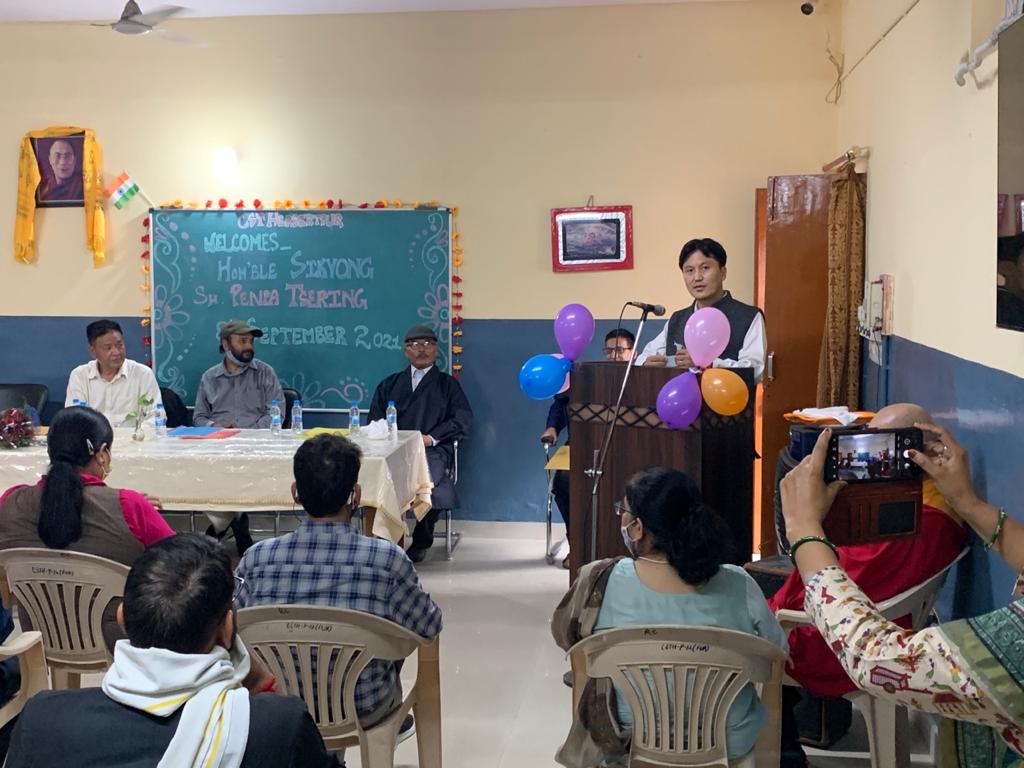 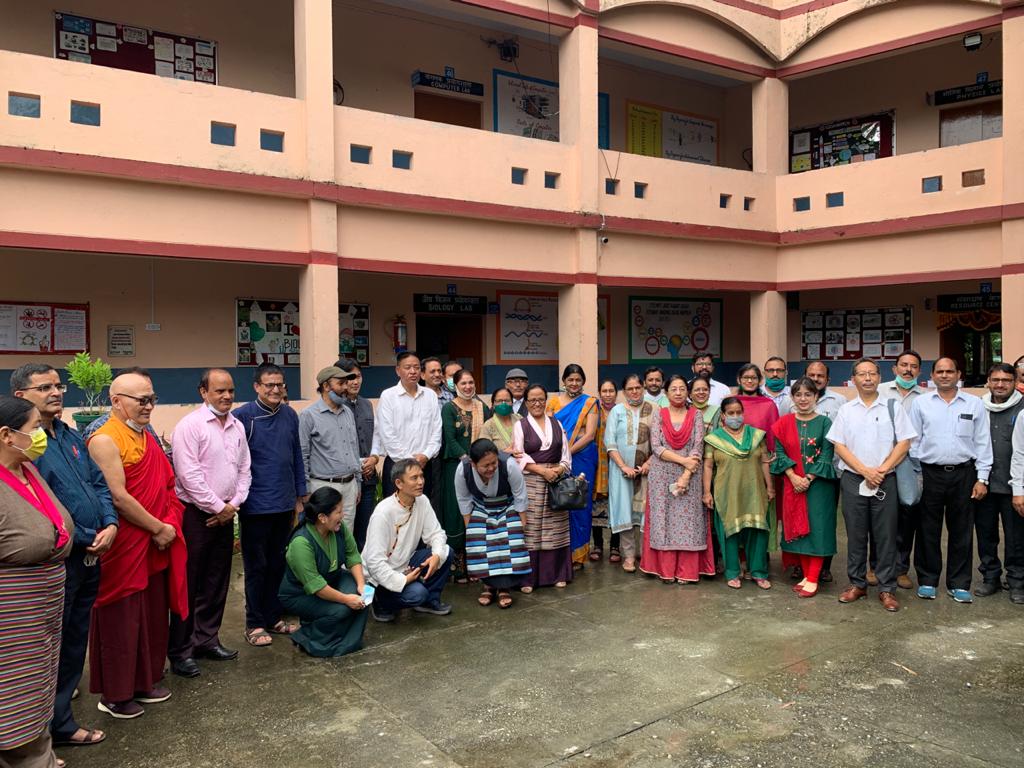 Sikyong Penpa Tsering and the delegates of the Department on Education with the faculty of CST, Herbertpur