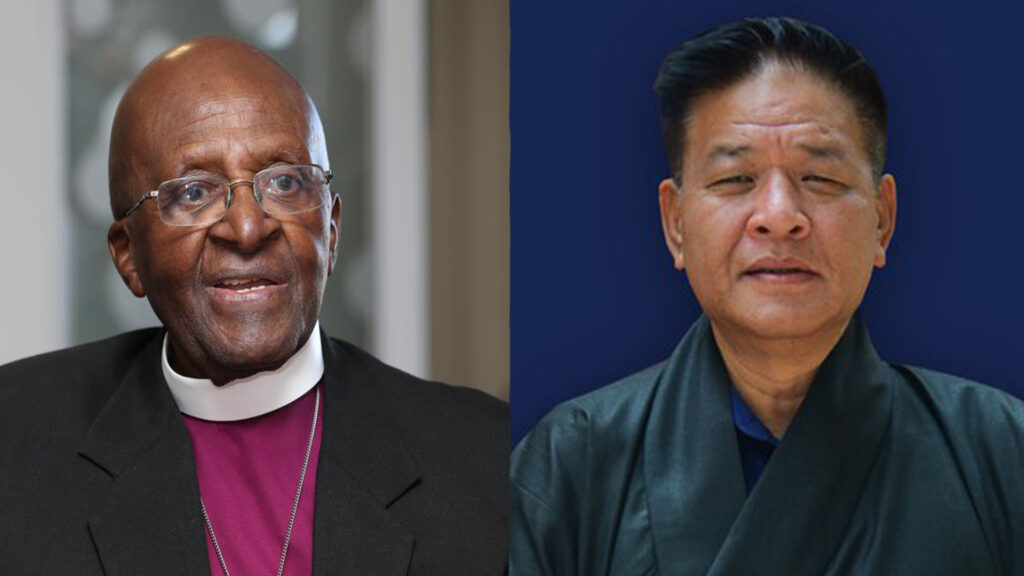 Dharamshala: Sikyong Penpa Tsering of the Central Tibetan Administration today condoled the demise of Archbishop Desmond Tutu, an anti-apartheid giant who passed away on Sunday, aged 90.

In his condolence letter to Mrs. Leah Tutu, late Demond Tutu’s wife, Sikyong wrote, “It is with great sadness that I learnt of the passing of Archbishop Desmond Tutu. On behalf of the Central Tibetan Administration and Tibetans around the world, I offer our deepest condolences and prayers to your family and the people of South Africa”.

“This irreparable loss is felt deeply by the Tibetan people who were moved and inspired by the humbling friendship between Archbishop Tutu and His Holiness the Dalai Lama. We fondly remember his visits to Dharamshala, especially his presence at the pre-celebration of His Holiness’ 80th birthday in 2015”.

Sikyong further added, “The Tibetan people were among the millions who were the fortunate recipient of the Archbishop’s boundless empathy and support. His victory in bringing justice and freedom to his people is an inspiration to many, including the Tibetan people. We remain eternally grateful and inspired by his legacy”.

“Archbishop Tutu embodied all that humanity could be. Though we bid farewell to him, his legacy will live on. The light and hope he represents will continue to shine and guide us all”.

“As per the Buddhist tradition, we will be observing a prayer service today in honour of his memory and pray that we continue to be guided by his spirit of altruism. Once again, I extend our deepest condolences and prayers” Sikyong concluded the letter.