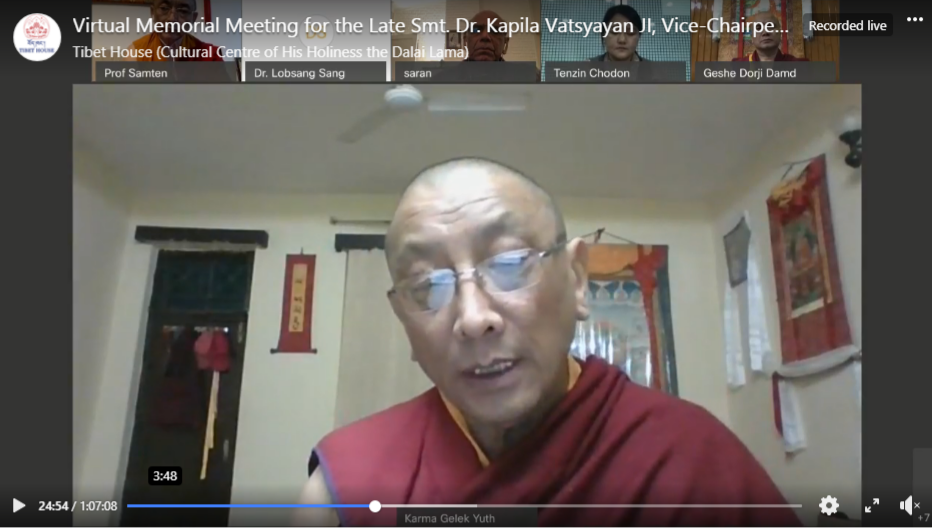 The virtual memorial service for the late former MP and the Vice-Chairperson, Governing Council, Tibet House, was organised by the Tibet House.

Sikyong Dr Lobsang Sangay in his tribute described the former MP and longtime friend of Tibet as “a very forthright and courageous person, whom His Holiness referred fondly as ‘Mataji” and who was an unequivocal “pro-Tibet” from a political point of view.

“She met His Holiness in 1956 who arrived at the 2500th anniversary of Buddha Jayanti, from then to post-occupation of Tibet. She helped as much as she could in preserving Tibet’s spirituality, culture, thereby, establishing all the institutions,” he observed.

“Because of friends like her, the Tibet issue is very much alive in the world, particularly in India. All throughout her life, she stood with us, spoke for us in the presence of highs and lows. At the Thank you India event, despite her age she came and spoke her mind. It is a great loss for Tibet and obviously for India, as well.”

“On behalf of CTA, I want to thank Tibet House and fondly remember Dr Kapila ji and let us not forget her words and deeds for Tibet and carry on her legacy to realize the aspirations of Tibetans,” he concludes.

Kalon Ven Karma Gelek Yuthok of the Department of Religion and Culture joined in, paying his respects for the late Dr Kapila Vatsyayan and prayers for the departed soul, “I feel very honoured and privileged to remember meeting Dr Kapila ji only on a couple of occasions but I have always held her very high and close in my heart, knowing and appreciating her firm support to His Holiness the Dalai Lama and the Tibetan Buddhist culture.”

“We, Tibetans, inside and outside Tibet, remain deeply grateful and indebted to Dr Kapila ji for her most valuable support and contributions in the cause of the Tibetan people and culture. We can remain assured about the wellbeing of the late Dr Kapila ji’s soul.”

He concluded by dedicating a prayer in Tibetan by the great Buddhist master, Je Tsongkhapa so that “Her close personal and spiritual bond with His Holiness alone, besides her own enormous good deeds, should grant her special guidance from the Arya Avalokiteshwara and Aarya Tara in her journey to the next world.” 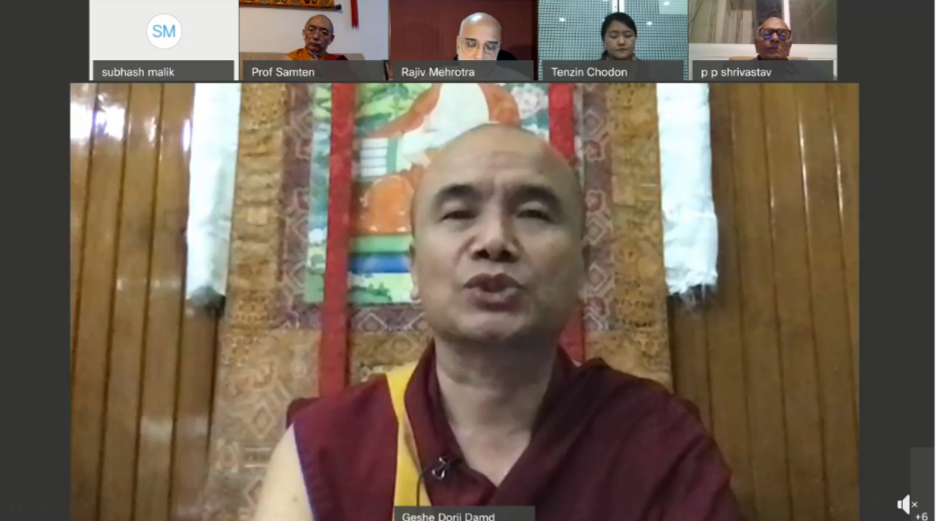