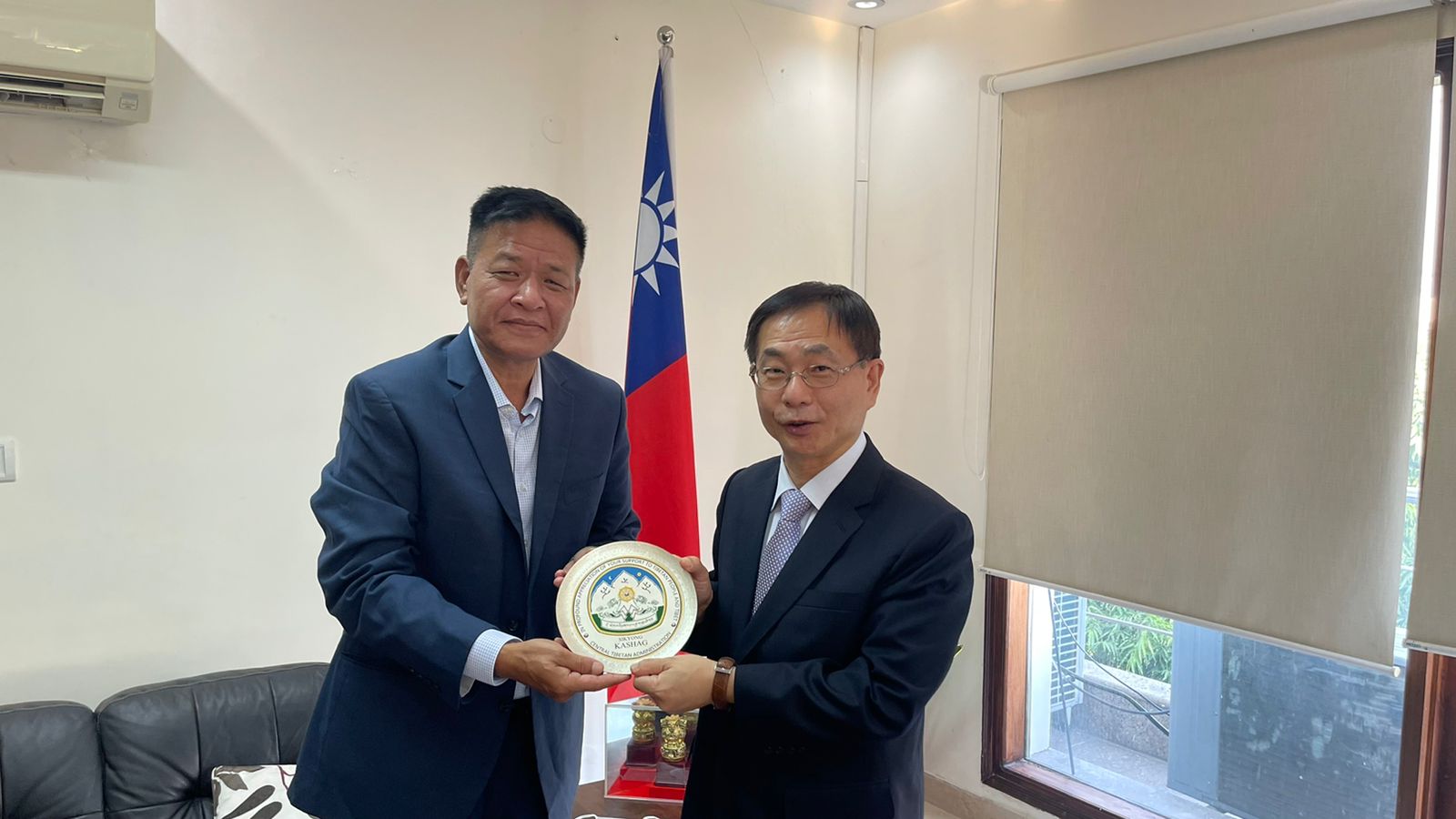 Sikyong Penpa Tsering of the Central Tibetan Administration with Taiwanese ambassador His Excellency Baushuan Ger at his office in New Delhi on 4 October 2021.

Delhi: Sikyong Penpa Tsering of the Central Tibetan Administration met Taiwanese Ambassador to India His Excellency Baushuan Ger at his office on Monday, 4 October. During the hourlong meeting between the two, they discussed issues of mutual interest and concern. Sikyong also met with diplomats of some other countries during his three-day visit to Delhi from 3 – 5 October.

This is Sikyong’s third official visit to New Delhi since taking charge as Sikyong of the Central Tibetan Administration in May. During the first two visits, Sikyong met with Indian officials and dignitaries. On this visit, Sikyong mostly met with foreign diplomats and dignitaries.

Sikyong Penpa Tsering called upon Taiwanese Ambassador H.E. Baushuan Ger at his office and discussed issues of mutual concern and interest for about an hour today, in addition to diplomats of some other countries. pic.twitter.com/DAdirz9Zb3