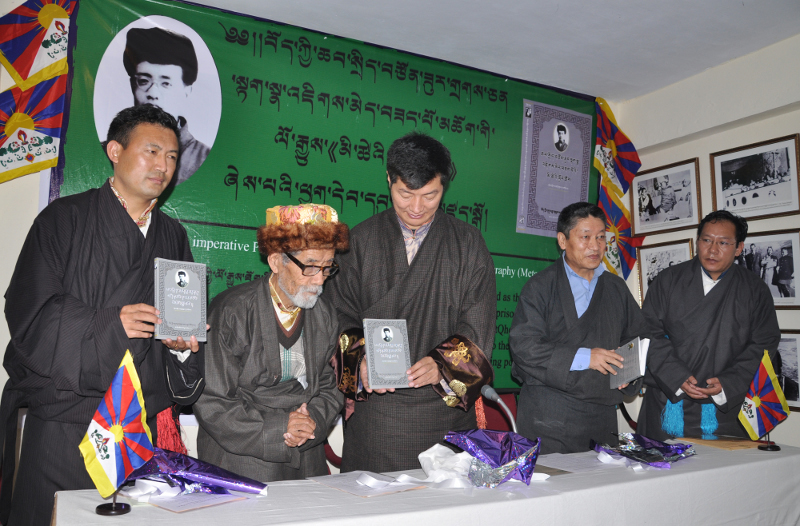 Speaking at the book launch, Sikyong Dr Lobsang Sangay said, “I feel honoured to launch the biography of Takna Jigme Sangpo. Since my time as an activist during my college years in Delhi,  I have heard of Takna Jigme Sangpo’s incarceration in Drapchi Prison and drawn inspiration from his heroic activism.”

“Even from within the prison, Takna Jigme Sangpo has undertaken various political activities. One significant protest was during the visit of Swiss human rights officials to Drapchi in 1992, when Takna Jigme Sangpo raised slogans of Tibetan freedom, before he was subdued by Chinese officials,” Sikyong said.

Takna Jigme Sangpo, the longest serving Tibetan political prisoner, is an enduring example of Tibetan freedom fighter. Through him, I pay my respect to all the former political prisoners and those suffering under the Chinese occupation of Tibet,” Sikyong Dr. Lobsang Sangay said.

Sikyong Dr Lobsang Sangay also recommended that this book be translated to English and other languages as well, to make Takna Jigme’s sacrifices more relevant to the younger generations.

Takna Jigme Sangpo, in his address, spoke about three reasons for releasing his biography. He noted that one of the most significant reasons was His Holiness the Dalai Lama’s speech on the 28th anniversary of Tibetan uprising day.

“In that speech, His Holiness has urged older generation of Tibetans to put their experiences in writing. If you don’t record the sacrifices and sufferings, there is a chance that your  sacrifices might gradually fade into oblivion,” Takna Jigme Sangpo recalled His Holiness as saying in that speech.

He also noted Kalon Trisur Prof. Samdhong Rinpoche and Kalon Dongchung Ngodup for their encouragement to release his biography.

Takna Jigme Sangpo was released on medical ground on March 31, 2002, after serving more than three decades in prison. He was first reportedly arrested in 1960 while teaching at the Lhasa Primary School on charges of “corrupting the minds of children with reactionary ideas.” In 1964 he received a second sentence, where he served three years in Sangyip Prison for making comments regarding Chinese repression of Tibetans and also for not criticising the late Panchen lama during thamzing (struggle) sessions. 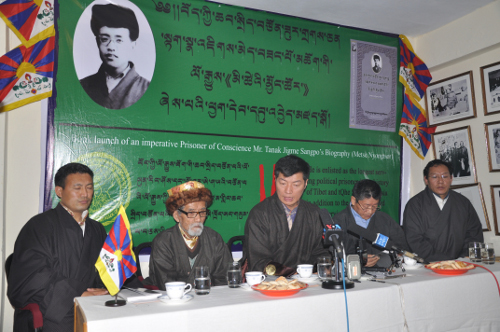