Sikyong Interacts with Students from Namgyal High School and Gurukul 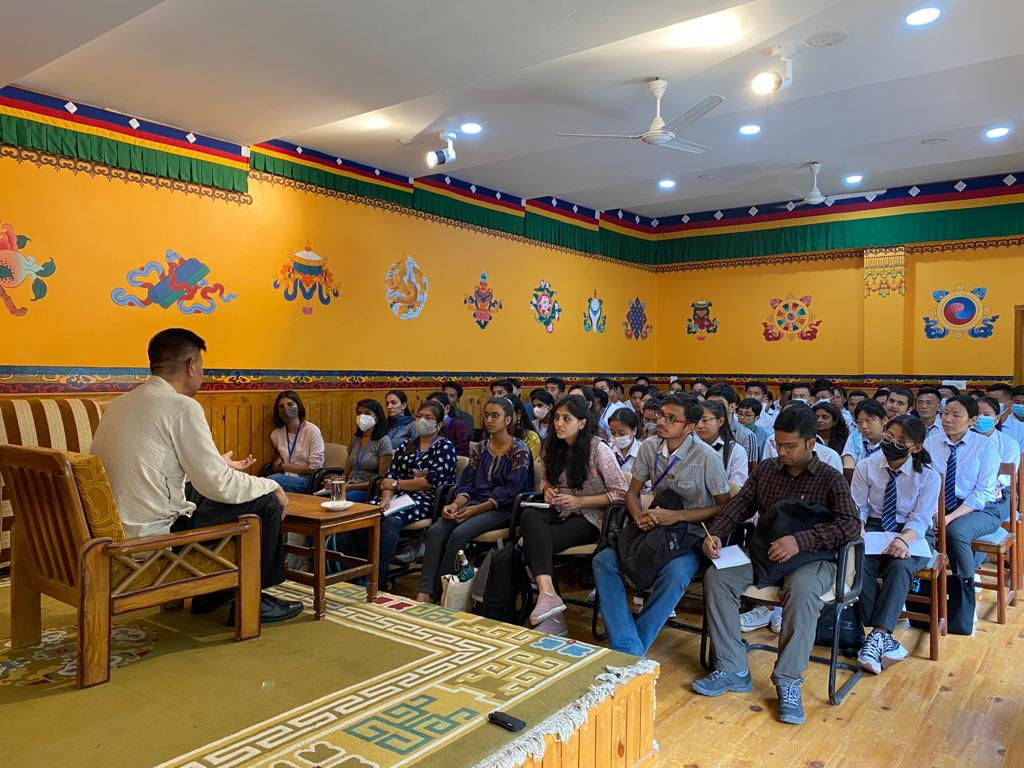 Dharamshala: Sikyong Penpa Tsering of the Central Tibetan Administration addressed the students from Namgyal High School, who were on an education trip, and Indian college students through the Gurukul Programme of Delhi-based Foundation for Universal Responsibility of His Holiness the Dalai Lama earlier today at the auditorium of Kashag Secretariat.

During his interactions with the visiting students, Sikyong Penpa Tsering thoroughly elucidated to the 64 attendees on a general history of Tibet, the Sino-Tibet dialogue, exodus of His Holiness the Dalai Lama led thousands of Tibetans into exile following China’s annexation, His Holiness’ introduction of a democratic system in exile, formation of the first ever Tibetan Parliament in 1960 and eventually transferring his political powers to the elected leaders in 2011. He further apprised the gathering about His Holiness the Dalai Lama’s establishment of Tibetan Administration, separate Tibetan schools, Men-Tsee-Khang, Tibetan Settlements, and monasteries through seeking support from the subsequent central and state governments of India.

Apart from these, the visitors were made acquainted with the organisational structure and functioning of the three pillars of CTA, CTA’s autonomous bodies and departments. Furthermore, the election of Sikyong and Parliamentarians after each five-year tenure, the existence of Office of Tibet in various countries and settlement offices in various regions of India to advocate, liaison, and look after the welfare of Tibetans were also informed to the students amassed at the Kashag’s hall. Before concluding his address, Sikyong added the recent digitisation of CTA’s corresponding in his talk, followed by answering visitors’ questions. 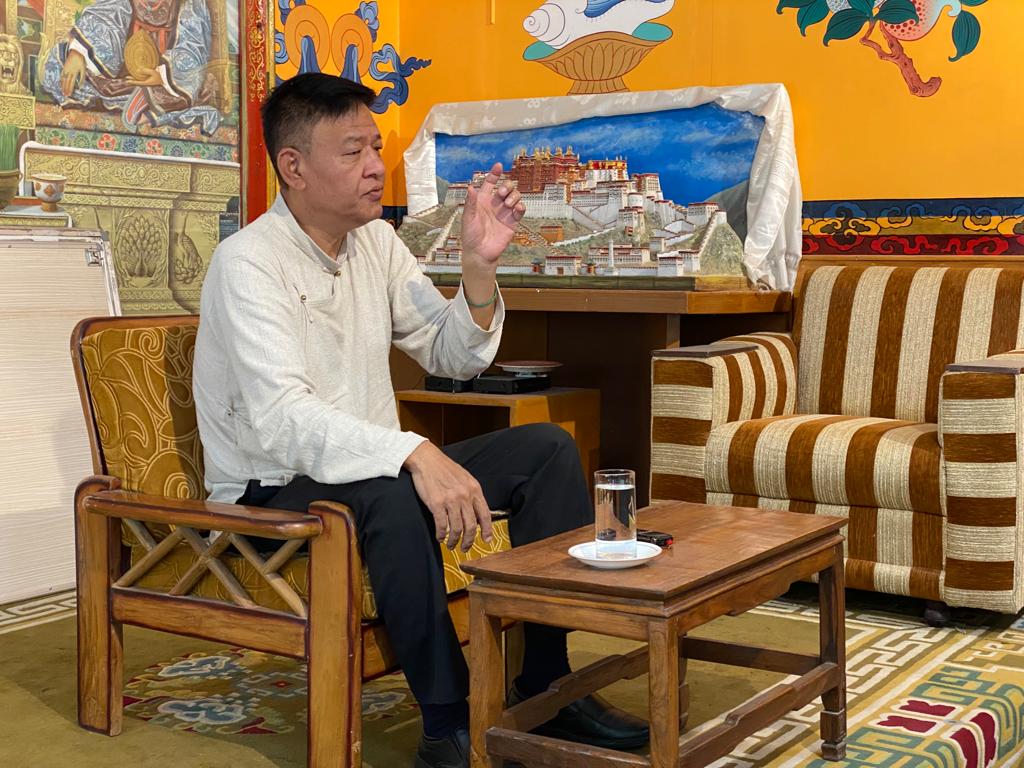 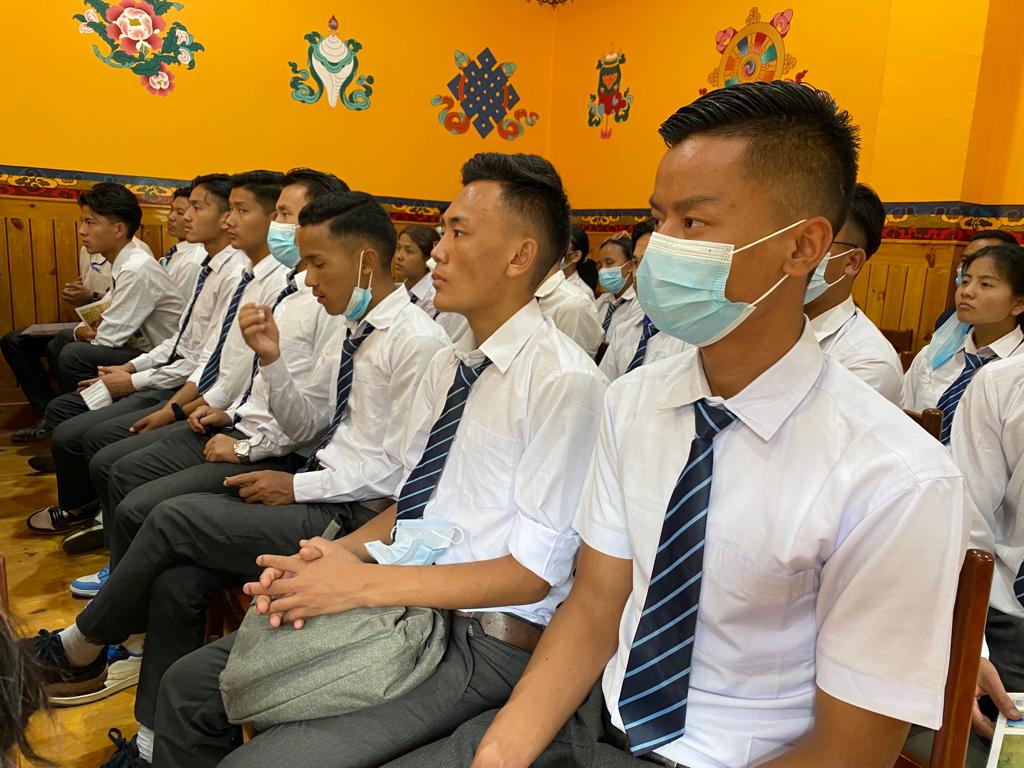 Students from Namgyal High School at the event 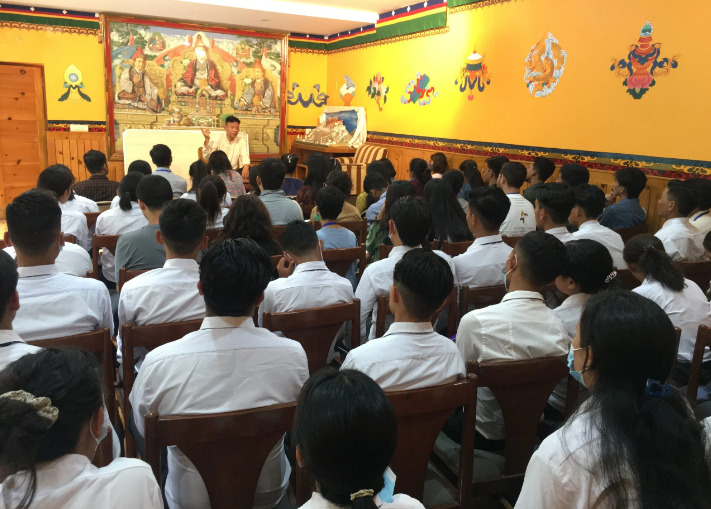